“In plain English this means that the US and Daesh have lost the war.” – The Saker

On Wednesday evening, Russia Insider released the story that the Russian Defense Ministry was claiming:

Originally this was simply reported as being what the Russians were claiming. If true, it meant a massive setback for the US and Israel and their radical Islamist proxies. Many were skeptical that this could possibly be true. Even we had our doubts.

Since the publication of that article, a lot of evidence has come out suggesting that it is largely correct:

Almasdar News, which is generally reliable, covered it here.

Here are some pics from that coverage: 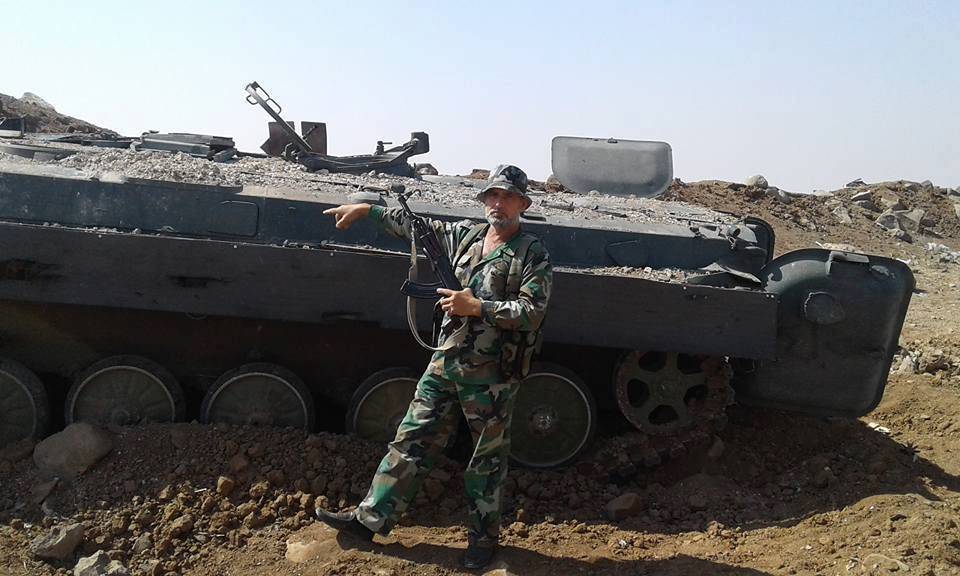 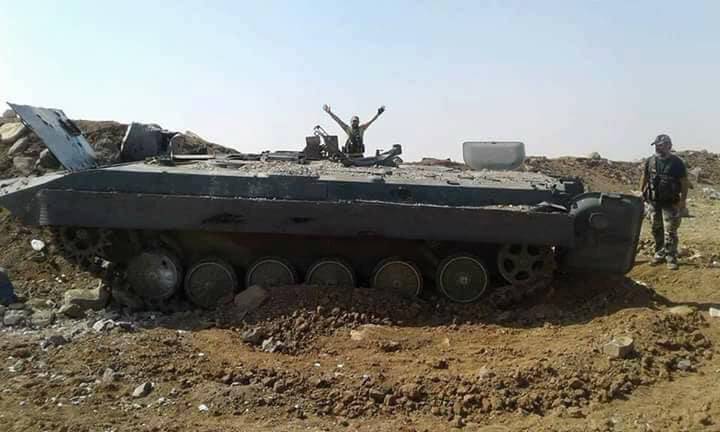 Above, a destroyed BMP and below destroyed T-90 tanks. 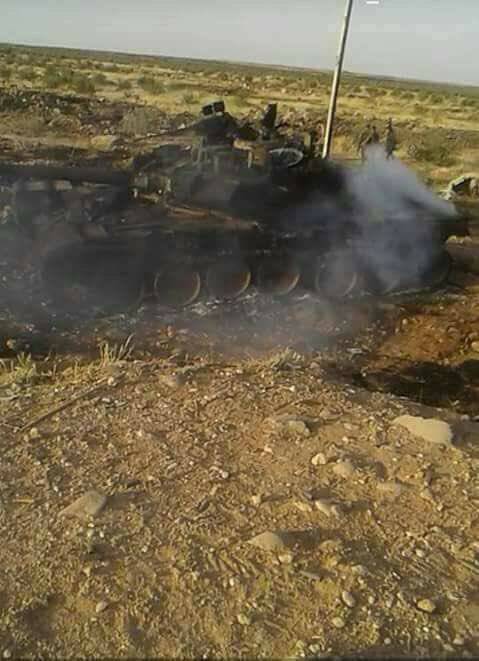 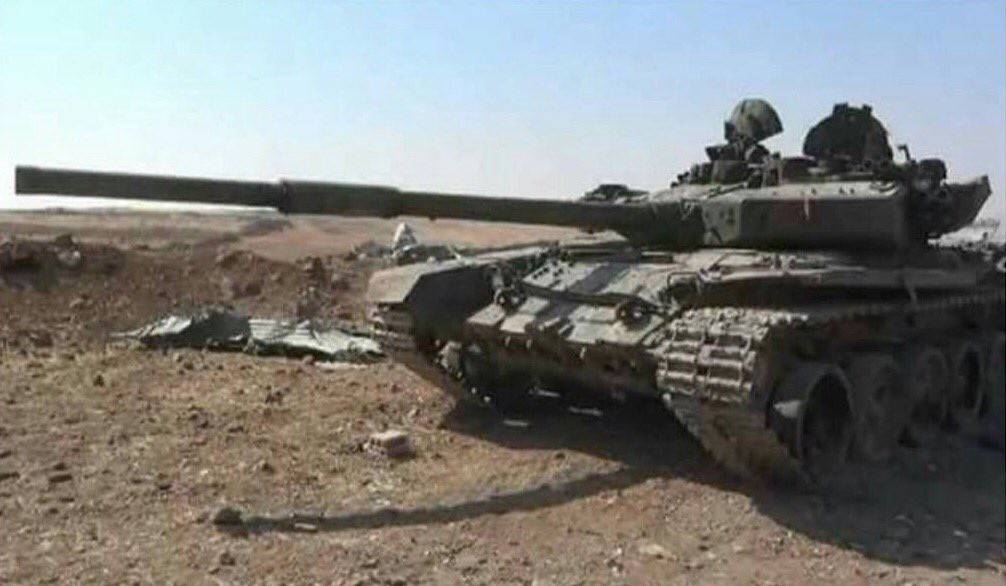 There is more graphic images on Almasdar showing corpses, and more photos can be found here.

Here is battlefield footage from the Syrian site Muraselon:

Here is a report from the main Russian Evening TV News (captioned), broadcast across all of Russia, giving more details (full transcript at the end of this article):

No major news source has covered this save for RT.

Russian Insider contacted SyrianGirl to get her perspective on this story. According to her sources on the ground, the report is largely based in fact, and the US losses were apparently devastating. SyrianGirl does however think that the Russians are inflating the numbers, as is common in such situations, but not by much.

Few are more on top of what is actually taking place on the ground in Syria than SyrianGirl. As Justin Huebner from Russian Insider put it, she is “almost prophetic on Syrian issues.”

The Saker also has an excellent article out about the battle. Check it out for a more detailed analysis of what happened. He’s saying it is a very big deal and a major defeat for the US.

In plain English this means that the US and Daesh have lost the war and that the last region of Syrian from which the AngloZionists can hope to partition the country (their current “plan B”) and establish a permanent US military presence is now threatened by the Syrian advance.

Here is the transcript of the Russian News Report:

Let’s move on to the Defence Ministry’s statements on the situation in Syria, and about USA’s rather exotic contribution to the fight against terrorism in Syria. ( LOL!)

US intelligence organized a massive offensive of the terrorist group Jabhat Al-Nusra, forbidden in Russia, on the outskirts of Hama, a city located in one of the de-escalation zones, in disregard of the ceasefire agreement.

They wedged in the government force’s defense, trying to surround them, and encircled a Russian military police unit, wounding 3 Russians.

The reason has been revealed. In fact, Pentagon is trying to prevent the Syrian army from moving to the east of Deir ez-Zor, which appears to run counter to American geopolitical plans. Ekaterina Mironova has the details:

The ceasefire agreement was signed in Astana 5 days ago. But Jabhat Al-Nusra militants don’t feel like respecting it.

The terrorists launched a massive offensive against government troops in the Idlib province, which is one of the 4 de-escalation zones.

The Defence Ministry’s briefing says that the offensive was prepared with considerable firepower. The terrorists used tanks and infantry fighting vehicles in combat.

As a result, they managed to wedge in the government forces’ defense by up to 12 km.

Another task of Jabhat Al-Nusra was to capture a Russian military police unit. The platoon’s function in Syria is peacekeeping.

The Ministry supposes that the militants were controlled from overseas. According to the data available, the offensive was orchestrated by the American intelligence services to stop the government troops’ successful progress to the east of Deir ez-Zor.

As a result of the militants’ attack the military police platoon was blocked.

They were repelling attacks for several hours, outnumbered by the enemy, shoulder-to-shoulder with the unit of Moali tribe, which signed the ceasefire agreement and adhered to it in such a difficult situation.

The Russian military immediately formed a group to deblock and to rescue the policemen.

The group was backed by Su-25 attack aircraft. They attacked from extremely low height. As a result, the encirclement was broken.

Three Russian fighters were wounded. This operation stopped the terrorists, dealing a serious blow to them. All the participants have been granted state decorations.

Capitalizing on the situation, the Syrian government troops launched a counteroffensive, reversing the momentum.

A heartbroken family is demanding to know why their loved one mysteriously died in police custody, and why several of his organs have been seized. York County, PA – (TFTP) Everett Palmer Jr. was a United States Army Veteran and a father of two before he died mysteriously in police custody earlier this year. Now, the Read More…

The U.S. and U.K. Helped Overthrow Gaddafi … This is Libya Now

According to UNICEF, women and children fleeing Libya for Europe are being beaten, raped, and starved in “living hellholes” in Libya, as reported by the Guardian. Children are reportedly being sexually abused, forced into prostitution, and held for ransom for months in squalid, overcrowded detention centers. UNICEF believes unofficial detention centers controlled by armed militias Read More…

In a blow to victims of human trafficking worldwide, a massive child sex ring was exposed in Haiti — involving international ‘peacekeepers’ with the United Nations as well as other high-level officials from around the world — and no one is going to jail. For years, UN peacekeepers, their high-level commanders, and other ‘personnel’ from around Read More…