Sheriff Joe Arpaio’s office failed to investigate over 400 sex crimes—with victims as young as 2 years old—in many of which the suspects were already known.

(TFTP) President Trump issued his first official pardon on Friday, sparing former Arizona Sheriff Joe Arpaio, who was found guilty of criminal contempt after he violated a court order in a racial profiling case by continuing to target illegal immigrants.

While both Trump and many of his supporters have applauded Arpaio, who refers to himself as “America’s toughest sheriff,” there is one thing he is not always tough on—pedophiles. 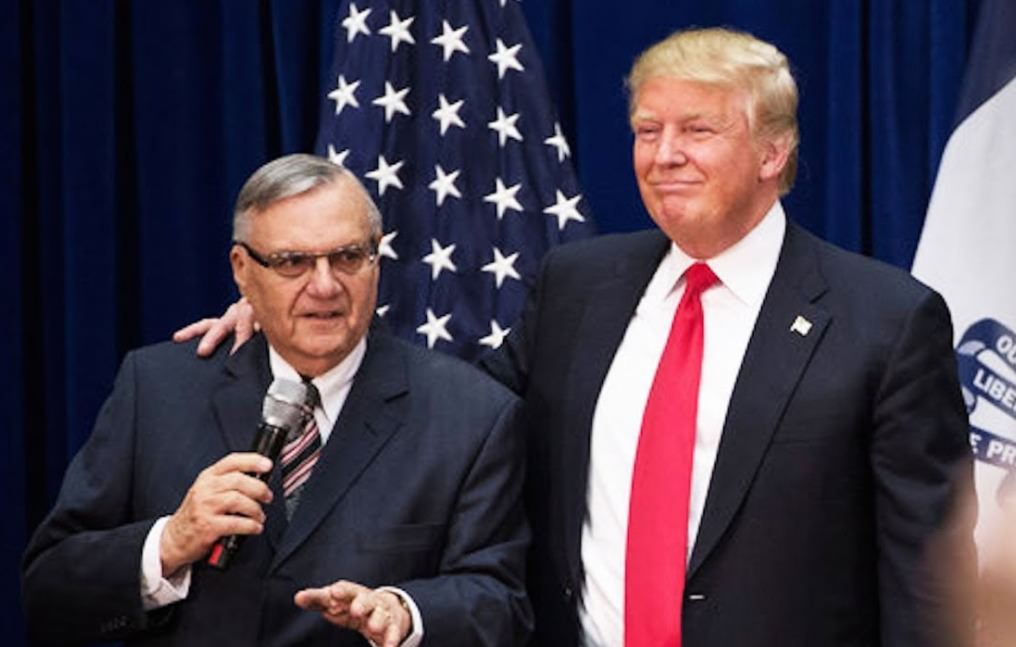 In fact, according to a report from the Associated Press in December 2011, Airpaio’s office failed to investigate “more than 400 sex-crimes” that were reported in Maricopa County from 2005 to 2007,

“including dozens of alleged child molestations—that were inadequately investigated and in some instances were not worked at all.”

The report cited current and former police officers familiar with the cases who claimed that victims of the horrific crimes were as young as 2 years old. In El Mirage, the city where Arpaio’s office was providing contract police services, officials reportedly discovered at least 32 reported child molestations, and even though suspects were known in all but six cases, Arpaio “failed to follow through.”

While Arpaio made headlines for his infamous Tent City Jail, a camp in which nearly 1,000 illegal immigrants were forced to live outdoors in Arizona’s sweltering 120-degree heat, he did not make headlines for his treatment of the children of illegal immigrants. According to the officers who worked with him, many of those children were victims of sex crimes, which Arpaio ignored, as he let their American citizen predators run free.

After Arpaio’s contract ended, and his office was no longer required to provide police services for El Mirage, Detective Jerry Laird told the AP he found that an overwhelming majority of the cases he received from the office hadn’t been worked, which meant that,

“there were no follow-up reports, no collection of additional forensic evidence and zero effort made after the initial report of the crime was taken.”

While some of the cases Arpaio’s office neglected were turned over to prosecutors, the report noted that the El Mirage Police Department claimed “most were no longer viable—evidence dating as far back as 2006 had grown cold or wasn’t collected in the first place, victims had either moved away or otherwise moved on.”

Arpaio held a news conference in response to the 2011 report, in which he said,

“If there were any victims, I apologize to those victims.”

As The Free Thought Project reported, a number of cases involving pedophiles have come to light under the Trump Administration, such as a pedophile ring investigation that resulted over 900 arrests in May, and a sex-trafficking investigation that resulted in over 1,000 arrests earlier this month. This raises the question—why aren’t Arpaio and other members of his office being held to the same standards?

Joe Arpaio’s harsh treatment towards illegal immigrants has stirred up controversy, but his outright neglect of children who are victims of sex crimes seems to have slipped under the radar.

Children have no control over which country they are born in, and they are the most vulnerable to predators. If a child is a victim of a sex crime, the question of whether the predators are “illegal aliens” or “legal American citizens” should not keep officials like Sheriff Arpaio from holding them accountable for their actions, and he should be held accountable for his failure to do so.

NSA Hacked The Election, Not The Russians

On this episode of The Geopolitical Report, we examine the unsubstantiated claim by President Obama, Democrats, and Republicans that the 2016 presidential election was fixed by Vladimir Putin and the Russians. The Washington Post and The New York Times are leading the charge to delegitimize the election and unseat Donald Trump. Absent from the debate Read More…

While the nation remained fixated on gun control and Facebook’s violative practices last week, the U.S. government quietly codified the CLOUD Act, its own intrusive policies on citizens’ data. While the massive, $1.2 trillion omnibus spending bill passed Friday received widespread media attention, the CLOUD Act — which lawmakers snuck into the end of the 2,300-page Read More…

As the Syrian government makes massive gains across the country, many are beginning to see the light at the end of the tunnel for the Western destabilization and attempt to destroy the secular government of Syria by the United States and the West. However, it must be remembered that the goal to impose hegemony across Read More…