In 2012, a study by the National Resource Defense Council issued the warning that some 40% of America’s food was being tossed in the trash, much of it because it failed the cosmetic standards of the grocery industry. In addition to the wholesale loss of food, the water, land and other resources used to produce trashed food is lost as well, representing a ridiculously short-sighted mindset about food.

If you’ve ever seen a real garden, you may have noticed that much of the earth’s natural produce is not perfectly shaped or evenly colored, yet, perfect looking food has somehow become a requisite for our consumer economy.

“Vast quantities of fresh produce grown in the US are left in the field to rot, fed to livestock or hauled directly from the field to landfill, because of unrealistic and unyielding cosmetic standards, according to official data and interviews with dozens of farmers, packers, truckers, researchers, campaigners and government officials.” [Source]

Americans and Europeans in general have in recent decades grown accustomed to wasting food on a massive scale, far more than people in other countries. This is a cultural phenomenon, as we may be the first generations in history to have so much food that we can afford to just toss it into landfills, not even composting it to grow more food, and the resulting problems will catch up with us.

“Food waste is the largest single portion of solid waste cramming American landfills. Since the 1970s, the amount of uneaten fare that is dumped has jumped 50%. The average American trashes 10 times as much food as a consumer in Southeast Asia, according to the Natural Resources Defense Council.” [Source]

A new study in 2016, confirms that now, 50% of all food produced in the USA ends up in the garbage, demonstrating that although the public, businesses and government know that squandering food has become a serious issue, the problem is exacerbating. Globally, it is now estimated a third of all food is wasted.

Ironically, the government, along with major players in the food industry are preparing for the eventuality of a global food crisis emerging within the next decade. Contractors working for the Federal Emergency Management Agency (FEMA) recently completed a crisis simulation measuring potential responses to a sudden and sharp increase in food prices triggered by a chain reaction of factors.

“By 2024, the scenario saw global food prices spike by as much as 395 percent due to prolonged crop failures in key food basket regions, driven largely by climate change, oil price spikes, and confused responses from the international community.” [Source]

The results of such a scenario are predictable nasty, including social unrest, even civil war. In short, massive insecurity, suggesting that we’d be wise to make a few course corrections in coming years, both to cut waste and to increase and to decentralize production. Something as common sensical as being frugal with food should be a matter of personal responsibility, not enforced by law, however, in France and a few other nations, legislation now forbids retailers from wasting food.

Shifting from an industrial model to a community organized model of local food production is also critical, but the individual will to do so must first be kindled. This is the real needed change that will only occur when people reconnect and familiarize themselves with what real food looks, feels and taste like. Learning to eat healthy, natural foods causes itself a chain reaction within in the individual, causing an increase in respect for food, thus a decrease in waste. 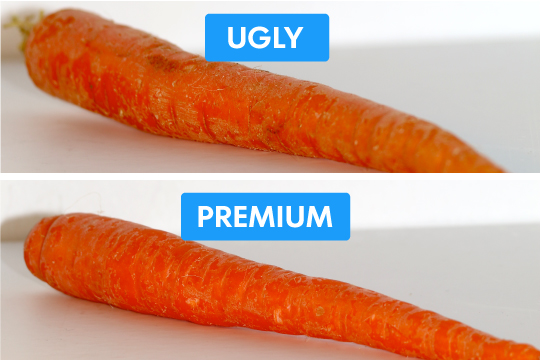 A re-awakening to our connection with the true nature of food and how it is grown would prevent any looming crisis, and there would be no need for government or big business to come up with top-down solutions that require intense resources, funding and bureaucracy to implement.

To this end, there is already a revolution happening, as people are rediscovering the benefits and joys of gardening, en masse. This movement is already so impactful that gardeners like Ron Finley have been publicly dubbed ‘gangsters of gardening,’ because at this moment in time it gardening is truly more meaningful to society than voting.

Many social movements have also cropped up as innovative people find creative new ways to produce nutritious food. An open source environment along with improvements in farming techniques, organic chemistry and farming technology, are making it possible for us to grow highly nutritious food in even the densest of urban environments.

We already have the solution to the looming food crisis. The solution is simple: grow, preserve and share your own food.

Cook County Commissioner Richard Boykin recently met with the Assistant Secretary General of the United Nations during which he requested that the world governing body send troops onto the violence-plagued streets of Chicago. While no one can deny the fact that Chicago is essentially a war zone, the fact that a liberal city commissioner is Read More…

Welcome to The Daily Wrap Up, a concise show dedicated to bringing you the most relevant independent news, as we see it, from the last 24 hours (1/14/19). As always, take the information discussed in the video below and research it for yourself, and come to your own conclusions. Anyone telling you what the truth Read More…

Washington, D.C. – Contained within WikiLeaks’ recent release of hacked DNC emails is a message from billionaire globalist financier George Soros, to Hillary Clinton while she was U.S. Secretary of State, that clearly reveals Clinton as a puppet of the billionaire class. Found within the WikiLeaks’ Hillary Clinton email archive is an email with the subject ‘Unrest Read More…