Currently, the attention of mainstream media is focused on the situation in the battered enclave of Eastern Ghouta. More than 80,000 civilians have already fled the region via humanitarian corridors despite numerous threats from terrorists, and the humanitarian situation there is being improved day by day. However, the same cannot be said of Raqqa that lies in ruins.

For almost four years, Raqqa was run by ISIS terrorists. The residents who were unable to flee the city had to obey the laws of jihadists. Those who had refused to comply with the rules of ISIS were subjected to torture or publicly executed on the city’s streets. 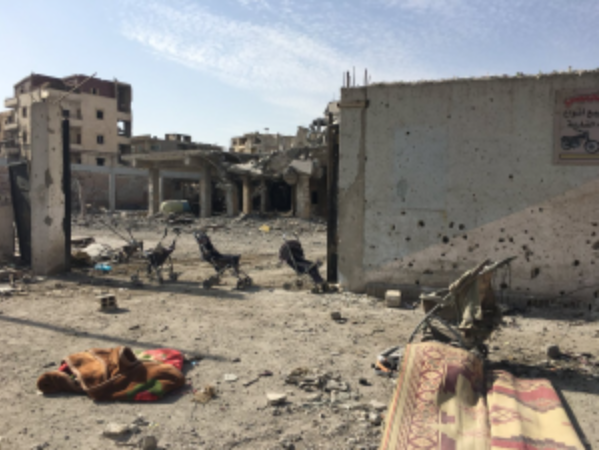 In October 2017, after five months of grueling battle, the U.S. backed Syrian Democratic Forces (SDF) ended the battle for the de facto ISIS capital. However, the U.S. media were silent about the price of victory in Raqqa.

Yet, during the city’s assault, several Syrian experts pointed to the irresponsible and ill-considered actions of the U.S.-led international coalition. The coalition strikes frequently led to the numerous victims among civilians and extensive destruction of civilian infrastructure instead of the elimination of terrorists. On October 19, 2017, USA Today reported that the total civilian death toll at over 1,800, and around 80% of the city is completely destroyed.

Actually, much more people suffered from terrorist attacks as well as actions of the so-called liberators. This is evidenced by mass graves containing bodies of dozens of civilians and Syrian servicemen found in the outskirts of Raqqa. 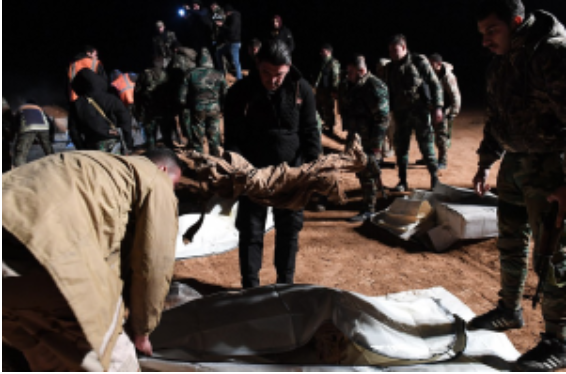 At the same time, a woman told France 24 journalists that all her relatives had been killed by a coalition airstrike and their bodies were still under the rubble of her house. She also said the Kurdish commanders had tried to extort money for the alleged reconstruction of Raqqa instead of any assistance or support.

Notably, due to the rise of daily temperatures, the dead bodies lying under the rubble start to decompose very rapidly. Then putrefaction enters to the soil and groundwater that could lead to numerous disease outbreaks and dangerous epidemic.

Indeed, after the total “liberation” of Raqqa by SDF and American servicemen, the locals are still oppressed. This time the acts of aggression came from the Kurds.

Nowadays the locals face yet another threat in the shape of improvised explosive devices, which have been left by terrorists. According to a Human Rights Watch statement, homemade landmines have killed and injured at least 500 civilians, including more than 150 children, in Raqqa, Syria since the Islamic State (also known as ISIS) was pushed out of the city in October 2017. 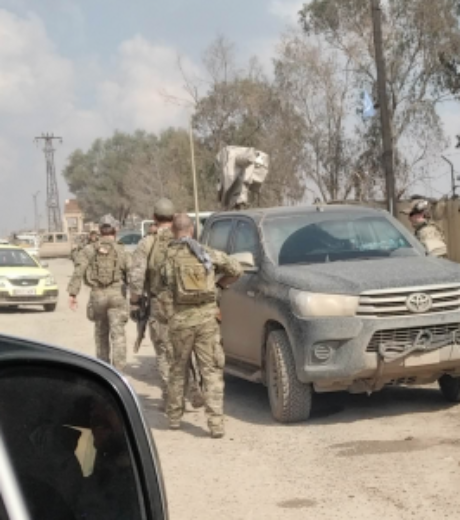 Such information sounds shocking and raises many questions in regard to the SDF ‘engineering units’ which started de-mining only one month after its full liberation.

Nowadays Raqqa looks like a ghost town with ruined and uninhabitable houses as the restoration works have not started in full swing. Moreover, the water and electricity supply have not yet been restored.

In comparison, de-mining and dismantling the explosive devices in Aleppo by the Syrian sappers with the support of the Russian colleagues began just after the liberation of the city and took only three months.

Furthermore, the American authorities have repeatedly stated their intention to take an active role in the restoration, mine-clearance as well as assistance to the locals after the full liberation of the city from ISIS. After the city fell under the control of SDF, Washington preferred to break its promises.

So, the U.S. is directly responsible for the current catastrophic humanitarian situation in Raqqa. Turning the city into ruins Washington tries to cover up the war crimes committed by its forces and block entrance of the humanitarian aid sent by the UN. Such illegal actions shatter hopes of the locals of returning to peace.

Firas Samuri
Firas Samuri is a contributer to The Last American Vagabond from Inside Syria Media Center.
https://www.thelastamericanvagabond.com

Following the Iraqi parliamentary elections in mid-October, Western media have rejoiced at what they frame as a clear sign of Iraq’s rejection of the Iranian allied Popular Mobilisation Units (PMU)’s. But despite their wishful thinking, an honest analysis, based on a knowledgable understanding of Iraq’s electoral system, reflects the complete opposite. The largest problem posed Read More…

By now we should be able to acknowledge that the election is rigged and that none of the current candidates represent the deepest interests of the American people or the human race. Never the less a sea of human energy and resources are being dumped into the phony contest, all the while, critically important issues go Read More…