“WAKE UP & JOIN THE RESISTANCE,” Silverman wrote. “ONCE THE MILITARY IS W US FASCISTS GET OVERTHROWN. MAD KING & HIS HANDLERS GO BYE BYE [four heart emojis].” 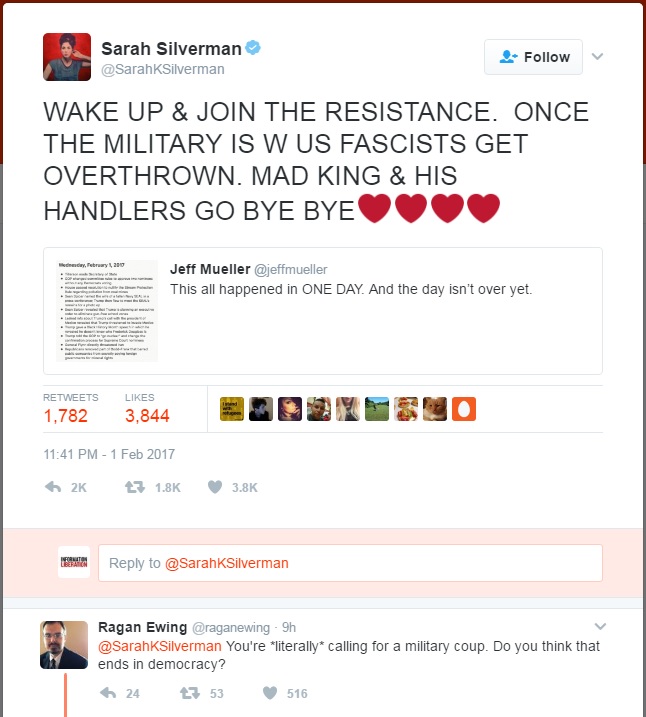 Hollywood director Judd Apatow similarly tweeted the riots at UC Berkeley are “just the beginning” and asked, “When will all the fools who are still supporting Trump realize what is at stake?” 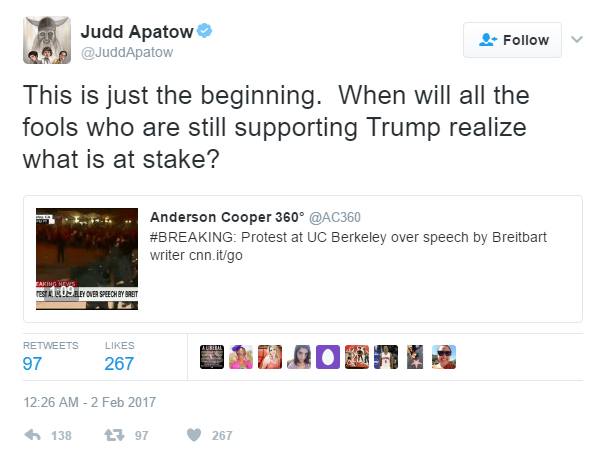 After being asked why he was supporting criminal violence, he deleted the tweet “because it was vague.” 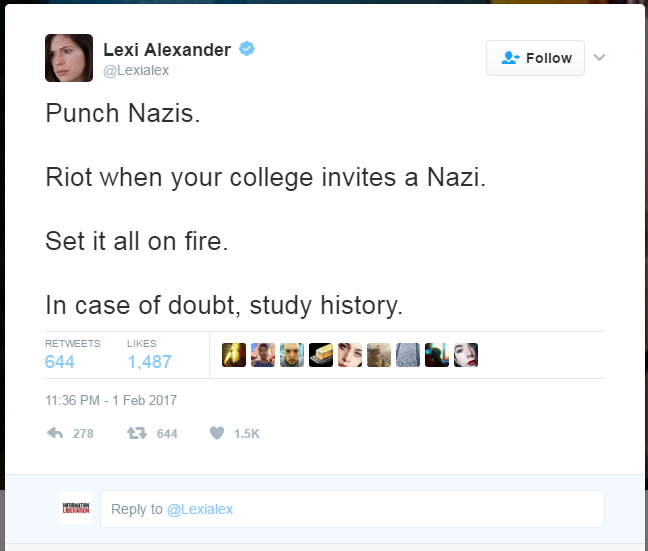 “Punch Nazis,” she said. “Riot when your college invites a Nazi. Set it all on fire. In case of doubt, study history.”

Hollywood is now openly supporting political terrorism and the violent overthrow of our democratically elected government through a military coup.

This is the textbook definition of terrorism. These criminals need to be brought up on charges.

Contributed by Information Liberation of informationliberation.com

When a divided U.S. Supreme Court ruled in favor of Citizens United in 2010, it reshaped the political landscape by opening the floodgates to what is known as “dark money.” Unlimited amounts of secret cash can now be funneled to political candidates from entities posing as nonprofit organizations, and the public has no right to Read More…

Talking to US troops in Europe related to ongoing tensions with Russia, Marine Commandant Gen. Robert Neller warned that he sees “a war coming,” and that troops deployed there are in for “a big ass fight.” The commandant’s speech was meant to focus on the importance of readiness for troops in Europe, and particularly for a new rotational Read More…

In a bid to assist addicts, rather than lock users in cages, Norway’s parliament voted last week to decriminalize all drugs — citing Portugal and its general success lowering addiction and incarceration rates, getting those who need it into treatment, and drastically reducing crime and other issues related to the illegality of substances for personal use — thus, Read More…