The U.S. Department of Energy activated the Emergency Operations Center Tuesday due to a tunnel collapse at the Hanford nuclear site. 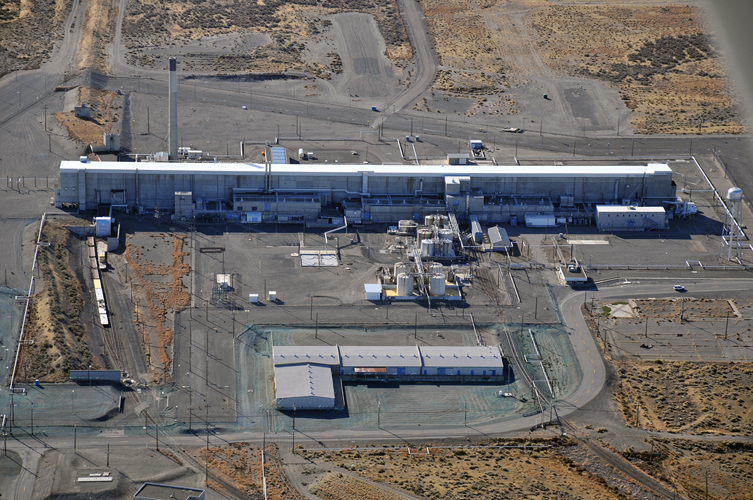 According to KING-TV, a “tunnel in a plutonium finishing plant collapsed in Hanford early Tuesday morning. The tunnel was full of highly contaminated materials such as hot radioactive trains that transport fuel rods.”

The dark area underneath the tall orange flag is the collapse site – a hole left by the tunnel collapse. pic.twitter.com/7fvqsRimhC

As Breaking911 reports, some workers were being evacuated while others were advised to shelter-in-place. The Hanford Fire Department is on scene and updates will be posted as they are available. Workers in the vicinity are still being sheltered as a precaution.

Other first responders standing by at Hanford, waiting to hear if they can move in closer. pic.twitter.com/uFTZPmkKcj

From the U.S. Department of Energy:

“The U.S. Department of Energy (DOE) Richland Operations Office activated the Hanford Emergency Operations Center at 8:26 a.m., after an alert was declared at the 200 East Area. There are concerns about subsidence in the soil covering railroad tunnels near a former chemical processing facility. The tunnels contain contaminated materials.”

US President Donald Trump’s close ally and lawyer Rudy Giuliani spoke of “revolution” and the “overthrow” of Iran’s ruling clerics at a rally of anti-government Iranian Americans on Saturday as the administration continues its offensive against Tehran. Giuliani spoke at the so-called 2018 Iran Uprising Summit in midtown Manhattan, hosted by the National Council of Resistance of Iran Read More…

In shades of Iran-Contra, the Pentagon will be stepping in for the CIA as arms supplier for the “moderate rebels” in Syria. The CIA program was covert, and the Pentagon’s follows suit by falsifying paperwork to mask the destination of the weaponry, as revealed by a new report from two watchdogs. On July 19, the Read More…

The Late SCOTUS Justice Scalia Thought Obama Was Spying On Him

According to Judge Andrew Napolitano, the late Supreme Court Justice, Antonin Scalia suspected that former president Barack Obama was surveilling him and the entire Supreme Court. Napolitano also believes it is necessary to subpoena Obama in an attempt to uncover the truth. “Justice Scalia told me that he often thought the court was being surveilled. And he Read More…