The United States drone program by all objective analysis has not been a precision instrument for killing terrorists. Instead, the program has reversed long-standing policies of basic international human rights and rules of war by implementing pre-emptive killing without due process.

After years of Obama’s drone strikes that independent watchdog group Airwars estimated to have been ten times the number as those of George Bush before him, the political pendulum has swung back to the right, but the killing of civilians continues to accelerate under Obama’s supposed arch nemesis Donald Trump.

Related Reading: The US Gov’t Killed More Civilians This Month Than All Terrorist Attacks in Europe Over the Last 12 Years

Now, however, all pretense at protecting innocent lives is about to be cast off and the killing will become inexplicably worse as the Trump admin reportedly seeks to do away with a clause contained in the Presidential Policy Guidance known as “near certainty.” As Daniel R. Mahanty, senior advisor for CIVIC’s U.S. Program, explains:

In 2013, President Obama, who drastically increased the number of drone strikes during his tenure, delivered a speech in which he outlined the contours of new Presidential Policy Guidance, or PPG, making this principle abundantly clear. Henceforth, the decision to target and kill people outside “areas of active hostilities” would require a “near certainty” of no civilian casualties, and lethal force would only be used when capture was not feasible. In essence, the use of force in these limited circumstances would more closely approximate a law enforcement, rather than wartime, paradigm.

As Mahanty later notes in his article, this Guidance itself is fundamentally unsatisfactory to anyone who values human rights, due process, and international rules of engagement, but at least it acknowledged that civilian casualties are deeply unacceptable and must be avoided as a principle tenet of foreign policy.

There is evidence to suggest that the new administration has, in practice, already dismissed the “near certainty” clause as civilian deaths have increased by orders of magnitude since Trump took office. Here are the numbers from Airwars.org which hardly do justice to the human lives these statistics represent: 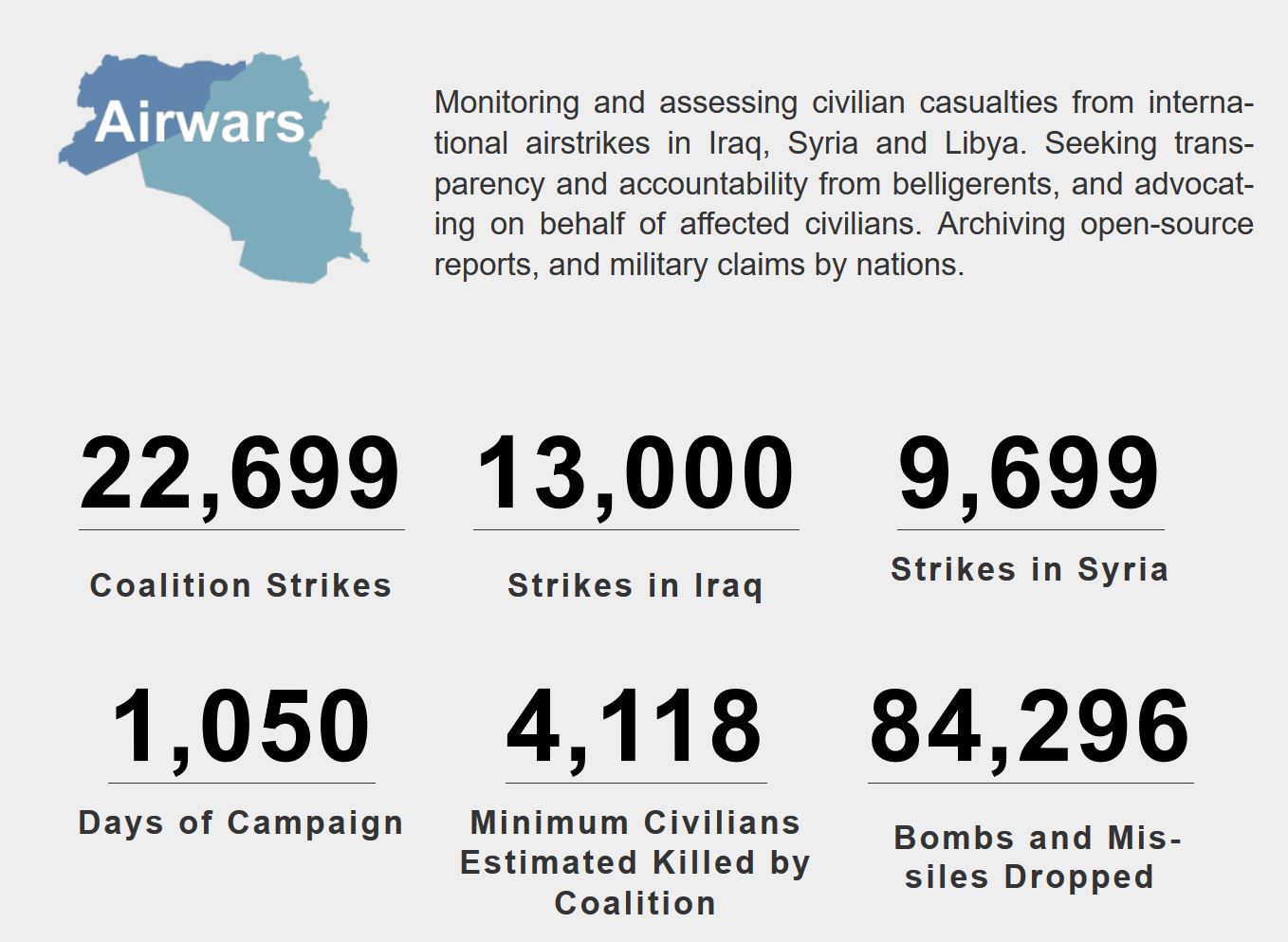 Take notice of the category “Minimum Civilians Estimated Killed by Coalition.” Despite that qualification, U.S. CENTCOM has reported only 1/10 of that number, demonstrating full knowledge of how these deaths will be perceived by the average decent human being. And here is what it looks like during the transition period from Obama to Trump in the two most heavily targeted countries:

Even if one supports the concept of kill or be killed, the loosening of an already ludicrously loose policy of drone bombing will be embraced as a countermeasure by the increasing number of nations who are developing drone programs amid a global drone arms race of military supremacy. Moreover, any sentiment that the U.S. once had as a peaceful nation forced to fight back following 9/11 is no longer a defensible position.

As the drone market is set to double by 2024, and as drone lethality is being designed to increase, it appears that innocent people are a distant consideration compared to the hungry needs of the military superstate.

Cannabis Tracking Nanotech, Brewing War in Syria & The FISA Memo That “Could” Bring Down The House

Welcome to The Daily Wrap Up, a concise show dedicated to bringing you the most relevant independent news, as we see it, from the last 24 hours. With the impending government shutdown that will no doubt be avoided “just in the nick of time,” with the nail-biting made for TV drama that is American politics, many very Read More…

Welcome to The Daily Wrap Up, a concise show dedicated to bringing you the most relevant independent news, as we see it, from the last 24 hours (8/31/19). As always, take the information discussed in the video below and research it for yourself, and come to your own conclusions. Anyone telling you what the truth Read More…

Welcome to The Daily Wrap Up, a concise show dedicated to bringing you the most relevant independent news, as we see it, from the last 24 hours (4/28/19). As always, take the information discussed in the video below and research it for yourself, and come to your own conclusions. Anyone telling you what the truth Read More…