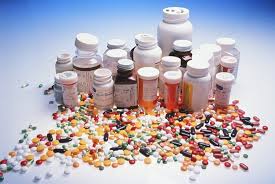 One should ask themselves why these billion dollar companies would waste money to fund an anti-marijuana campaign. The answer is simple: Cannabis scares them. The sad fact is that there is no money in curing, only in treating. These companies fear a medicine that cures and can be grown in one’s back yard. According to the British Medical Journal, every 1 dollar that pharmaceutical companies spend on research and development, they spend 19 dollars on promotion and marketing of their drugs. Their focus is not on what is most helpful to the public, but rather what is the most profitable. These companies are legalized drug dealers, nothing more, and yet marijuana, which has never taken a life, is illegal.

Welcome to The Daily Wrap Up, a concise show dedicated to bringing you the most relevant independent news, as we see it, from the last 24 hours (2/11/19). As always, take the information discussed in the video below and research it for yourself, and come to your own conclusions. Anyone telling you what the truth Read More…

Escalation In Armed Confrontations With US In Syria & Iraq

The US Biden administration’s failure to revive the Iran Nuclear Deal and de-escalate tensions in both Syria and Iraq, has led to a new round of violence which rests solely on a stagnant Middle East policy maintained by hardliners in Washington. Last year saw 7 rounds of indirect negotiations between Iran and the United States Read More…

The Russian surveillance vessel the Viktor Leonov was reportedly leaving the Caribbean over the weekend bound toward the U.S. East Coast. Florida will be reached by next Friday, and before this, the King’s Bay ballistic missile submarine base in Georgia is also along their projected route. This comes on the heels of what has gone largely Read More…