Of all the misinformation continuing to circulate around the issue of marijuana legalization, this myth is by far the most absurdly incorrect. The most unsettling aspect of these myths is not that they exist, rather that those still proclaiming them as truth are acutely aware of their falsity. This is also called blatantly lying. How can any American truly trust their elected officials after a campaign as massive, deceitful and all-encompassing as this country’s 80 year war on marijuana? Those that have been following this series are aware of how deep that deception goes. When one who is meant to embody the essence of the democratic process claims that not enough studies have been done involving cannabis, yet the proof is easily accessible, what is one to think? Children are dying, cancer patients are withering away, and those charged with the people’s well being are lying about the cure to protect their profits. 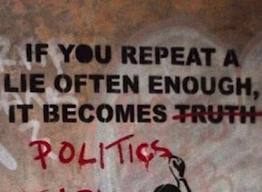 It can be quite hard for many to accept the fact that they have been lied to by the very leaders in which Americans are meant to put their faith. These men may very well have had reasons they felt were justified, or acted out of some misguided intention of protection. One can understand that action if not condone it. However, in this stage of the debate, all the pertinent information is up front and center, and for anyone to claim that the data is not there, is outright laughable.

Cannabis has had a longer history of safe and effective use as a therapeutic agent than virtually any comparable substance. Cannabis based textiles have been identified in northern China dating back to 7000 B.C and the recognition and use of the plant’s medicinal abilities date back almost as far. Cannabis has been used in this country as an all-purpose fabric, oil, paper and medicine until the early to mid nineteen hundreds when it began to compete with the leading industries that were primarily run by the country’s ruling families. The general acceptance and use of this plant in American history does not scientifically prove it to be safe, but does show that the continued use over the last 500 years hasn’t had the devastating effects that today’s government would have the people believe will break out across the country when the plant is legalized. The scientific studies came after the illegalization of the plant, and some of them date farther back than many realize. 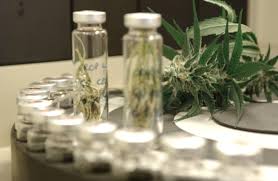 Some might also claim that there aren’t sufficient clinical trials, versus scientific studies, evaluating marijuana’s safety and efficacy as a medicine; which is also dramatically incorrect. More than 100 controlled trials, involving thousands of participants, have tested and evaluated the safety and efficacy of cannabis. Most recently, a review of FDA-approved cannabis trials conducted by various California Universities concluded,

“Based on evidence currently available the Schedule I classification (for cannabis) is not tenable; it is not accurate that cannabis has no medical value, or that information on safety is lacking.”

This body of clinical evidence exceeds that of many FDA-approved prescription drugs. According to a 2014 review published in the Journal of the American Medical Association, of the 188 novel therapeutic agents approved by the FDA between the years 2005 to 2012, “The median number of pivotal trials per indication was two, and 74

indications (37%) were approved on the basis of a single trial.” Drugs that stand to increase profit for the pharmaceutical industry are fast-tracked into public use, apparently whether or not the drug is adequately tested, and even if it takes a few lives during the evaluation process.

The FDA recently approved a new super-Vicodin type drug called Zohydro. This drug contains up to five times the amount of hydrocodone and does not have time-release protection, so it can be easily crushed up and snorted or injected by those who would abuse it. This drug was approved after only one twelve-week trial in which five of the people involved died as a result. Yet cannabis, which has been widely used in all facets of American life for centuries (until the last hundred years) with zero deaths, is dangerous and unlawful in the eyes of the Feds. This is the very definition of hypocrisy.

“When you talk to pain specialists in our field, they will all tell you one indisputable fact: opiates are lousy drugs to treat chronic pain” said one FDA committee member who voted against Zohydro approval

There can be no doubt that this myth is indeed false. The question each American must ask themselves is why does the government continue to lie when the truth is so clearly documented? What do they stand to gain? What in American culture is so sought after that it would cause the leaders of this country to stand before the nation and intentionally dismantle the perception of the most versatile, medically and industrially useful plant the world has ever known? It’s the same answer to all the whys behind every political deception: Money.

If a chemical weapons “attack” comes to pass in the place it has been predicted, it would be the first such provocation blamed on Assad to take place in territory occupied by a foreign power, likely triggering an intensified military response from the U.S. DAMASCUS – Though last month’s unilateral bombing of Syria by the U.S., U.K. and Read More…

The US State Department has issued a statement accusing the Syrian government of having carried out a false flag chemical weapons attack in northwestern Aleppo with the intent to blame it on the jihadist factions in the region, citing “credible info” that the public has not been permitted to see. Never mind the known fact that Read More…