Australia. Where the gritty ambition of vivacious travelers fashioned this nation upon its bewitching red dirt, has delivered dishonor to its deepest roots. When we smother refugees with hate, we smother ourselves and everything that we are with it as well. Australian culture is as broad, varied and enriched with color as its landscape. As this nation of immigrants is nothing without its embedded relentless acceptance, as we sing with hearts in hands “for those who come across the sea, we’ve boundless plains to share.” The current state of Australian immigration should horrify us; we should be emotionally moved and rigorously seek to challenge its ugliness.

Manus and Nauru, are both facilities of offshore detention orchestrated and affiliated with the Australian government, for the purpose of processing asylum seekers attempting seek refuge within the country. Irregular entrants began being transferred to Nauru on 14 September 2012 and to Papua New Guinea (Manus Island) on 21 November 2012.

The contents of these ‘processing’ procedures is extensively questionable.

In all Australian states, it is illegal for teachers, doctors, nurses and other social professionals to with-hold information upon learning of suspected physical, mental and sexual abuse of children. However, this act does apply to immigrant children, and it is in fact illegal to approach law enforcement or the media about the recorded abuse of children within Australian detention centers. The penalty for doing so is two years imprisonment. The fact that the Australian government created a law silencing people, directly contradicts their rights of free expression in democracy.

Prior to the implementation of the act, a cache of 2,000 leaked reports revealed the abuse of children in Australian offshore detention. The Nauru files revealed reports of assaults, sexual abuse, self-harm attempts, child abuse and living conditions endured by asylum seekers held by the Australian government, depicting the true nature of Australian detention.

Analysis of the files reveal that children are vastly over-represented in the reports. More than half of the 2,116 reports, 51.3% involve children, despite children making up only about 18% of those in detention on Nauru during the time of the reports. The discoveries came just weeks after the uncovering of the emotionally destroying treatment of young indigenous children, including images of 17-year-old Dylan Voller in a mechanical restrain chair and spit hood, in juvenile detention facilities in the Northern Territory. The reports range from requests of shower time being accepted on condition of sexual favors to children drinking pesticide in attempt of taking their own lives. 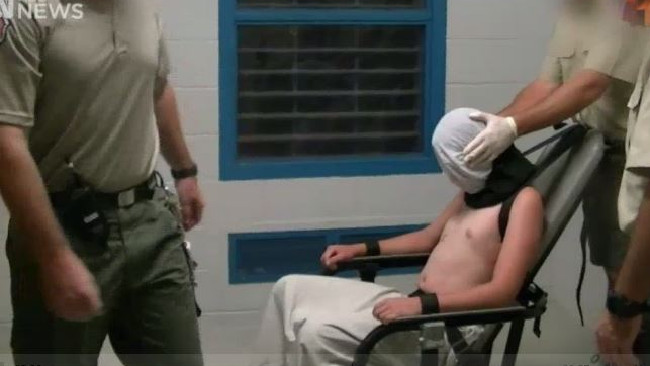 Currently, even though the Manus centre has been closed since October 31st 2017, there is still 600 refugee detainees on the island. The center is now without electricity and water supplies as guards destroyed water tanks on a 31 degree day. The detainees fear for their security and safety, and have no trust in the alternatives given to them by Australian officials. These individuals need help, and no one can blame them for losing trust in their abusers.

The insufferable degrees of hatred being thrown at any Australian of non- Anglo-Celtic ancestry that dares attempt to enter Australia is perturbing and seemingly contradictory to the country’s history. Australian history is littered with wave after wave of immigration, and with a population of twenty-three million, over one-quarter were born overseas. How is it, that with such a large immigrant population, a persistently xenophobic rhetoric still continues?

More information about the Congressional probes into the Obama-era Uranium One deal leaked out Thursday when Reuters reported that Senate Republicans say their investigation into the Clinton’s role in approving the deal largely hinges on the testimony of a secret informant who was until recently the subject of a federal gag order. But a month after Trump Read More…

Having stunned the media with his Monday night announcement before members of Congress during a private reception that Trump only lost the popular vote due to vote fraud, the president refused to back down the next day, when on Tuesday the White House said Trump stands by his belief that millions of people voted illegally in Read More…