As the American empire shakes itself apart, this generation will find itself with fewer and fewer options. Economic contraction (two words everyone should become familiar with) will eat away at every layer of this economy. Climate change will act as a threat multiplier, high-power weather patterns will destroy infrastructure, and leave less money to invest in the future. What Americans will see is triage, the government will be forced to spend dwindling resources on helping people adapt to climate change, or fight endless wars overseas. 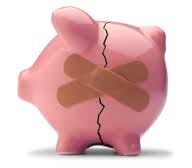 Is this alarmist? Well three weeks ago in the article titled “The End of Higher Education” two distinct predictions were made. The first was that this country is on the brink of yet another financial crisis and it would be triggered by the implosion of the shale oil bubble, also known as tight oil. As of last week three of the smaller shale oil companies have declared bankruptcy, with one having a debt of $6 billion dollars and assets of only $60 million.

The second prediction was that the US university system would also implode starting with small to mid-sized liberal arts colleges. One day after the article was published Sweet Briar College and Tennessee Temple University, two small liberal arts colleges, are closing their doors sighting declining enrollment and financial difficulties. This is the beginning of a trend.

The university system is not going to implode, it is imploding. Hopes for an American renaissance based higher education and technology are imploding with the university system. So what can be done? Self-education has been mentioned several times in past articles and that subject is a horse that should be beat until it’s pulp. Many Americans 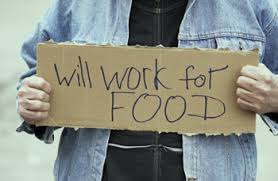 already work in skilled trades and as the choices for full employment dwindle, choices will have to be made; middle-class life style as seen on TV or a more humble occupation as tradesmen.

Community organizers will play a pivotal role in this generational transition. People will have to build lists of apprenticeships, training courses, and practical education available in their localities. Small sized cities will have the best chance of making the transition successfully, since they’ll have the man-power and the space to donate for DIY projects. The key will be getting hands on experience in things like home maintenance, mechanical engineering, tailoring, horticulture, and the like. This may sound somewhat backwards. For the entirety of our lives we’ve been told to focus on science and technology, but let’s face facts. It takes a lot of money to set up and run high-tech research operations. A country as bankrupt, and with skewed priorities, as the United States isn’t going to spend on high-tech. Focus needs to be on things that will help the communities, help localize the economies, and build up the kind of resilience needed to survive a changing world.

For those community organizers reading this, or those interested in helping develop more localized communities, this is what needs to be done. One, get a group of people together who have skills. Two, set up an agenda for the most urgent training needs. Three, contact other hobby groups or non-profits in the area to coordinate. Four, start training. Five, accumulate wealth. To clarify, wealth does not mean money; it means actual goods – tools, BOOKS, and technology that is appropriate to each area’s specific economic status. Don’t waste on high-tech things that can break down easily, spend money on things that last, and that can be repaired. Finally, start expanding the group and developing maker spaces.

Self-education is a difficult task. Everyone in this country has been trained to be passive consumers. Now every individual needs to change that by focusing on becoming conservers. Every citizen needs to conserve skills, knowledge, tools, and traditions to prosper. It’s going to be a long road and for those still not convinced, wait a year.

Prediction: By the end of this year, a lot more Americans will be without work and without options. Remember this article when the time comes.

In 2012, the State of New Hampshire passed a measure that eased the state’s intervention into the operations of homeschooling families by reducing the number of filings parents would have to submit in order to get state approval for their efforts to educate their children. This move, according to Home School Legal Defense Association (HSLDA), reduced the Read More…

Trump collusion with a foreign terrorist regime who he directly profits from and deals with is proven—but it’s not Russia, so corporate media is silent. In Russia, there are free speech zones, gays are persecuted, and speaking out against the state is often met with police brutality — just ask the activist band Pussy Riot. Vladimir Putin is Read More…