While the Argentine government has recently shown signs that it may take the side of farmers over Monsanto, the international agricultural corporation is not willing to simply accept defeat. Nor is it even willing to accept a minor obstacle in its attempt to dominate the food supply.

Shortly after the government of President Mauricio Macri passed a resolution officially giving control of the analysis of seeds, Monsanto is now set to challenge the Argentine government’s decision.

While the Argentine government has agreed to collect monies owed by small farmers in royalties on genetically modified soybean seeds, the government requested additional time to do so. Even this, however, was unacceptable to Monsanto as the corporation rejected the government’s request according to two unnamed Monsanto staff members cited by Bloomberg News.

As a result, Ricardo Buryaile, the Agricultural Minister and members of his staff have met with representatives of Monsanto and Chief Operation Officer Brett Begemann to request a waiver on the owed royalties.

Both Monsanto and the government did agree that large soybean producers must pay royalties. Interestingly enough, Monsanto’s stock rose three percent on the heels of this announcement. The stock had declined seven percent this year.

The issue surrounds the fact that Monsanto has been demanding that exporters inspect cargo to determine whether or not farmers had paid the requisite royalties to produce the company’s genetically modified soybeans. Monsanto is claiming that Argentine farmers have benefited immensely from the Intacta technology and is demanding that everyone pay to use it.

For about a year, Monsanto has been pressuring shipping companies and demanding that the companies notify it when crops produced with Intacta technology are scheduled to be exported without corresponding documentation proving that royalties had been paid to Monsanto.

The Intacta soybeans in question are genetically engineered to have a gene that protects them against worms that target the plant. Monsanto is demanding royalties for grains produced even by second generation seeds. Farmers, however, argue that Argentinian law does not require that they pay for second generation production and are asking the government to stop private companies from acting as food inspectors.

The government decision also affects the Bolsatech that Monsanto was setting up as an alternative system of payment with green exchanges.

The Argentine Rural Society (SRA) an organization that represents medium and large-scale producers said the inspections were unwarranted.

“These methods were not only not authorized, but furthermore, we saw them as an abusive power for a company to be acting like the police,” SRA president Luis Etchevehere said.

In an official bulletin that was issued on Thursday, April 14th, Argentina’s Agricultural Ministry stated that any inspection needs prior government authorization.

An official resolution was passed by the government on April 15th. 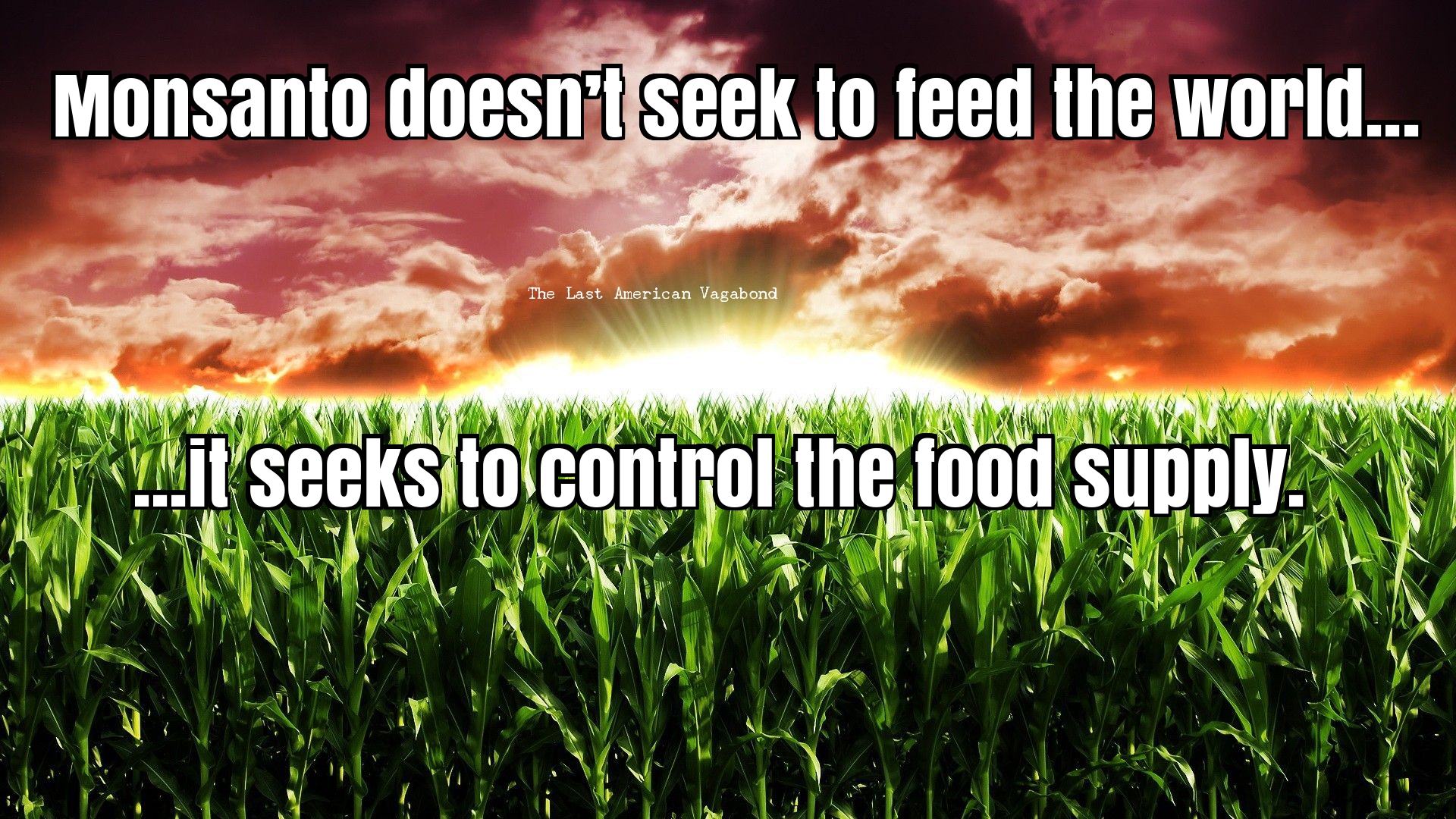 Brandon Turbeville
Brandon Turbeville writes for Activist Post – article archive here – He is the author of seven books, Codex Alimentarius — The End of Health Freedom, 7 Real Conspiracies, Five Sense Solutions and Dispatches From a Dissident, volume 1 and volume 2, The Road to Damascus: The Anglo-American Assault on Syria, The Difference it Makes: 36 Reasons Why Hillary Clinton Should Never Be President, and Resisting The Empire: The Plan To Destroy Syria And How The Future Of The World Depends On The Outcome. Turbeville has published over 1000 articles on a wide variety of subjects including health, economics, government corruption, and civil liberties. Brandon Turbeville’s radio show Truth on The Tracks can be found every Monday night 9 pm EST at UCYTV. His website is BrandonTurbeville.com He is available for radio and TV interviews. Please contact activistpost (at) gmail.com.
http://www.naturalblaze.com/tag/brandon-turbeville

Only days after the third highest-ranking member of the Vatican was charged with raping children, another scandal has been uncovered in Rome. In 2014, Pope Francis admitted that “about two percent” or 1 in 50 Roman Catholic priests are pedophiles. He then promised solutions to the history of the church essentially condoning the horrid practice. Read More…

Welcome to The Daily Wrap Up, a concise show dedicated to bringing you the most relevant independent news, as we see it, from the last 24 hours (3/30/19). As always, take the information discussed in the video below and research it for yourself, and come to your own conclusions. Anyone telling you what the truth Read More…

Rick Gates, the former deputy chairman of the Trump Campaign was allegedly in contact with an Israeli intelligence firm about a social-media disinformation campaign targeted at Ted Cruz and Hillary Clinton and to the benefit of Trump, according to the New York Times. According to the NYT, Rick Gates contacted a company called Psy-Group which Read More…