Ten Myths About Marijuana That No One Should Believe – Part 7: There are over 400 chemicals in marijuana

The perception of cannabis as an evil and utterly useless drug began, as most things do, because of money and a potential loss of profit. Since the moment hemp was seen as a threat to the wrong men’s pocket books, every American has had a fabricated perception of cannabis forced into their daily lives to insure industries like timber, fossil fuels, synthetic fabrics and pharmaceuticals never have to compete with a vastly superior product. The fantastically inaccurate slander campaign being waged on this plant has not only hurt the image of cannabis and its potential industry, but stopped the age of innovation this country had been riding and sent Americans into an age of complacency and self-delusion.

One of the many statements that are commonly used to continue this campaign of false information is that cannabis contains hundreds of chemicals, as if implying, or rather letting the public assume, that those chemicals are inherently 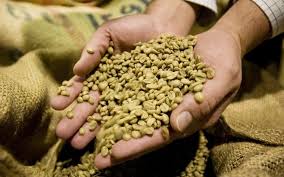 unsafe. This is a tactic often used by those attempting to lead the public astray; it is designed to make the average citizen believe that any item with that many chemicals must be unsafe for human use, when the reality is that roasted coffee contains over 1500 chemicals. Only 21 of those chemicals have actually been tested on animals and 16 of these cause cancer in rodents. Yet, coffee remains legal and is generally considered safe.

This is an outright dishonest attempt to confuse the public; to state a fact, knowing that Americans do not have all the information, that will lead the people to believe the only reason the government would give the information is because it is unsafe, when in fact many safe and commonly used items have just as many chemicals. This misleading statistic is often used to make marijuana look dangerous. Cigarettes contain over 4000 chemicals while rat poison contains only 30. One can easily see how this information can be misleading.

A recent study in the journal Scientific Reports showed that alcohol is an astounding 114 times more dangerous to consume than cannabis. When considering that an alcohol such as vodka has far less chemicals than cannabis, coffee or cigarettes, yet annually kills more than the first two combined, it becomes quite clear that alcohol is the most dangerous substance despite this country’s inability to acknowledge its detrimental effects. The researchers involved in the study commented:

“The results confirm that the risk of cannabis may have been overestimated in the past. At least for the endpoint of mortality, the margin of exposure for THC/cannabis in both individual and population-based assessments would be above safety thresholds. In contrast, the risk of alcohol may have been commonly underestimated.”

The different chemicals in cannabis have been extensively researched yet continue to be unacknowledged so government officials can continue to claim that not enough research has been done. Many officials would have Americans believe that the supposed “unknown” effects of the many chemicals in cannabis make the substance unsafe, and use this as a selling point to plug the government’s own cannabis alternative Marinol (a product that is in direct contradiction with the government’s continued stance that cannabis has no medical value). Marinol is a prescription drug that contains pure synthetic THC. It was approved by the FDA in 1985 for treating the side effects of chemotherapy. However, many doctors and patients have come to find Marinol a poor substitute for cannabis. This is due in large part to what’s called marijuana’s “entourage effect,” as CNN’s Dr. Sanjay Gupta explains:

“When the drug became available in the mid 1980s, scientists thought it would have the same effect as the whole cannabis plant. But it soon became clear that most patients preferred using the whole plant to taking Marinol. Researchers began to realize that other components, such as CBD, might have a larger role than previously realized.”

The “entourage effect” is the term for how the different chemicals in cannabis work together to create astounding healing and regenerative effects when taken unadulterated. The compounds have a very unique way of working in unison to aid the human body. When one individual chemical is taken out, as with Marinol, this “entourage effect” is lost. The human body is made with a naturally occurring endocannabinoid system that is designed to utilize the many different cannabinoids within cannabis collectively. This entourage effect and its multitude of healing possibilities has been stripped away from the public for so long that this country has seen the resulting digression of American’s overall health.

It is becoming painfully clear to most that this plant has been, and continues to be, the focus of a massive propaganda campaign. Yet there are many who still have yet to see the falsity of the anti-marijuana age, or hold on to the naive belief that the government has only the people’s best interest in mind. Either way, this myth is actually true, but is the product of manipulation and is being used to confuse the average citizen into believing that “evil chemicals” in this demonized plant will jump out of one’s closet at night and eat your children, or something just as ridiculously untrue. All one can do is stay vigilant and continue to spread the truth. This battle is being won, yet the war has only just begun.

15 Toxic Things Poisoning Your Children That Are Hiding In Almost Every Home
March 11, 2018