What the hell is a demon? Is it a red-skinned, horned pigmy that sits on everybody’s left shoulder, consistently trying to muffle out the angel opposite it? Could a demon be considered a poltergeist, where strange and usually malevolent phenomena haunt an entire house or building? What about the strange things that people continuously report to see around the world, like pale children with black eyes knocking on their doors in the dead of night; canine cryptids much like a hairy dog sasquatch; or the classical Bigfoot; or the “shadow people” pervasive throughout reports of sleep paralysis; or even aliens? However accurate any repertoire of reports may be, it is an entirely different matter gauged on an individual basis, but the persistence and broad range of reports throughout culture and history suggest an underlying phenomenology that is somehow physically tangible, to some degree; the real question is what mode of expression the kind of phenomenology is operating under, and what parallels can be drawn from thereout. 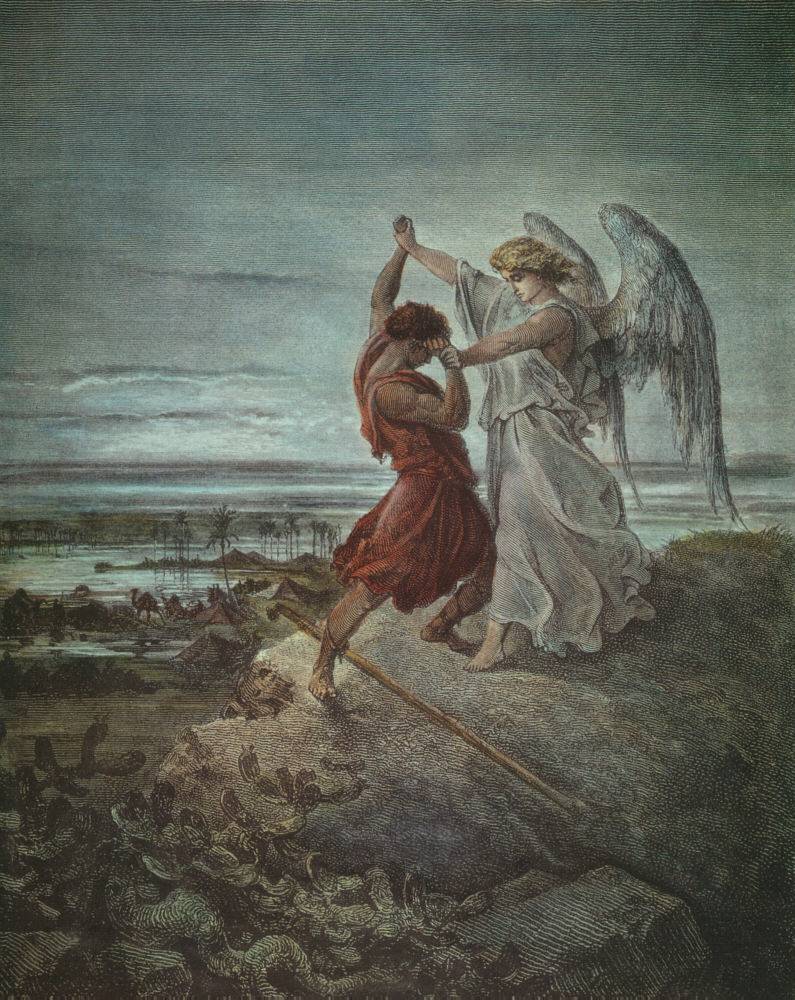 It is actually quite frustrating to hear an individual talk about a Loch Ness Monster, or an alien abduction, and yet have literally no concept of classical demonology and general folklore. But how does any of this fit with classical demonology? At first, it may seem like an unbelievably forced parallel, and one that entails an overtly negative tone, but the synthesis is actually quite seamless, and is a body of research that has been contributed to throughout the span of human culture. As far as extraterrestrials are concerned, the US Intelligence Community has already determined this demonological approach to extraterrestrials, and ideas like Ufology are simply one marked resurgence of this phenomena within the collective consciousness, and is nothing particularly new. In fact, it might not even be from beyond Earth.

Before continuing, however, it is important to supply a historically accurate definition of demonology, which is an entirely occult philosophy since the subject inherently draws from the pantheon of entities throughout any and all religious doctrine. Essentially, if it is a being that is considered sentient in the physical dimension, but its state of pre-manifestation is non-physical, then this is considered under the study of demonology—whether they be good or bad, positive or negative. Generally speaking, the hierarchical gods of a doctrine, like Jehova and Allah, are not considered as part of demonology, whereas hierarchical gods of other doctrines, like Shiva, Shakti, or Isis, are often commonly seen in this classical field of study. This is likely due to the culture clash that was rampant between the East and the West, especially regarding religions—and this trend can be seen all throughout demonology.

The subject itself is an incredibly tedious and complex network of ideas, where there are a multitude of different cultural phrases that mean the same thing, and different interpretations of the synthesis of all these different ideas. For a deeper historical context, the word demon, originally was spelt “daemon” by translation, which was a pagan word for “spirit” whether this be a helpful or harmful spirit. When the Catholic Church began assimilating outlier pagan ideas in order to engulf them, “daemon” became “demon,” and since anything equated to paganism was considered evil, any “daemon” that a pagan spoke of was always a “demon,” which as a result became the personification of Satan’s henchmen. 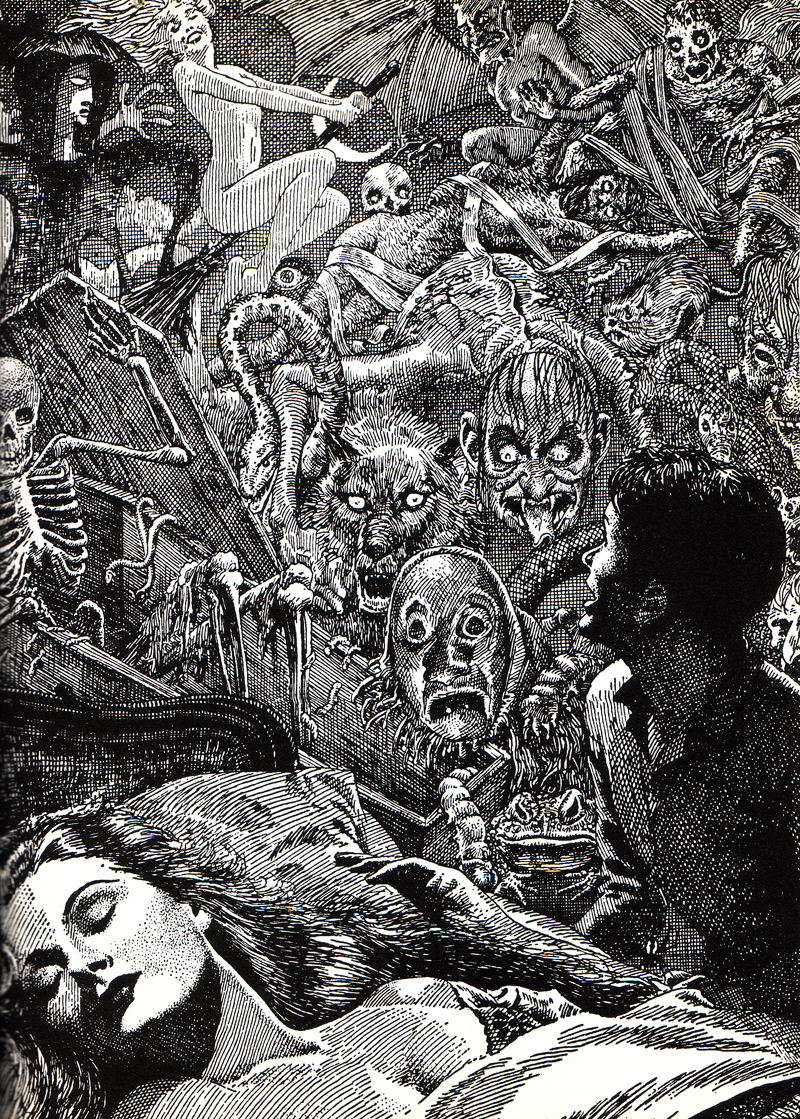 Despite the Catholic Church’s incredibly bigoted approach to metaphysics and entity communion, they still did wonders for the subject of demonology as a study. Not only was the Church perhaps the first group to begin classifying the vast array of “heathen entities” on a large scale, they were some of the first to begin employing this type of demonological shamanism on a large scale as well, with exorcism. If people want to make the argument that the demons of classical exorcisms were people with massive mental disorders, then fine—it’s a terrible explanation for traditional reports of levitation, et cetera, but the Catholic Church is a propaganda matrix anyway, so this will merely be a side note.

What can be clearly demonstrated by the Catholics’ approach to Demonology, however, is the aforementioned parallels between it and traditional shamanism. Little known to psychedelic Buddhist hippies, Deadhead-types, and New Age “half-truthers,” shamanism not only embodies the core of ancient medicine and transcendental healing—but also embodies the depths of possession, mind control, indoctrination and curses or hexes. This startling contrast within shamanism is best understood with the real history of psychedelic chemicals throughout culture, which can be seen here. 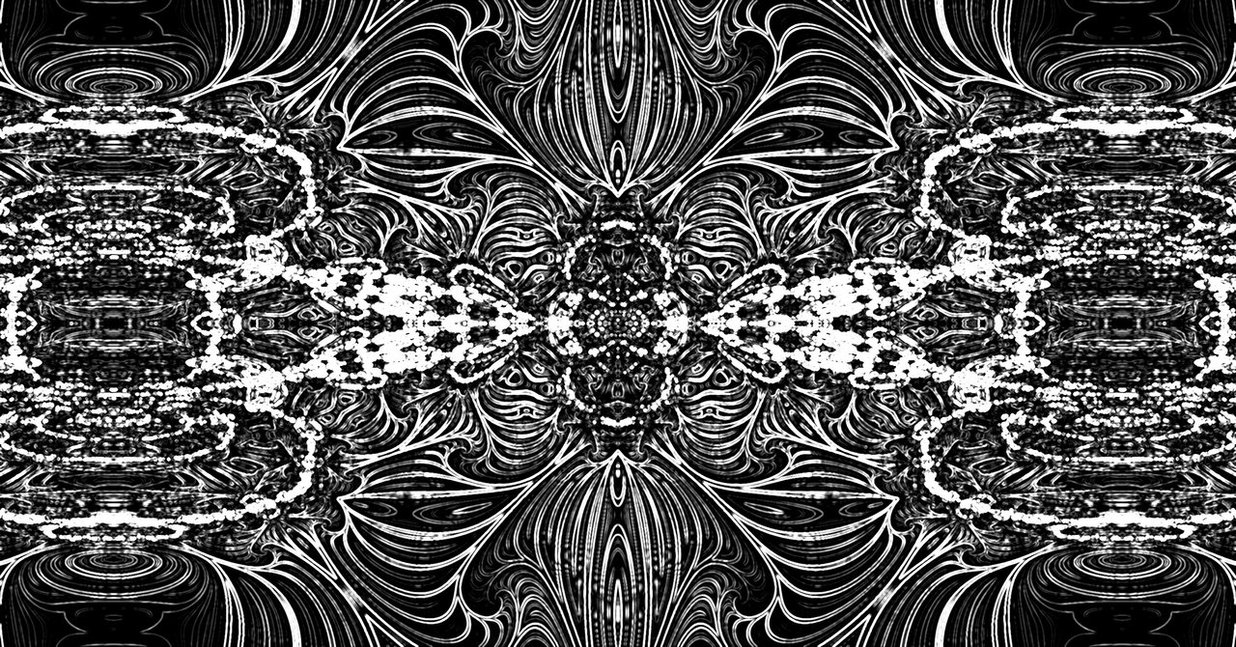 The bare bones of the discussion at hand boil down to White Magick and Black Magick; Transcendental Magick or Abysmal Magick; the synthesize of Natural Law or the perversion of it. Thus, the history of demonology proves a unique and useful tool in understanding the energetic exchange of these two different spectrums, and thus elaborates a quintessential link between man and the divine, for both the light and dark perspectives. To further explain this point, a quote is taken from Arthur Waite’s The Book Of Ceremonial Magic

“Each of the occult sciences was, however, liable to that species of abuse which is technically but fantastically known as Black Magic. Astrology, or the appreciation of the celestial influences in their operation upon the nature and life of man, could be perverted in the composition of malefic talismans by means of those influences. Esoteric Medicine, which consisted in the application of occult forces to the healing of disease in man, and included a traditional knowledge of the medicinal properties resident in some substances disregarded by ordinary pharmacy, 1 produced in its malpractice the secret science of poisoning and the destruction of health, reason or life by unseen forces. The transmutation of metals by Alchemy resulted in their sophistication. In like manner, Divination, or the processes by which lucidity was supposed to be induced, became debased into various forms of witchcraft and Ceremonial Magic into dealing with devils. White Ceremonial Magic is, by the terms of its definition, an attempt to communicate with Good Spirits for a good, or at least an innocent, purpose. Black Magic is the attempt to communicate with Evil Spirits for an evil, or for any, purpose.”

As an after-note, there is obviously some considerable argument amongst which kinds of entities are light or dark, but this series will show that the argument is unnecessary in the face of empirical deduction and scientific reason. And of course, an educated discussion of superstition, folklore and the paranormal, would not be very educated if it did not propose and discuss scientific data suggesting a fundamental nature which bears a sense of true understanding—an understanding that is not based on superstition and hear-say, but is reminiscent of them both.

Take, in case, researcher Michael Talbot’s The Holographic Universe, as a fundamental and outright scientifically empirical approach to metaphysical and paranormal phenomena, a notion that is based on the advanced mathematics that produced the modern-day “hologram.” As modern study penetrates deeper into brain sciences, computer sciences, and physics, the context for the esoteric and metaphysical language that ancient man used begins to grow exponentially—and it merely takes some aggregated analysis of these new discoveries to learn this. The human brain has been found to be a biological radio transmitter of Hertz waves, which is the same electromagnetic phenomena of the Earth’s magnetic field, and scientific study has already done a great deal in showing the relationship that human brains have to the Earth’s field. 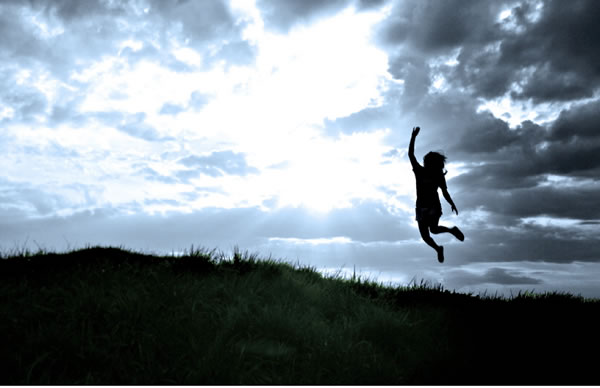 Suffice it to say that it is simply a matter of common physics for the human brain to interact with self-contained “signals” of electromagnetic frequency within the earth’s atmosphere. Whether or not these phenomena come directly from Earth, it can at least be said to stem from the type of transmission of the electromagnetic field of the planet. If this sounds far-fetched to someone, then they simply do not understand the esoteric nature of the Microcosm and the Macrocosm—and the science that has gone into elaborating the conjunction. The only real question left here, is whether or not the human brain projects these informational signals as a hallucinogenic animation of the signal’s informational data, or whether these signals are carriers for a degree of self-contained intelligence. This, as well, will be one of the primary focuses of this series.

Ultimately, this type of paranormal, metaphysical, trans-dimensional plane phenomena is honestly an undeniable facet of the inner human experience within culture and society. Regarding this notion as false is fundamentally unscientific by standards of empirical investigation, and the only thing actually false is the general human understanding of these experiences. Especially in fields of study such as this, the Trivium and Quadrivium Methods of Learning are absolutely essential in research—and furthermore, even under the strictest empirical investigations (the types that will be laid out in this series), the unexplainable is equally undeniable.

From the Buddha’s Mara, to Adam’s Lilith and onward, it seems likely that everyone has a demon of some kind.

Wikileaks Provides An Update On The Assange Internet Outage

It seems that the Obama administration’s efforts to save the presidential candidacy of Hillary Clinton is finally starting to yield tangible results as WikiLeaks just provided the following update that Julian Assange was cut off from using the Internet at the Ecuadorian embassy in London effective Saturday evening. @wikileaks 🙁 — Cassandra Fairbanks (@CassandraRules) October Read More…

Sanctions left and sanctions right. Financial mostly, taxes, tariffs, visas, travel bans – confiscation of foreign assets, import and export prohibitions and limitations; and also punishing those who do not respect sanctions dished out by Trump, alias the US of A, against friends of their enemies. The absurdity seems endless and escalating – exponentially, as if there Read More…

Mueller Indicts 13 Russians, 3 Companies For Interfering In US Election

Shortly after noon on Friday, U.S. Special Counsel Robert Mueller announced an indictment of 13 Russian nationals and three Russian entities, accusing them of interfering in the 2016 presidential election and operating fake social media accounts. In the indictment announced on Friday – the first criminal case to accuse Russians of seeking to influence the outcome of Read More…