President Juan Manuel Santos announced Saturday that more than 3,100 pregnant woman in Columbia are currently infected with the mosquito-borne Zika virus. As of now the Zika virus is said to have mild to moderate symptoms and not thought to be life threatening. That threat alone would not be enough to herald the “next big epidemic” as the people saw with Ebola and now with Zika; enter the microcephaly connection.

The common thread of reporting on the topic of Zika, is the inclusion of the statement, “The virus has been linked to the devastating birth defect microcephaly, which prevents fetus’ brains from developing properly.” And of course..”There is no vaccine or treatment.” There is a complete lack of evidence to support the microcephaly connection, and there is now evidence compiling to the contrary. Santos himself stated,

“There are so far no recorded cases of Zika-linked microcephaly in Colombia.” 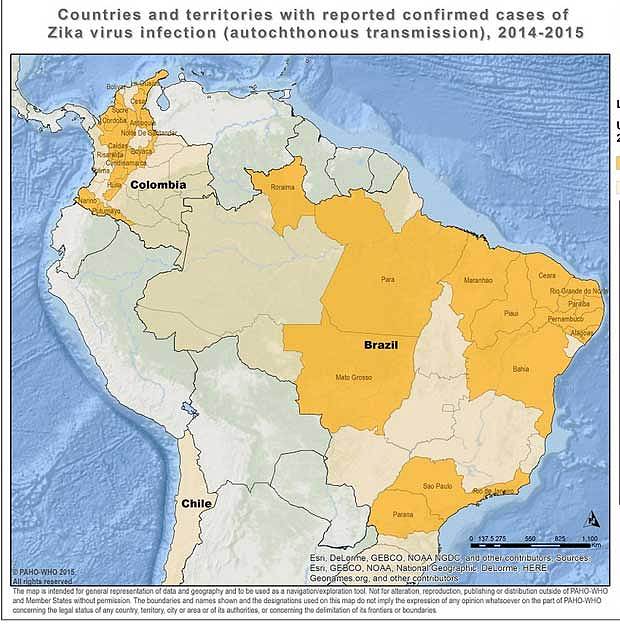 As reported by Jon Rappoport,

“It is obvious that no significant connection between microcephaly and the Zika virus has been found. It’s not even close. So far, therefore, there is absolutely no reason to trumpet an epidemic of Zika. Doing so is quite insane, by any reasonable standard.”

Here are the principal facts in the article:

* Of those, 3,670 suspected cases of microcephaly, covering the entire country of Brazil, are being investigated.

* Of those 3,670, 404 cases have been confirmed as microcephaly or “other alterations in the central nervous system” of babies.

* 98% of the 404 microcephaly cases come from the Northeast area of Brazil, and in that area, Pernambuco has the highest number of cases: 56.

Despite this publicly broadcasted information released by the Brazilian Health Ministry, clearly showing no correlation between microcephaly and Zika virus in Brazil, major government organizations continue to stress the connection between the two. In addition, the vast majority of media released the Columbian Zika numbers with the same ominous microcephaly fear-inducing coverage. There are 25,645 people infected with the Zika in Colombia, Santos said during a TV broadcast with health officials, and among them only 3,177 pregnant women. Of that 3,177 pregnant woman infected, only those 404 cases of microcephaly have been confirmed; only 17 of those connected with the Zika virus.

Of those 404 cases, the physicians state that it could be microcephaly or other alterations in the central nervous system of the babies. So it would be 404 cases at the very most. This only further dilutes the possibility of a connection between Zika and microcephaly. This is far from what could be considered an epidemic. To give some perspective, there are 25,000 cases of microcephaly in the US alone every year. This is not due to some encroaching devastation of disease on the doorstep of Americans, but rather due to naturally occurring trauma or damage to the developing brain of a fetus. Anything causing trauma to a fetal brain can result in microcephaly; from a fall down the stairs to an adverse reaction to a vaccine.

In October 2014, the Brazilian Ministry of Health’s Epidemiological Surveillance Center (CVE) in São Paulo, Brazil published a “technical report” on the diphtheria, tetanus and pertussis vaccine (Tdap). In that report, the CVE stated that the Tdap vaccine would be included in Brazil’s National Vaccination Schedule for pregnant women. In 2011, with little evidence proving safety, the CDC instituted a similar universal use Tdap vaccine policy for all pregnant women in the U.S. in an attempt to control pertussis infections. This all occurred despite it going directly against standard practice for TDAP use.

According to the creators of the vaccine, neither the safety nor effectiveness of the Tdap vaccine, (known as Boostrix) have been established in pregnant women. The package insert for Boostrix reads:

“Animal fertility studies have not been conducted with BOOSTRIX. There are no adequate and well-controlled studies in pregnant women. Because animal reproduction studies are not always predictive of human response, BOOSTRIX should be given to a pregnant woman only if clearly needed.“

Despite this cautionary information, the Brazilian government has been vaccinating tens of thousands, if not hundreds of thousands, of pregnant women in its country during the past year. This is not to say that there is definitive evidence indicating that the Tdap vaccine is causing the microcephaly cases, more so to point out a more likely possibility. However, with the small number of microcephaly cases, when compared to the naturally occurring 25,000 yearly cases in the US, it is more likely that these cases are equally natural in their occurrence. 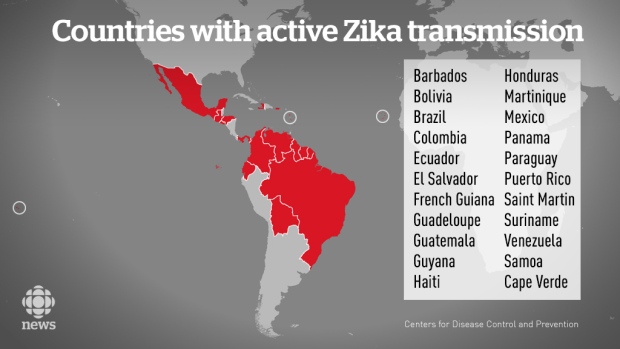 So the question still remains: What is the catalyst behind these sporadic outbreaks? With the increasing number of Zika cases in Columbia as well as the other surrounding areas of Brazil and Mexico (both of which are areas that had genetically modified mosquitos released within their borders) the only reasonable association is that of the GM mosquitos. This as well cannot be definitively proven, yet the obviously growing correlation between where they were released and the unexplainable outbreaks in the very same areas is enough to logically assume there is some connection. As of now, the origin of these outbreaks are still unknown.

There are clearly ulterior motives behind this Zika uprising that have yet to be seen. Ultimately, it is becoming clear that the one aspect of this topic that has shown definitive evidence, (that there is no association between Zika and microcephaly) is the one detail that is continuing to be stressed to the public; even to the point of asking women to avoid pregnancy, and as far as advocating abortion. And the one question that is of the utmost importance (what started the Zika outbreaks) is seemingly being ignored.

Will The Next UFO Disclosure Be “Biological Threats From Outer Space?”

That may sound like a misguided question. But let’s look at Tom DeLonge’s company, currently acting as a conduit for new UFO revelations. DeLonge, a famous musician (Blink-182, Angels and Airwaves) has surrounded himself with high-level spooks from the CIA and the military, in his new venture, To the Stars Academy. One of his lead Read More…

A former “chief propagandist” for the Drug Enforcement Agency (DEA), now turned cannabis advocate, made startling comments at the recent Marijuana for Medical Professionals Conference in Denver, Colorado. There, Belita Nelson described what many of us suspected – the DEA is corrupt to the bone and full of lies. “Marijuana is safe, we know it Read More…

International Lawyers: Strike Against Syria Would Be Illegal