This week the news cycle was flooded with mainstream headlines suggesting doctors were claiming have discovered the first marijuana overdose. 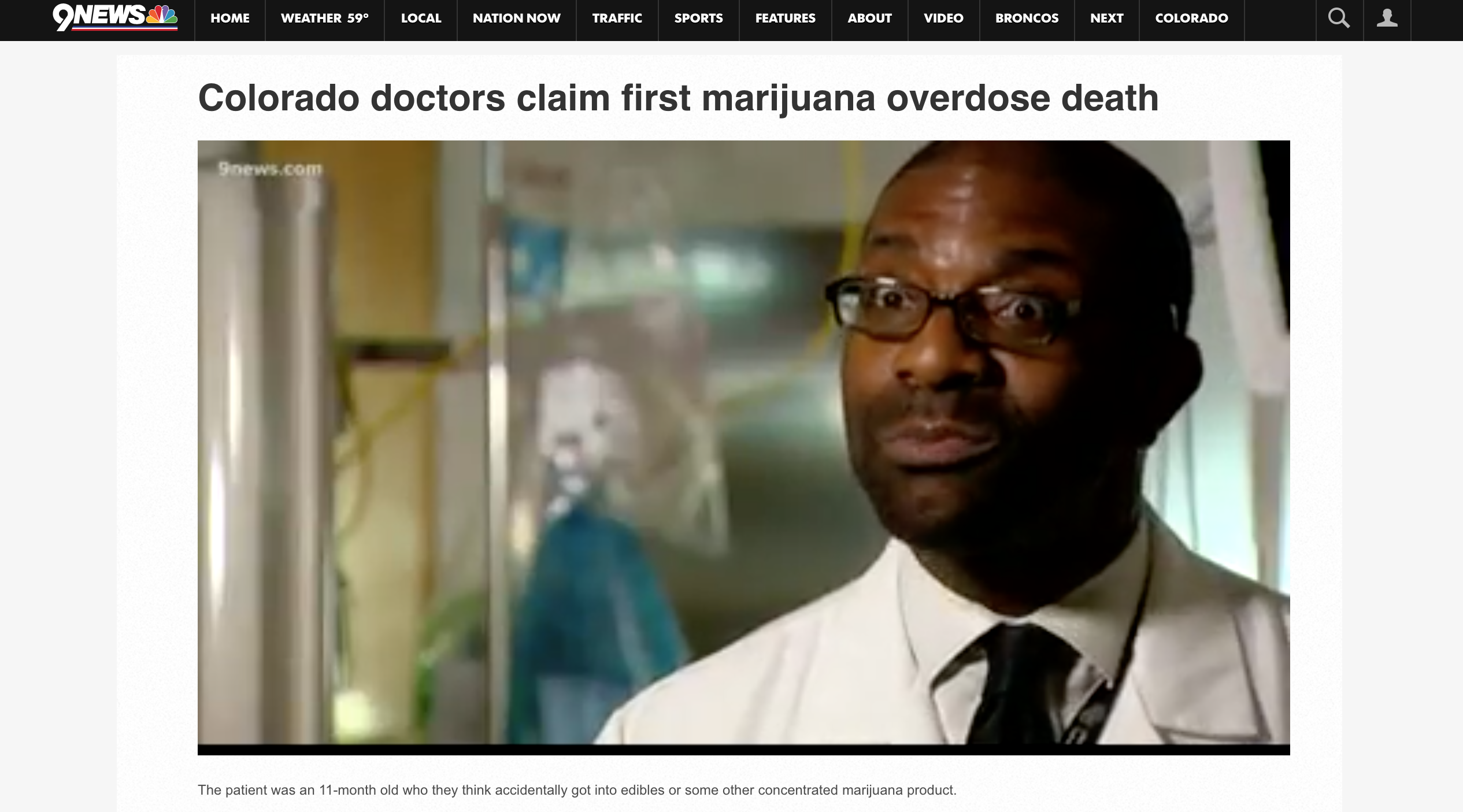 Except that wasn’t what the doctors who investigated the baby’s death said in their report.

According to the doctors, the baby had been lethargic and retching in the days leading up to his hospitalization. An autopsy found the baby had myocarditis, a condition that inflames the heart muscles and causes them to stop working.

The doctors did acknowledge the presence of cannabis in the baby’s system. “The presence of THC metabolites in the patient’s urine and serum, most likely secondary to ingestion, is the only uncovered risk factor in the etiology for his myocarditis,” they wrote.

They even documented the link between cannabis and the condition in other research:

“The link between cannabis use and myocarditis has been documented in multiple teenagers and young adults.”

Further, they urged research into the potential relationship, saying “we believe there exists a plausible relationship that justifies further research into cannabis-associated cardiotoxicity and related practice adjustments.”

Nevertheless, they also cautioned that there were limitations in their report, citing “the case study design, the limitations on interpreting an exact time, dose and route of cannabis exposure, the specificity of histopathology being used to classify etiology of myocarditis, and inconsistent blood culture results.”

In their discussion, they carefully explained that “As of this writing, this is the first reported pediatric death associated with cannabis exposure.” In other words, there was correlation – not causation. They did not conclude cannabis caused the death, though media outlets reported they had.

As those headlines emerged, one of the doctors spoke out to clarify.

“We are absolutely not saying that marijuana killed that child,” said Thomas Nappe, one of the co-authors. Nappe is currently the director of medical toxicology at St. Luke’s University Health Network in Bethlehem, Pa, and is listed as affiliated with Denver Health and Hospital Authority’s Rocky Mountain Poison and Drug Center in the report. Christopher O. Hoyte of University of Colorado School of Medicine at Anschutz Medical Center, who also authored the report, was reportedly unavailable for an interview, according to the Washington Post.

According to the Post, “Nappe emphasized that the word ‘associated’ should not be interpreted as indicating a cause and effect.”

Even if cannabis did cause the death, explained Keith Humphreys, an addiction specialist and professor of psychiatry at Stanford University, it would be “a very unusual event.” He said cannabis poses “virtually no risk.”

Even so, the doctors were clear that more research is needed and cautioned parents to keep cannabis away from children.

“In states where cannabis is legalized, it is important that physicians not only counsel parents on preventing exposure to cannabis, but to also consider cannabis toxicity in unexplained pediatric myocarditis and cardiac deaths as a basis for urine drug screening in this setting.”

Based on media reports, Noah Kaufman, a Northern Colorado emergency room physician, disapproved of claims that cannabis caused the overdose.

“You just can’t make those statements because then what happens is lay people say, ‘Oh my God, did you hear a kid died from marijuana poisoning?’ and it can be sensationalized. It’s not based on reality. It’s based on somebody kind of jumping the gun and making a conclusion, and scientifically you can’t do that.”

Upon hearing the doctors hadn’t made those certain claims, he said “that’s more responsible,” though his previous assessment of jumping the gun does still apply to the media outlets that incorrectly covered the story.

Editor’s Note: This either shows a startling ineptitude and general lack of intelligence and/or critical thinking from those claiming to inform Americans, or an outright disregard for journalistic integrity, or seeming lack thereof. Whichever it may be (possibly both), it’s equally distressing and should be called out on a massive scale, yet likely will go largely acknowledged due to the very same mainstream media complacency and complicity.

Joining me today is someone you are all very familiar with, and that’s in large part due to the unjust suppression and censorship of her work and her efforts to expose the truth, and this speaks to the overwhelming desire for the unvarnished truth that is bubbling up in the masses as we speak. They Read More…

The latest attack comes just hours after Saudi Arabia admitted that its forces have committed what it called “certain mistakes” in Yemen, after increasing pressure from international bodies and human-rights groups that accuse the kingdom of carrying out war crimes in the country. HAJJAH, YEMEN– Saudi Arabia, backed by the United States, carried out an airstrike Read More…

What Empire Loyalists Are Really Saying When They Bash Julian Assange

Wired has just published what might be the single most brazenly dishonest and manipulative piece of down-punching empire smut that I have ever read. An article by Virginia Heffernan titled “The Real Houseguest of the Ecuadorian Embassy” revolves around the outright lie that Julian Assange is suing the Ecuadorian government because he doesn’t feel like cleaning up after Read More…