The Trump State Department has frozen funding to the controversial Syrian aid group known as the White Helmets, a non-governmental organization (NGO) which provided the sole evidence that Syrian President Bashar al-Assad reportedly used chemical weapons on his own people in an April 7 attack on the city of Douma, according to CBS News.

Having not received U.S. funding in recent weeks, White Helmets are questioning what this means for the future. They have received no formal declaration from the U.S. government that the monetary assistance has come to a full halt, but the group’s people on the ground in Syria report that their funds have been cut off. –CBS News 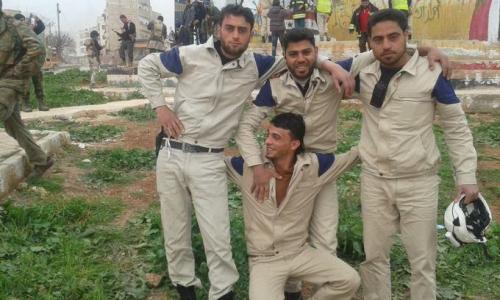 The evidence provided by the White Helmets of the alleged chemical attack was used by the West to justify several airstrikes on Syrian scientific and military facilities throughout April – the first one conducted on Syria’s T4 airbase by Israel 48 hours after the White Helmets’ report. Many Douma residents, meanwhile – including Hospital personnel, say the chemical attack never happened.

The White Helmets are a 3,000 member NGO formally known as the Syrian Civil Defense. Established in “late 2012 – early 2013” after a group of 20 Syrians were trained and organized by former British army officer James Le Mesurier. The group then received funding from Le Mesurier’s Netherlands-based non-profit group, Mayday Rescue – which is in turn funded by grants from the Dutch, British, Danish and German governments. 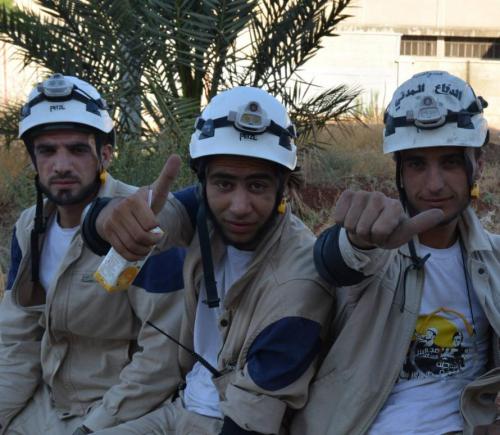 The US has provided at least $32 million to the group – around 1/3 of their total funding – through a USAID scheme orchestrated by the Obama State Department and funneled to the White Helmets using a Washington D.C. contractor participating in USAID’s Syria regional program, Chemonics.

According to their website, the White Helmets have been directly funded by Mayday Rescue, and a company called Chemonics, since 2014.

Mayday Rescue, as we said, is funded by the Dutch, British, Danish and German governments. And Chemonics?

They are a Washington, D.C. based contractor that was awarded $128.5 million in January 2013 to support “a peaceful transition to a democratic and stable Syria” as part of USAID’s Syria regional program. At least $32 million has been given directly to the White Helmets as of February 2018. –TruthInMedia

So the US, Dutch, British, Danish and German governments have been funding the White Helmets, a non-governmental organization, through proxies for around five years.

Perhaps fueled by troubling reports that the White Helmets have been accused of staging incidents, the Trump administration has now frozen funding to the group, and has placed support under “active review.”

Now they are not getting any U.S funding as the State Department says the support is “under active review.” The U.S had accounted for about a third of the group’s overall funding.

An internal State Department document said that its Near East Bureau needed confirmation from the administration to green light funding for the White Helmets in Syria by April 15th or the department would initiate “shut-down procedures on a rolling basis.” –CBS News

“This is a very worrisome development,” an official with the White Helmets told CBS. “Ultimately, this will negatively impact the humanitarian workers ability to save lives.”

Or not, depending on how one feels about the White Helmets…

Last week, Russian officials brought fifteen people to The Hague from the city of Douma, Syria said to have been present during the alleged April 7 chemical attack, including 11-year-old Hassan Diab who was seen in a widely-distributed White Helmets video receiving “emergency treatment” in a local hospital after the alleged incident.

“We were at the basement and we heard people shouting that we needed to go to a hospital. We went through a tunnel. At the hospital they started pouring cold water on me,” said Diab, who was featured in the video which Russia’s ambassador to the Netherlands says was staged.

The boy and his family have spoken to various media outlets, who say there was no attack.

The 11yo Syrian boy Hassan Diab, filmed by the #WhiteHelmets in their staged #DoumaProvocation video, together with 17 other witnesses is in the Hague, participated in today’s joint Russia-Syria briefing at the #OPCW pic.twitter.com/W9t9IhC7oA

Others present during the filming of Diab’s hospital “cleanup” by the White Helmets include hospital administrator Ahmad Kashoi, who runs the emergency ward.

“There were people unknown to us who were filming the emergency care, they were filming the chaos taking place inside, and were filming people being doused with water. The instruments they used to douse them with water were originally used to clean the floors actually,” Ahmad Kashoi, an administrator of the emergency ward, recalled. “That happened for about an hour, we provided help to them and sent them home. No one has died. No one suffered from chemical exposure.” –RT

Also speaking at The Hague was Halil al-Jaish, an emergency worker who treated people at the Douma hospital the day of the attack – who said that while some patients did come in for respiratory problems, they were attributed to heavy dust, present in the air after recent airstrikes, but that nobody showed signs of chemical warfare poisoning.

The White Helmets have previously come under fire for allegations of fabricating evidence and staging bodies. Several of their members have been pictured with, or bear an uncanny resemblance to fighters from the various anti-Assad terrorist groups operating in the region.

Photographic and video evidence gathered over social media and elsewhere depicting White Helmets who appear to be affiliated with terrorist groups can be found here. 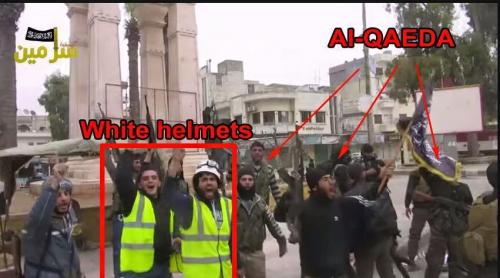 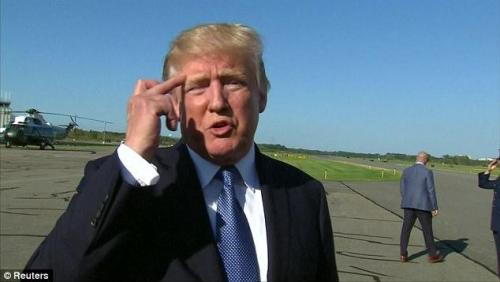 And Donald Trump just yanked 1/3 of their funding…

Possible Iran False Flag In Gulf Of Oman, With The US Already Caught In A Lie & Israel Attacks Syria

Welcome to The Daily Wrap Up, a concise show dedicated to bringing you the most relevant independent news, as we see it, from the last 24 hours (6/13/19). As always, take the information discussed in the video below and research it for yourself, and come to your own conclusions. Anyone telling you what the truth Read More…

On Thursday a New York jury decided it’s okay for the federal government to steal a Manhattan office tower. According to acting US Attorney Joon H. Kim, the Alavi Foundation and Assa Corporation who jointly own the Piaget Building on Fifth Avenue are guilty of money laundering and violating sanctions imposed on Iran. The building is Read More…

PizzaGate and the US Government’s Internal War – TLAV Political Roundtable

There is never any shortage of outrageous topics to cover in the current American Political circus, and with both sides selling their version of events as “The Facts” Americans are left making emotional decisions on very important events. We find ourselves in a time where one’s feelings, personal opinion and political leanings are taking precedent over Read More…