As the elite continue to consolidate their control of politics and media, despite over 60% of Americans who now see mainstream media for what it is, we find ourselves in a very precarious time. One in which choices must be made that stand to shift the very foundation on which most so comfortably sit in their apathetic stupor. However, it is not their fault. They have been taught that by passively relinquishing their rights — for State protection that is essentially non-existent — that this apathy is honorable, even patriotic. It is time to take that uncomfortable step into the scrutinizing light of the false majority and realize that you are not alone. You must break past this false perception designed to scare you into silence and isolation, and see that we, that you, are the majority.

While announcing that the US will be pulling out of the Paris Climate Accord, Trump stated that the US is, matter of fact, “the most environmentally friendly country,” then said it has the cleanest air (while it’s currently undergoing stratospheric testing that’s safety is admittedly uncertain); he stated that it has the cleanest water (while every state in the US currently has over 80,000 violations of drinking water standards that go wholly unacknowledged by these same leaders), and he again repeats that the US just is “the most environmentally friendly,” but that “were not going to put our businesses out of work, and were not going to lose our jobs, were going to grow, we’re going to grow rapidly.”

So this essentially states that the US cares about the environment, or rather, winning at the environment, but only so far as it does not affect US production. This is said in classically hypocritical establishment fashion, as what causes the vast majority of these environmental issues is in fact US industrial production. So, the US will be green, but not if it affects production; but production is why the US is not green… classic Orwellian double speak.

As stated above, a report by the NRDC found over 80,000 violations of drinking water standards in every state in the US, and nearly one in four Americans receive their drinking water from systems which fail to meet federal health standards. It also found almost 2,000 water systems in all 50 states with excessive levels of lead contamination. And a report published in the Journal of the American Medical Association concluded that children with elevated levels of lead in their blood at age 11 were likely to grow into adults with lower cognitive function and lower-status jobs than their parents. This seems far from ‘environmentally friendly‘ especially considering the claim that the US has the ‘cleanest water.‘ The 8000 Flint residents being evicted for opting not to pay for lead-contaminated water might feel slightly different.

This manner of incessantly stating the exact opposite of a given truth, has become the go-to option for the Deep-State-controlled-US, as it has seen unrivaled success with the tactic in recent years. As the saying goes:

“If you repeat a lie often enough, people will believe it, and you will even come to believe it yourself.”

As overused as the term “Orwellian” is today, there is just no better word to describe the way that politicians, in a concerted effort, will intentionally mislead the public by stating, in repetition, the desired lie. After doing so long enough, the docile masses just begin to consider it truth. In a backward sort of way, this ploy allows these manipulators to take even greater sinister strives due to the fundamental opposition of the claims, and how easily the public has become to deceive. This is done in every facet of government and politics today. 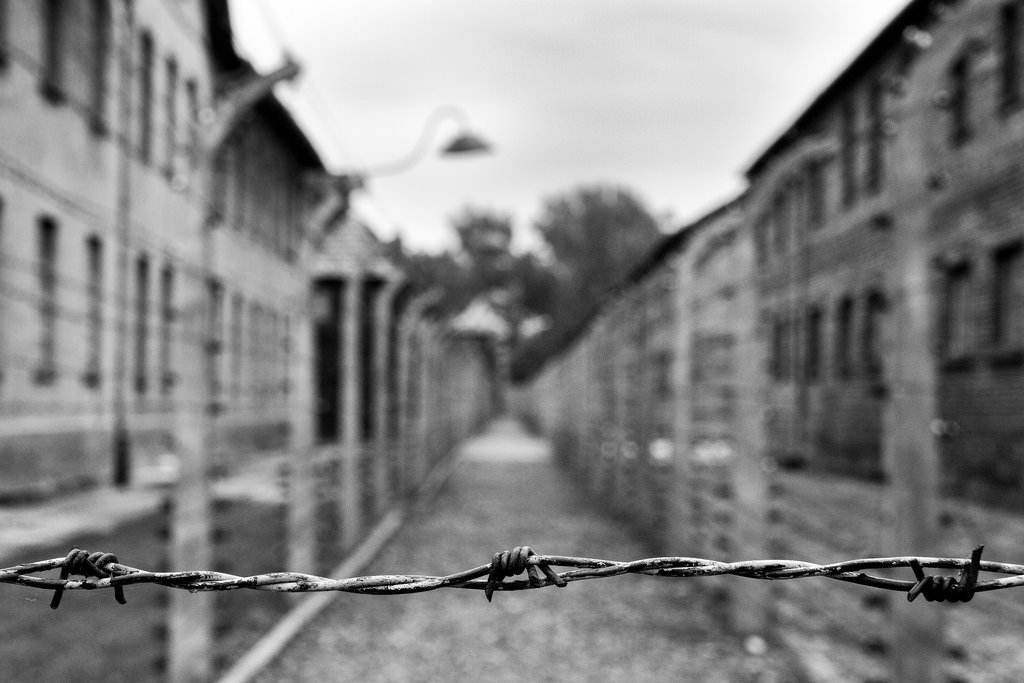 The Totalitarian tiptoe is fully under way, as it seems that every step made is carefully calculated and measured against the public reaction by the mockingbird media testing the waters. Americans saw an example of this with the wildly unnecessary and wholly ineffective MOAB in Afghanistan. They saw this with the false flag chemical attack in Syria, and the subsequent airstrikes. These actions were designed to do two things: First, to test the water, that is American public opinion, and see how the people would react to the US bombing a country with which it is not currently at war, and attacking a country based solely on unconfirmed intel.

Second, conditioning the American people to a state of perpetual war, ironically, while refusing to declare it as such. The latter has been an ongoing effort in this country since 9/11. There are adolescents in this country today that have lived their entire lives under a flag of war, or rather, a flag of conflict, as the US has not declared war since WWII despite being embroiled in one conflict or another since that time. Even as civilians die and bombs are dropped, the US claims to be “defending itself,” oddly always on a sovereign nation’s soil. This in yet another display of Orwellian deception.

It’s all one big shell game of misdirection designed to get you to look at anything other than the topics we will discuss today. From the recent isolation of Qatar and the true motivations behind this move, the supposed “new proof”of Russian hacking and the NSA leaker, to the Bilderberg meeting, we discuss it all and much more today on TLAV political Roundtable:

Trump Flips On Five Core Campaign Promises In Under 24 Hours

Blink, and you missed Trump’s blistering, seamless transformation into a mainstream politician. In the span of just a few hours, President Trump flipped to new positions on several core policy issues, backing off on no less than five repeated campaign promises. In a WSJ interview and a subsequent press conference, Trump either shifted or completely Read More…

If Anything The United States Is The “Home Base” Of Al-Qaeda, Not Iran

In a speech delivered this Tuesday, at the Washington Press Club, US Secretary of State Mike Pompeo claimed that the new “home base” of Al-Qaeda is Iran. He did so without any evidence to support his claim. Why has this been taken so seriously? The claim that Iran is somehow hosting, aiding and abetting al-Qaeda, Read More…

Welcome to The Daily Wrap Up, a concise show dedicated to bringing you the most relevant independent news, as we see it, from the last 24 hours (7/9/19). As always, take the information discussed in the video below and research it for yourself, and come to your own conclusions. Anyone telling you what the truth Read More…