The FBI Is Reopening The Clinton Investigation, But Is It Only A Distraction?

Multiple groups have now reported that the FBI will be reopening the Clinton investigation, based on the existence of some “undiscovered emails” of which they are just now learning, that “appear to be pertinent to the investigation.” This taken directly from a memorandum sent by Director Comey himself. 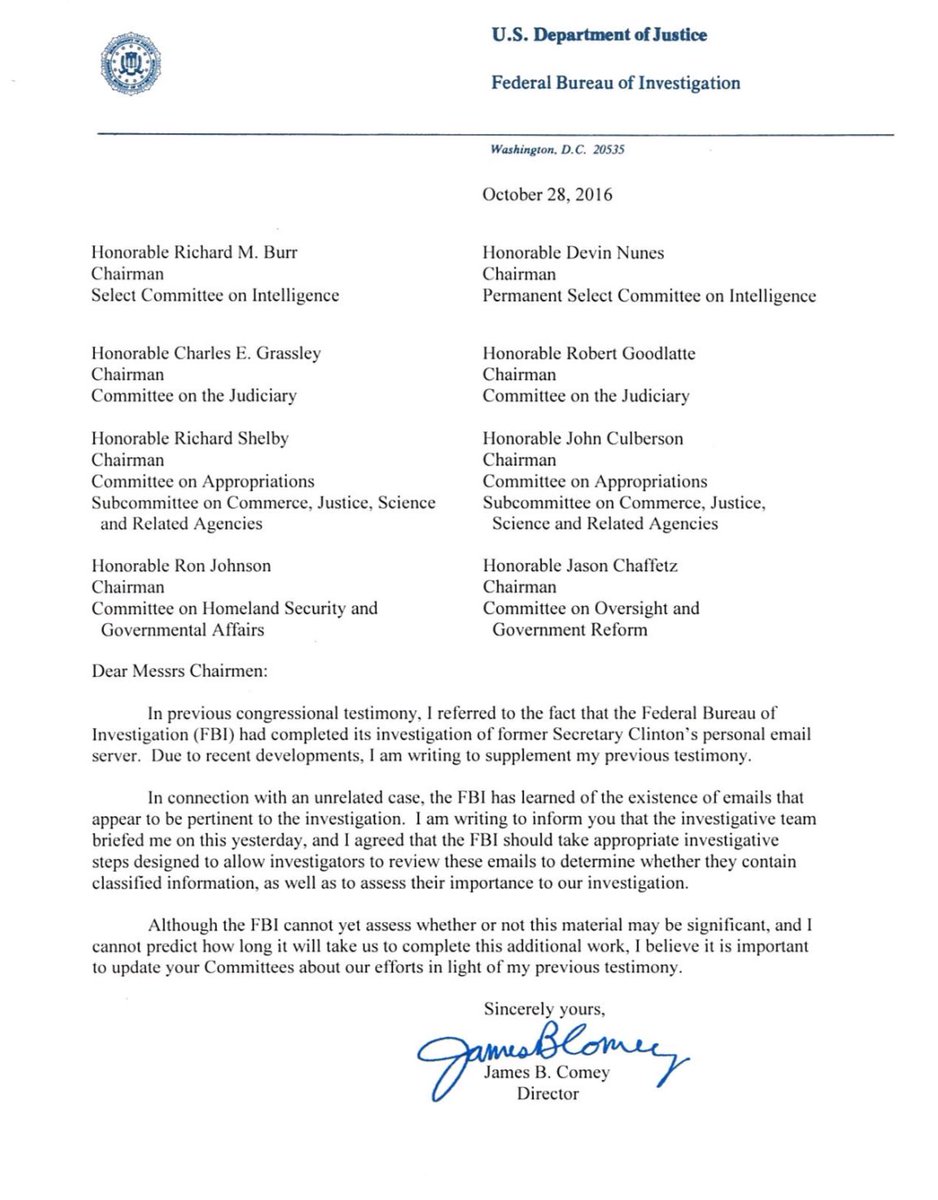 To all the many Americans heatedly following the many incriminating and equally damning email leaks that were provided by WikiLeaks, this proclamation seems not only absurd, but wholly contrived. The FBI is no doubt aware of all the evidence within those leaks, which makes this abrupt, yet belated stance a little suspect, and not to mention the fact that they had more than enough to put Clinton away the first time around; as FBI officials have made quite clear, everyone involved in the investigation was certain she would be indicted and sentenced, yet Comey was operating from another directive; orders from on-high.

However, the elite power structure in this country thought it worth the possible exposure to reveal its overt power within the US political and judicial systems, and stick its neck out for a brief moment, with the sole intention of ensuring their selection for President would never be held to answer for her crimes.

This all screams distraction. Another misdirection designed to catch everyone’s attention, give the illusion that justice might actually be done, just long enough for Clinton to magically find her way into the White House; then it’s simply too late. In the meantime, all the many malicious and sinister actions perpetrated by the Clinton campaign and Clinton Foundation, as well as the many mysterious deaths continuing to rise all connecting back to the Clintons, all fall into the past with the intentionally hazy recollection of what really happened. She will not be held accountable; she will not be made to answer for the lives she has ruined or the hopes of Americans she so astutely cast aside with her disregard and outright disdain for a true democratic process and the will of the American people.

One can only hope that by some miracle she will indeed be held to answer for her crimes. Yet, until that hopeful day, do not be swayed by yet another run at the “Clinton email distraction” while the presidency of the United States of America is successfully stolen, or rather, the final touches are officially put on, and this country’s future is all but set in stone.

“The FBI cannot assess whether or not this material may be significant,” Comey wrote.