After the release of Veritas’ American Pravda: CNN videos, Paul Farhi of the Washington Post wrote a hit piece with a factually incorrect claim:

“It also doesn’t disclose that he is based in Atlanta – not in Washington or New York, where most of CNN’s coverage of national affairs and politics are produced.”

In reality, our video plainly states “I’d like to introduce you to CNN Supervising Producer John Bonifield in Atlanta.”

Farhi and the Washington Post at first refused to retract this error. Eventually, falling to pressure from the outside, they conceded and placed a large editor’s note on the top of the article. See the article here. 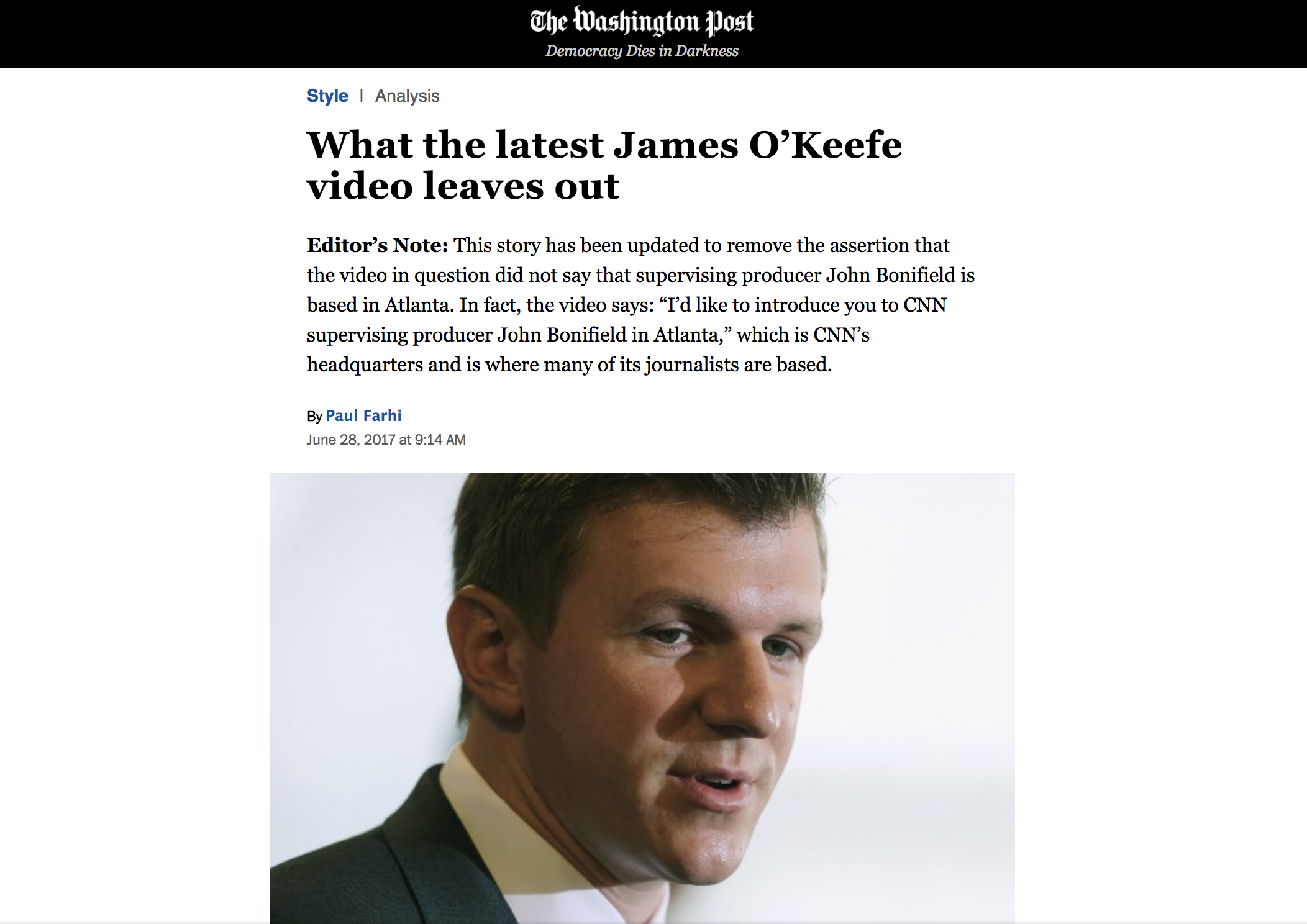 Israeli Airstrike In Syria Was “Most Extensive Attack In Decades”

In what is now being described as the “most direct confrontation between Israel and Iran in decades,” Israel exchanged fire with Syrian and Iranian forces during a late-night showdown that ended early Thursday morning. The exchange came days after Israel called up reserve troops to the Golan Heights, the disputed border region. It also followed by less Read More…

Thanks to the Maryland Court of Special Appeals, the warrantless use of cell-site simulators, known as Stingrays, is now considered a violation of the Fourth Amendment. “Police should now be on notice,” said staff attorney Nate Wessler of the ACLU’s Speech, Privacy, and Technology Project, as The Intercept reported. “Accurately explain your surveillance activities to a judge and Read More…

Military commander of Hay’at Tahrir al-Sham (HTS) in the southern Aleppo countryside, Zubair al-Turkmani, told the Ibaa news network on October 27 that HTS fighters shelled a gathering of Syrian Arab Army (SAA) troops near the town of Khab Tuman, which is located northwest of the city of Aleppo. “We also detected a sniper of Read More…