Published in the Journal of Toxicology in September of this year, researchers at Texas A&M University have gathered more material regarding the contradicting benefits that the nicotine of tobacco smoke has for human longevity. This is certainly not a recommendation for anyone to start smoking tobacco, but the reality here is that tobacco was never meant to be smoked twenty or more times a day (traditional, wild tobacco is usually at least ten times stronger than today’s commercial tobacco) and when used responsibly and in moderation, organic tobacco is going to do no more damage to a person than a night out at the bar will by a rough equivalent.

Modern science has now demonstrated with a variety of studies that nicotine is, for all intents and purposes, a “nootropic,” which, “also called smart drugs or cognitive enhancers, are drugs, supplements, or other substances that improve cognitive function–particularly executive functions: memory, creativity, or motivation, in healthy individuals.”

The list of nootropic substances is quite vast, containing things like amphetamines, panax ginseng, ginko biloba, L-Theanine, caffeine, and yes, even nicotine. Already known as a beneficial cognitive enhancement(aside from dependency complications, of course), nicotine is now becoming understood as a preventative medicine as well, when considering such ailments like Parkinson’s, Alzheimer’s, and Huntington’s disease, et cetera.

The study, which was published in an “Open Access” journal, is viewable to the public in its entirety. To quote the abstract of the study:

“Despite its abuse potential, nicotine, acting on nicotinic acetylcholine receptor, has possible medicinal uses, in particular in treating neurodegenerative diseases. Therefore, animal models to evaluate exposure need to be characterized. Administration via drinking water is a stress-free route of administration but often results in low blood nicotine levels.  Here we evaluated chronic exposure to low, medium and high concentrations of nicotine in drinking water.”

The full study can be viewed here: http://juniperpublishers.com/oajt/pdf/OAJT.MS.ID.555552.pdf

The reality of the world is that one must maintain a balance within themselves to achieve a personal equilibrium, and a person who is suffering from Parkinson’s disease, for example(or even a person who has a history of it in their family), might be better off taking some nicotine supplements, either through a drink, gum, patch, et cetera, in order to treat or prevent symptoms. Anyone suffering from a neurodegenerative disorder would likely readily accept this trade of a nicotine dependency if it yielded positive results. 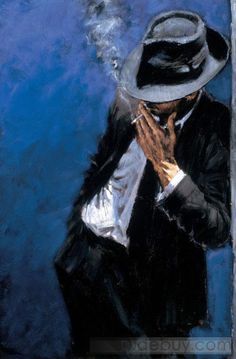 It is also important to remember that the voracity of nicotine addiction is something that has always been the center of propaganda. Phrases like “cigarettes are as tough to quit as heroine,” were essentially pulled out of thin air, and have no scientific basis. Nicotine withdrawal is not fun, surely, but compared to an opiate, amphetamine, or alcohol withdrawal, it is significantly easier—especially when nicotine as an isolate is ingested, and not smoked through cigarettes. (Big Tobacco additives, are a different matter, however, and can have nasty and un-established withdrawal effects). Furthermore, aside from any damage that may occur from the smoke itself and the side-effect of dependency, nicotine has no lasting, damaging effects. Worst case scenario, a person needs to suffer a detox, and then their brain will recover fully, given a little time and proper regiment.

Overall, this should as well prove to help people understand why tobacco has such a rich history within various cultures, and specific sub-cultures, such as the police officer or the late-night author—or the wise old man puffing his pipe, for that matter. It is often forgotten in today’s society that, in a certain sense, tobacco was a sign of dignity and modest pride. Not only was it beneficial to the thinking and working man, but it also represented a level of self-discipline. In a layman sense, a “real man” didn’t let himself fiend over the tobacco, he enjoyed it as he pleased.

It is likewise enjoyable to the see scientific community begin to produce a much more level-headed approach to nicotine/tobacco studies, even though both Big Tobacco and PR propaganda will likely not let up any time soon.

Mike Pompeo continues to lead the propaganda push to get the public panicking about an Iran “nuclear breakout” even when all evidence shows that Iran is nowhere near capable of being a nuclear threat. Of course many other countries have far more robust nuclear programs, but because it’s Iran we have to come together as Read More…

With most expecting Trump to strike North Korea as part of his next foreign military adventure/distraction from the chaos in D.C., the president once again surprised everyone by pulling a lighting bolt, striking twice in one month in the same place. According to Reuters coalition jets have struck an Assad convoy in Southern Syria; near Read More…

“Imagine this scenario: Your perfectly healthy baby boy begins having 14 seizures a day, the day after receiving the Meningitis B Vaccine. You get no answers from your GP, or anybody else, for that matter. You make a video of your young boy to warn other parents that there might be something wrong with the Read More…