The modern and postmodern development of the scientific fields have, for many, left a vastly unabridged gap between the wisdom of present, and the wisdom of old. A large number of people tend to look at physics, or biology, or mathematics, et cetera, as fields of study that are largely absent from the necessity of everyday life, and thus have very little practical usage to them. Unfortunately, this is a misconception that has been fostered by this split between the wisdom of present and old. Whereas science today has more dynamic and advanced ways of observing the universe, it is entirely and completely devoid of any emotional, sociocultural context. Indeed, the fact that science has no basis in the human spectrum of inter/intra-personal functionality is usually said to be the most honorable quality about science. In very literal terms though, this has created a sociopathic cultural approach to the pursuit of knowledge. After all, social interplay conducted without the thought put into implications of this social interplay, is the definition of sociopathy.

Ancient metaphysics, originally inspired by the Gnostic Mystery Initiations of Egypt, with precursors that can be traced back nearly 7,000 years ago, if not further, was primarily interested and centered around what was considered “Gnosis.” Technically a Greek work, Gnosis can loosely be translated to knowledge, but the definition is infinitely more nuanced than this. It represents the pinnacle of knowledge as actualized through the Self; or, “the knowledge of transcendence arrived at by way of interior, intuitive means,” which is done through observation of the Self in reaction to an ambient (exterior) catalyst. In other words, this is the second, deeper half that science is missing–the application.

Perhaps even more aptly put, Gnosis is rooted in all forms of philosophical, intellectual, and spiritual pursuit, but it is never noticed unless it is being sought out. Gnosis already resides in scientific pursuits, but it has hardly been fleshed out adequately (although there have increasingly more great minds paving the way). In order to bridge this misconstrued gap between science and esoteric metaphysics, some of the most awing and direct analogies we have between the two are things like holography, computer sciences and technology, and (something that has dropped off points of discussion recent years) chaos theory.

Many have heard the “holographic universe/ computer simulation” Theory, and whatever the grand implications may be, this does in fact remain one of the most accurate models in modern day physics that has been demonstrated.

Chaos theory, despite having equally profound implications of a supplementary level, received an inclining trend of interest in debate from the 1970’s, peaking in the 1990’s, and seeming to all but die off after the early 2000’s. Today, chaos theory survives among the intellectual “underground”, where philosophers, writers, and  rogue scholars have continued to foster it.

Chaos theory had entered the mainstream scientific playing field by the 1990’s, just in time to influence the “super radical” “X-Treme”-ness of the decade’s culture–and because it fit in with this 90’s culture’s mindset so seamlessly, it seems that many people have tossed the baby out with the bath water. 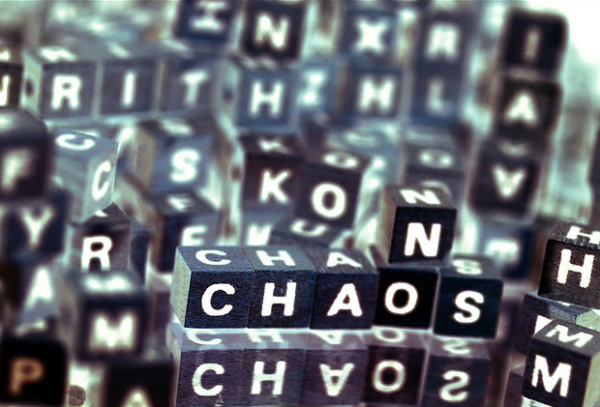 For those unfamiliar, chaos theory is well described by the famous adage about it:

“It has been said that something as small as the flutter of a butterfly’s wing can ultimately cause a typhoon halfway around the world.”

While this is a grandiose example of what chaos theory could ultimately imply, this is actually an entirely accurate example. This, however, does not tell the reader about another essential piece of the theory: initial conditions. In this case, the initial conditions of the wing’s flutter.

Take, for example, a blood splatter being analyzed by a forensic scientist. Inherently, their deduction methods are guided by chaos theory. A splatter of any type of liquid, when the action has completed, comes across seemingly random–and sometimes, drops of that spilled liquid can make it halfway across the room on seemingly nothing more than chance. It could certainly be considered chance, but words like these are ultimately meant for the shallow thinkers of the world. For the deeper thinkers, those who take words like “faith” and “chance” into account, but don’t accept the face-value of these statements, there is chaos theory.

What ultimately dictates chaos theory, in the case of a blood splatter, are–as briefly alluded to above–the initial conditions. These conditions could be called “stressors,” “catalysts,” and are often termed with the theory as an “attractor.” These attractors of initial conditions can best be described as a feedback loop, because that is literally what it is. Using the exact informational communication principles that computer circuitry, a guitar amplifier, or a transistor radio uses, for example: the energetic information of the action is sent into the environment, which is “assimilated” in a sense by the ambient (exterior) information of the environment, and fed back to the initial source of the action. When it is fed back, the conditions have changed from their initial trajectory, in accordance with the environment that the action is transpiring within. This is the process of the feedback loop, and it is repeated in this loop more times than could ever really be counted or processed by the human brain. Chaos theory boomed so tremendously in the early 80’s and all the way through the 90’s, essentially due to the rise in computer science and technology, which allowed for statistical analysis that had never been done before, of these incredibly dense, chaotic types of data sets, due to the sheer incomprehensible magnitude of some of these sets. This is essentially Chaos Theory as a quickly digestible explanation.

Today, scientists have been able to apply chaos theory in physics, fractal geometry, astronomy, computer circuitry, population densities, chemistry, economics, and even concept of the perception of time, through fields like thermodynamics. In a more philosophical sense, chaos theory very easily explains childhood development, which is based on initial conditions, which are reinforced in a feedback loop which is determined by the utmost (seemingly random) subtleties of its environment. This, as well, provides the perfect model of understanding when dealing with the psychology/sociology of Carl Jung’s archetypes, and the esoteric symbolism of the occult Divination Arts. In short, what started out as allegories for ancient man’s philosophy and early sciences became reinforced sociocultural axioms of human understanding. Amazingly, chaos theory not only explains the history of this symbolism, but even how these symbols are utilized within the inner psyche–using the initial conditions of the symbols to catalyze deeply personal resonances.

Chaos theory seems to account for the abundance of “Sacred Geometry” that can be found within the environment, through the Pi and Phi ratios. Again, the idea of “initial conditions of life being reinforced repeatedly by nuanced details of the environment” is brought up, and suddenly it doesn’t seem so confusing as to why plants and even human beauty would define itself with mathematical ratios. As discussed above, fractal geometry as popularized by Benoit Mandelbrot, is a quintessential part of both chaos theory and Sacred Geometry, and the mathematical principles of the fractal are represented by things like, for example, a leaf. As a very quick over-arching definition, a fractal can overall be considered as a complex and infinitely layered pattern that is founded in self-similar, self-“mimicking/copying” geometric concepts. 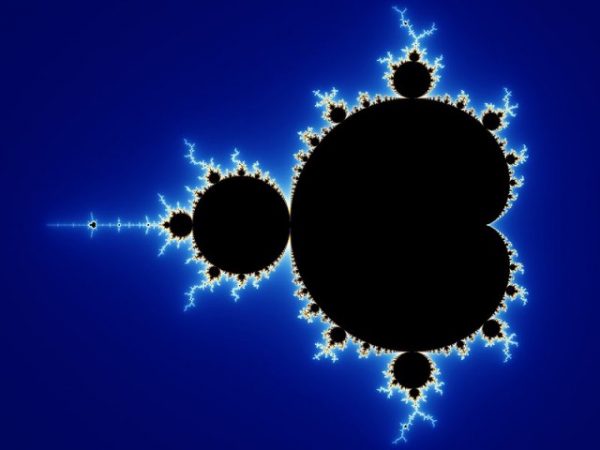 Chaos theory as applied to metaphysics in this regard, is widely known today as chaos magick, and it also does not seem to be coincidence that one of the most poignant, surviving adages of occult philosophy is simply “order out of chaos.” Taken in its natural sense, a human consciousness can very much be taken as a “splatter” onto its environment, as described by the connection with childhood development. If nature is order, man is chaos in the truest, mathematical sense. Along these lines, “enlightenment,” “transcendence,” a simple “peace of mind,” et cetera, could very much be considered as the refocusing of this chaos back into order. Order becomes chaos, and so one must derive their own order out of the chaos they have karmically embodied. This, after all, appears to be why human beings have been philosophically considered as “fractal consciousness.”

Popularized in the 90’s by minds like theoretical physicist, Peter Carroll, the torch is very much carried by researchers and chaos magicians such as Gordon White. Off-shoots of chaos magick include interesting, comprehensive Neo-Pagan experimental doctrines such as “cybercraft,” and while these metaphysical outlooks seem to have taken a backseat along with chaos theory and the era of the 90’s, chaos magick and the like has maintained its advocates for its unique and novel blends of esoteric principles and modern research–gnosis coupled with science–and has recently received another rise in common interest, as it rightly deserves. With any luck, chaos theory and its metaphysical implications will not be thrown to the side like all too many of the most novel and revolutionary scientific paradigms. But even if it is, history has shown us (in a somewhat chaotic sense) that the brightest and most useful human ingenuity, even if ignored at first, will eventually have its day, and the real question is “When?”

On Wednesday, a measure is being advanced at the behest of House Speaker Paul Ryan (R-WI) aiming to derail House Continuing Resolution 138, a War Powers Act challenge which would force an end to the US military involvement in the Saudi-led War in Yemen. Under the War Powers Act, any individual lawmaker is intended to Read More…

The Pentagon fears US troops would face backlash from CIA drone attacks. The expansion of US military operations around the drone has coincided with the Pentagon having an increasingly large drone arsenal to carry out unmanned airstrikes around the world. That’s given them an opportunity to massively increase spending on drone warfare. But the CIA Read More…