Here is an opportunity for “Black Lives Matter” and the Trump administration to find common cause.

President Trump has a golden opportunity to strike a major blow for civil rights with a single executive order: end the failed “War on Drugs” and shut down America’s drug-war gulag. None of the previous three presidents expended any political capital on curbing the immensely destructive “War on Drugs” or freeing the (in many states, preponderantly African-American and Hispanic-American) prisoners in America’s drug-war gulag.

“Fake-liberal” Bill Clinton did nothing, “fake-conservative” George W. Bush did nothing, and “fake-liberal” Barack Obama did nothing to end the “War on Drugs” or curb the gulag it created. Their parties and supporters were delighted to appear “tough on crime” while destroying the lives of hundreds of thousands of African-American, Hispanic-American and other Americans with long sentences in the gulag for selling nickel bags of “illegal” drugs, while America’s parasitic Big Pharma industry reaped billions of dollars in profits selling “legal” opiates while handing our self-serving politicos millions in campaign contributions.
The imprisonment of hundreds of thousands of young Americans–preponderantly Americans of color in state after state– in America’s drug-war gulag is the greatest violation of civil rights since the 1960s— yet fake-liberals and fake-conservatives alike have done nothing but turn their self-serving gaze away from this needless, costly, stupid waste of lives and treasure.

Step one: fully legalize marijuana on the federal level. Isn’t it time for the federal government to finally move beyond the “reefer madness” propaganda of the 1920s? President Trump could do so much good by wiping out the insanely counterproductive federal statutes against marijuana.

Next, President Trump could decriminalize all drugs and commute the sentences of everyone in prison for small-time dealing or drug possession. Empty the drug-war gulag in an orderly fashion, providing counseling and some initial job training to those exiting the drug-war gulag. The cost of emptying the gulag will be much more affordable than operating the gulag.

Erase all drug-related convictions from prisoners’ records, restoring their rightful citizenship. Strike the drug-war felonies from everyone convicted of small-time dealing or possession.

Here is an opportunity for “Black Lives Matter” and the Trump administration to find common cause. The War on Drugs gulag has stripped the civil rights and civil liberties of hundreds of thousands of Americans, including many young men of color. The Trump administration has a golden opportunity to do the right thing and eliminate the unrighteous, wasteful and morally wrong War on Drugs. 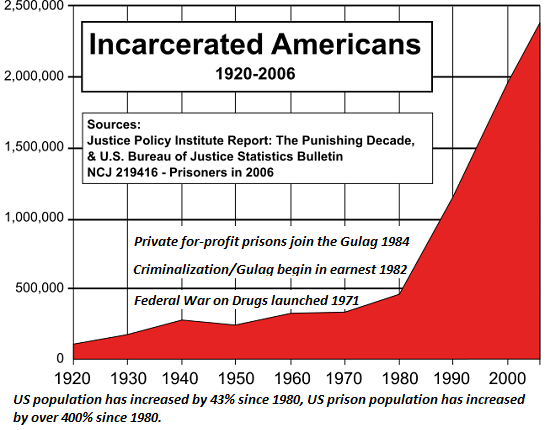 One of the first steps to making America great again is to close down the War on Drugs gulag. Let’s be dead-last in imprisoning hundreds of thousands of young men and women, ruining their lives and stripping them of their civil rights. It’s time to drop from a shameful Number 1 to the bottom of the list in counter-productive drug-war gulags. 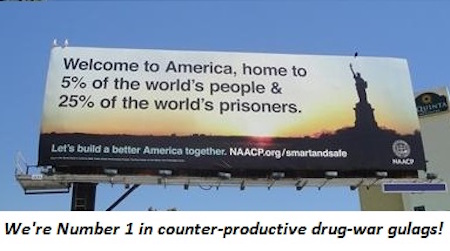 Monsanto is losing millions on failed GM cotton. The company illegally pushed a form of Bt cotton into India and Africa more than a decade ago, but farmers are now pushing back by planting their own indigenous seed. Monsanto is accused of writing laws and then breaking them to enter the market in India, but Read More…

As the opioid crisis breaks records by killing more than 100 Americans every day, opium poppy cultivation in Afghanistan has reached a record high in 2017. (TFTP) The opioid crisis has killed thousands in the United States, and as more than 100 Americans die every day, opium poppy cultivation has hit a record high in Read More…

Congresswoman Tulsi Gabbard marked 9/11 by pointing out that Donald Trump paid tribute to the victims of al-Qaeda even while protecting the terrorist group’s last stronghold in Syria – sparking a range of responses online. In a tweet written on the seventeenth anniversary of the tragic terrorist attacks, Gabbard noted that “while President Trump & VP Read More…