Welcome to The Daily Wrap Up, a concise show dedicated to bringing you the most relevant independent news, as we see it, from the last 24 hours (9/24/18).

As the elite continue to consolidate their control of politics and media, despite the majority of Americans who now see mainstream media for what it is, we find ourselves in a very precarious time. One in which choices must be made that stand to shift the very foundation on which most so comfortably sit in their apathetic stupor. However, it is not entirely their fault. They have been taught that by passively relinquishing their rights — for State protection that is essentially non-existent — that this apathy is honorable, even patriotic. It is time to take that uncomfortable step into the scrutinizing light of the false majority and realize that you are not alone. You must break past this false perception designed to scare you into silence and isolation, and see that we, that you, are the majority.

Today, the totalitarian tiptoe is fully under way, as it seems that every step made is carefully calculated and measured against the public reaction by the mockingbird media testing the waters. Americans saw an example of this with the wildly unnecessary and wholly ineffective MOAB in Afghanistan. They saw this with the false flag chemical attack in Khan Shaykhun, and the subsequent airstrikes on the Al Shayrat airfield in Syria that served no real purpose. These actions were designed, as I see it, to primarily do two things. First, to test the water, that is American public opinion, and see how the people would react to the US bombing a country with which it is not currently at war, and attacking a country based solely on unconfirmed intel. Clearly they got the answer they were looking for.

Second, conditioning the American people to a state of perpetual war, absurdly while refusing to declare it as such. The latter, being entirely orchestrated, has been an ongoing effort in this country since 9/11. There are adolescents in this country today that have lived their entire lives under a flag of war, or rather, a flag of conflict, as the US has not declared war since WWII despite being embroiled in one conflict or another since that time. Even as civilians die and bombs are dropped at unprecedented rates, the US claims to be “defending itself,” oddly always on a sovereign nation’s soil. This is yet another display of Orwellian deception.

It’s all one big shell game of misdirection designed to get you to look at anything other than the topics we will discuss in the video below.

You may wonder how this is all allowed to take place. Well the system is corrupt from top to bottom, and this nation’s political culture has cultivated an atmosphere of the worst and most power-hungry among us. They have also amazingly somehow managed to cultivate an air of unquestionable altruism around themselves.

“The business of buying weapons that takes place in the Pentagon is a corrupt business — ethically and morally corrupt from top to bottom. The process is dominated by advocacy, with few, if any, checks and balances. Most people in power like this system of doing business and do not want it changed.” – Colonel James G. Burton (1993, 232)

In countries such as the United States, whose economies are commonly, though inaccurately, described as “capitalist” or “free-market,” war and preparation for war systematically corrupt both parties to the state-private transactions by which the government obtains the bulk of its military goods and services.

On one side, business interests seek to bend the state’s decisions in their favor by corrupting official decision-makers with outright and de facto bribes. The former include cash, gifts in kind, loans, entertainment, transportation, lodging, prostitutes’ services, inside information about personal investment opportunities, overly generous speaking fees, and promises of future employment or “consulting” patronage for officials or their family members, whereas the latter include campaign contributions (sometimes legal, sometimes illegal), sponsorship of political fund-raising events, and donations to charities or other causes favored by the relevant government officials.

To some of us, this is painfully obvious — quite literally at times. So very many are almost willfully blind to it all, yet there are also many still out there who have not shaken free of the deception, and tell themselves they are an active part in the best democratic society in the world! When the reality is demonstrably and even statistically false today. Caitlin Johnstone put it perfectly:

In John Steinbeck’s The Pearl, there are jewelry buyers set up around a fishing community which are all owned by the same plutocrat, but they all pretend to be in competition with one another. When the story’s protagonist discovers an enormous and valuable pearl and goes to sell it, they all gather round and individually bid far less than it is worth in order to trick him into giving it away for almost nothing. US politics is pretty much the same; two mainstream parties owned by the same political class, engaged in a staged bidding war for votes to give the illusion of competition.

In reality, the US political system is like the unplugged video game remote that kids give their baby brother so he stops whining that he wants a turn to play. No matter who they vote for they get an Orwellian warmongering government which exists solely to advance the agendas of a plutocratic class which has no loyalties to any nation; the only difference is sometimes that government is pretending to care about women and minorities and sometimes it’s pretending to care about white men. In reality, all the jewelers work for the same plutocrat, and that video game remote won’t impact the outcome of the game no matter how many buttons you push. 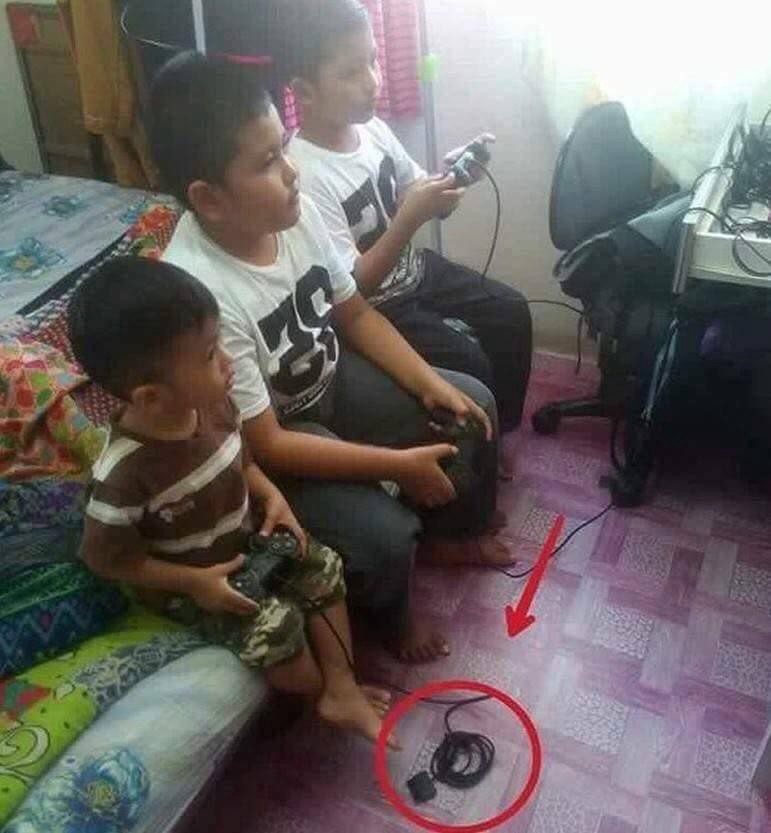 The only way to effect real change is to stop playing along with the rigged system and start waking people up to the lies. As long as Americans believe that the mass media are telling them the truth about their country and their partisan votes are going somewhere useful, the populace whose numbers should give it immense influence is nullified and sedated into a passive ride toward war, ecocide and oppression. If enough of us keep throwing sand in the gears of the lie factory, we can wake the masses up from the oligarchic lullaby they’re being sung. And then maybe we’ll be big enough to have a shot at grabbing one of the real video game controllers.

As always, take the information discussed in the video below and research it for yourself, and come to your own conclusions. Anyone telling you what the truth is, or claiming they have the answer, is likely leading you astray, for one reason or another. Stay Vigilant.

Welcome to The Daily Wrap Up, a concise show dedicated to bringing you the most relevant independent news, as we see it, from the last 24 hours (6/7/21). As always, take the information discussed in the video below and research it for yourself, and come to your own conclusions. Anyone telling you what the truth Read More…

US Airstrikes In Afghanistan Kill 16 Civilians, Mostly Women And Children

Afghanistan officials confirmed that US airstrikes targeted and killed at least 16 civilians, mostly women and children, in the eastern Nangarhar Province, targeting the civilians as they tried to flee out of an ISIS-held district where heavy fighting has been ongoing. The governor of the Haska Meena District said that the attacks targeted vehicles trying to Read More…

“A man is known by the company he keeps, and his character is reflected in his choice of friends. Let’s find out who the friends of Comet Ping Pong are…”  As the Pizzagate investigation continues and the evidence continues to mount, despite no recognition by mainstream media or the appropriate authorities, it becomes increasingly more Read More…