The Anonymous faction “RedCult” recently released a video further discussing #OpWhiteRose and their activism against presidential candidate, Donald Trump. Last Friday, Anonymous made a press statement stating that they had hacked into Trump’s personal networks and gathered a sizable “dox” (portfolio of personal information dumped onto the internet en-masse).

The Last American Vagabond recently released an article describing the standpoint that this was essentially a form of beta-class activism, only succeeding in beating around the bush and inflating the ego of Anons everywhere. The Vagabond does not in any way support Donald Trump, but releasing his personal information seemed to have no more of a point than trash-talking, and this is not activism.

The released video, titled “#OpWhiteRose Round 2” explained the situation a little further, and while it still does not come across like an effective form of activism, it explains why Anonymous would put effort into releasing this information of Trump. According to RedCult, all of the information they released  in the dox that they “hacked” were actually publicly available online since 2013. Instead of being a legitimate hack, this was a practice in open-source intelligence and media-spinning. 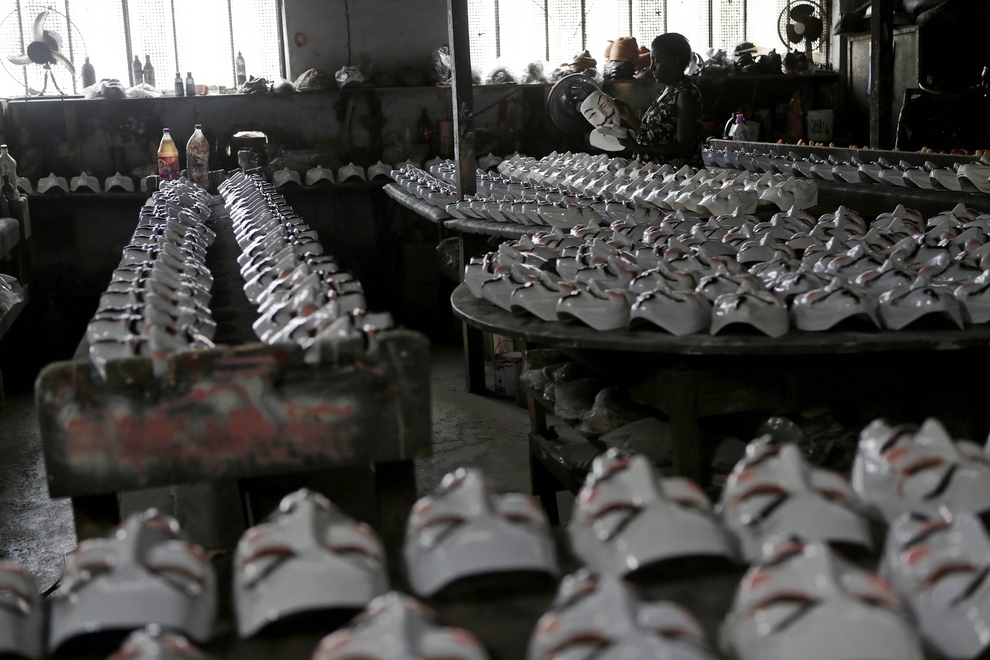 By claiming that they had hacked Trump, implying that they had broken the law, Anonymous effectively sent the FBI into a false-alarm investigation. Furthermore, RedCult announces this as if it demonstrates that they actually did something.

Firstly, no one is learning anything new about the FBI in this case. Secondly, just because Anonymous didn’t “hack” Donald Trump doesn’t mean that they are coming across any less conceited, biased, or zealous. On the contrary, RedCult is still happy to vilify Donald Trump as a “Fourth Reich fascist” and equate themselves to the White Rose Society, which was a primary nonviolent opposition against the Nazi regime. Let it be stated one more time that Donald Trump is not being supported by the Vagabond, and the real problem here is the limited frame of reference that is being used by Anonymous, as these type of things should be considered about all of the presidential candidates, Trump included.

As a final statement, RedCult is also responsible for propagating #OpISIS, which is the campaign against social media profiles related to ISIS. While eliminating ISIS propaganda is definitively a positive thing, RedCult’s #OpISIS has been just as much about social media censorship and Second-Amendment Infringements as it has been about ISIS propaganda–some reports even claiming that they have censored much more than ISIS at times. Therefore, in light of #OpWhiteRose, this article proposes that Anonymous RedCult is likely to be one of the primary units of Government Intelligence wearing the Guy Fawkes mask. 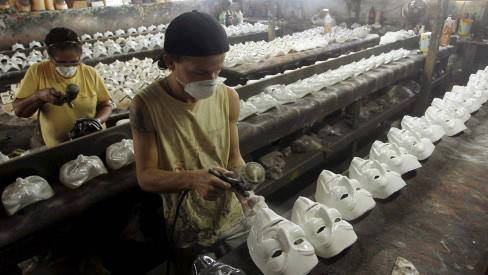 RedCult has maintained a consistent correspondence with the Media, and has always used divisive, Leftist wordplay in their press statements. Rather than having any authenticity, it seems that RedCult are perhaps what researchers have begun to call information “Gatekeepers.” A “gatekeeper” in this instance is a slang-term to describe prominent figures who have had their opinions either bought out or inherently distorted, meaning that they are paid or persuaded otherwise to dismiss certain issues. The theory behind this is that these Gatekeepers are meant to lead activists away from getting closer to the entire truth by convoluting it.

A brief list of these types of Gatekeepers are Neil DeGrasse Tyson and Bill Nye for ties to Monsanto; Amy Goodman of Democracy Now!; Noam Chomsky, who denies a conspiracy behind the JFK Assassination and 9/11, and argues that critiques of the Federal Reserve are ill-founded; Timothy Leary and Alduos Huxley for their relationship to Allen Dulles of the CIA during the 60’s counter culture movement; Glenn Greenwald and The Intercept for their primary funding from NSA-cozy ebay/Paypal owner, Pierre Omidyar. Similar to these “Gatekeepers” are institutions of thought meant to misguide people, called “Limited Hang-outs.” The OCCUPY movements, Color Revolutions (ARAB SPRING), the “New Age” pseudo-spiritual movement, and likely even the Snowden Files can all be considered forms of Limited Hang-outs. Now, it seems that Anonymous can safely be considered one of these Limited Hang-outs, and RedCult one if its Gatekeepers.

A final message: It might be time to get rid of Anonymous. After all, real truthers don’t wear the face of an ineffective scapegoat (Fawkes), produced in factories of third-world countries, funded by Time Warner Inc. and stimulated by an elitist Hollywood agenda. Any real truthers left still wearing the mask may want to consider adopting a new moniker before their own authenticity is called into question! 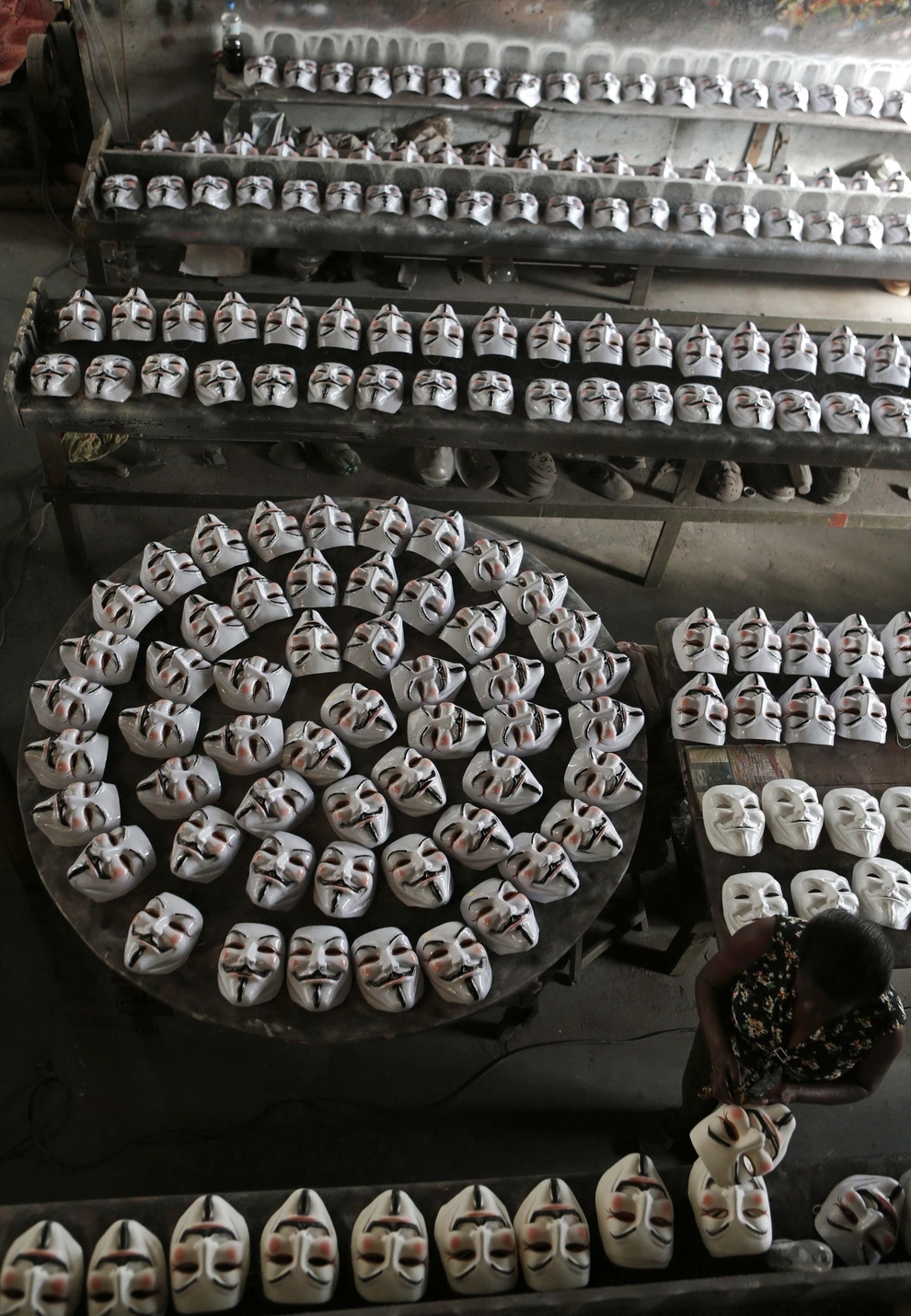 Welcome to The Daily Wrap Up, a concise show dedicated to bringing you the most relevant independent news, as we see it, from the last 24 hours (9/10/20). As always, take the information discussed in the video below and research it for yourself, and come to your own conclusions. Anyone telling you what the truth Read More…

“It’s the first time in decades that the federal government has curtailed its oppressive prohibition of marijuana,” the measure’s co-author, Rep. Dana Rohrabacher With a large step in the right direction congress quietly ended the possibility of federal raids on medical marijuana patients. The 1.1 trillion dollar spending bill that is preventing the U.S. government Read More…