It seems sort of funny to think we have to “restore faith in humanity,” but when we live in a day and age filled with so many controversial, sad, and downright wrong happenings in the world, we do, indeed, need stories to lift us up.

In our day-to-day lives, we witness just how ungrateful and impatient humans, even, dare I say, ourselves, can be. Just last week I witnessed a totally zenned-out young woman coming out of a yoga studio to find someone had completely smashed in her car window to steal her purse. She was shocked, angry, sad, and ultimately, in her words, “at a loss for faith in humanity.” It reminded me how little trust we have in people because of situations like this.

We can’t leave our car doors unlocked, never mind lock them and leave our belongings in plain site. We’re afraid to go for walks in the dark by ourselves, and even a jog in the middle of the day poses dangers, since, as recent news has reported, doing so has claimed the lives of two young women. We can’t have a civil political debate over dinner, nor even trust the government at all, with more leaks showing just how corrupt the system truly is.

Racial equality has resurfaced in the worst way, with movements trying to prove to society why black lives should matter despite how self-evident that fact should be. Mass shootings at malls, movie theaters, children’s schools, universities, a gay nightclub, etc. wreak havoc on our nation continuously.

Wildlife is diminishing due to deforestation and climate change at the hands of humans. Terrorism continues to shake our world to its core. This year, Earth Overshoot Day came the earliest it ever has, and that’s a bad sign for the planet. And this is all just a glimpse. Depressed yet?

But in the words of American Beauty‘s main character Lester Burnham, “…it’s hard to stay mad, when there’s so much beauty in the world.”

Despite all the bad, there is still so much good, and whenever you think you have lost your faith in humanity, take a look at these wonderful photos that will undoubtedly warm your heart:

1. This man bought turtles from a food market and then released them back into the sea. 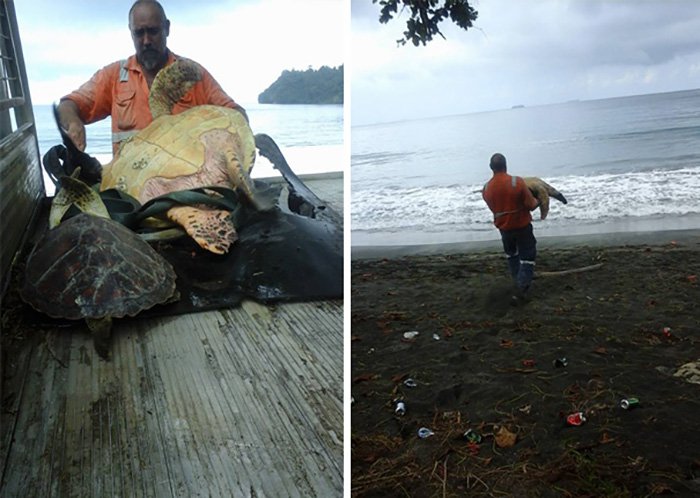 2. This officer talked a man out of committing suicide, and then eight years later, that very man, now a father of tw0, gave the officer an award at the American Foundation of Suicide. 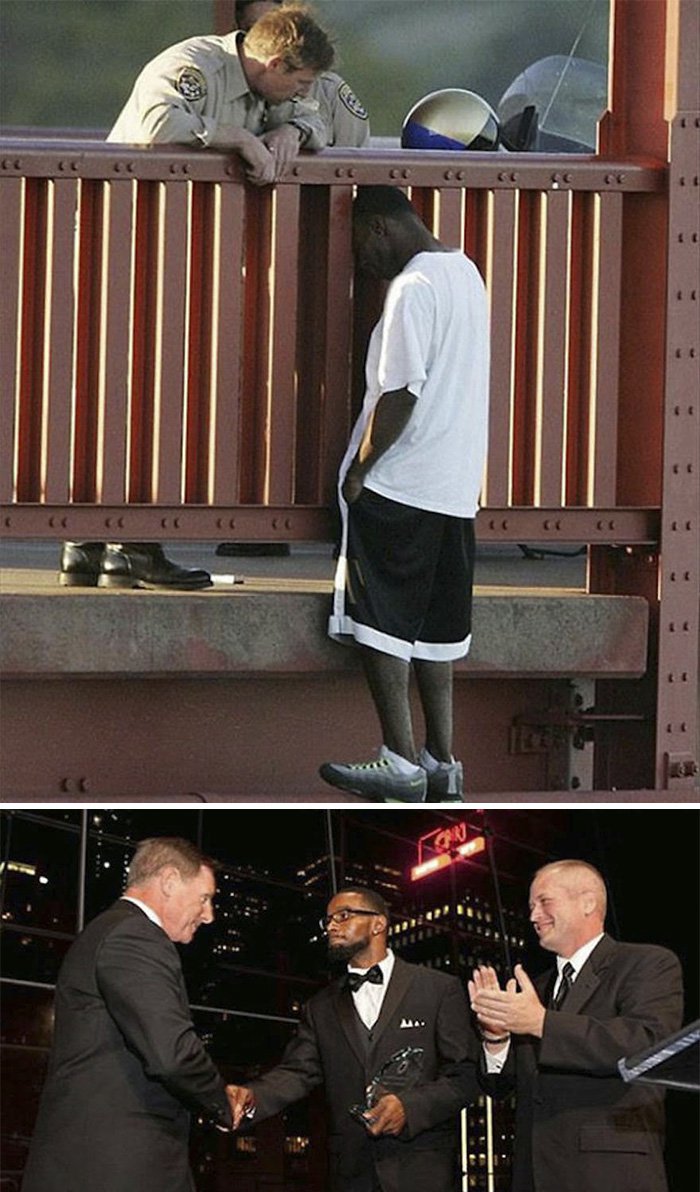 3. This little boy risked his life to save a drowning baby deer from floodwater in Bangladesh.

4. These men cut lawns for people who aren’t capable of doing it themselves. 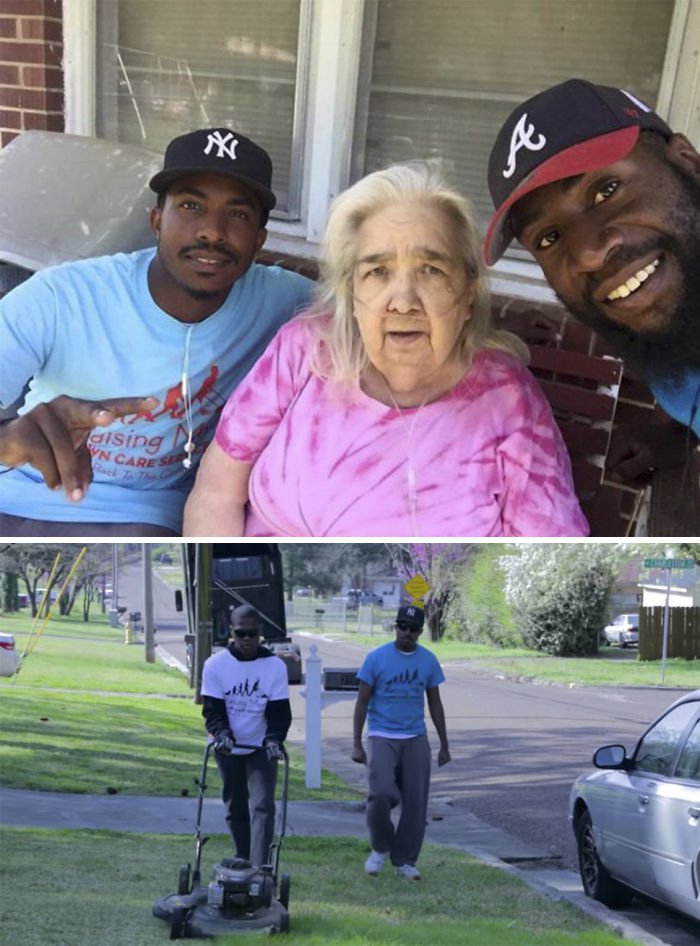 5. This man gave his shoes to a homeless girl in Rio De Janeiro. 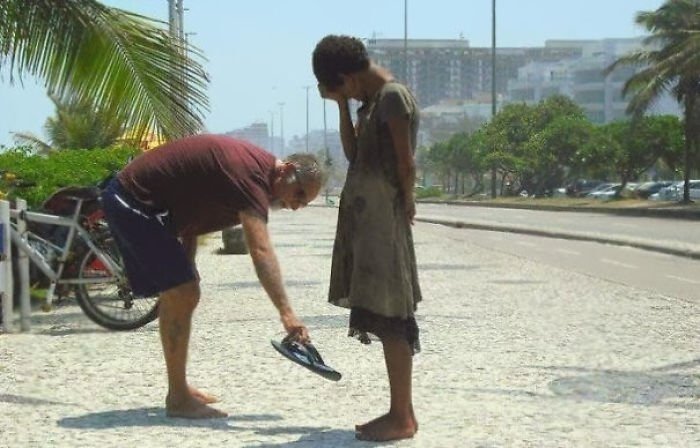 6. This man takes his sick dog to a lake every night to help his pain subside. 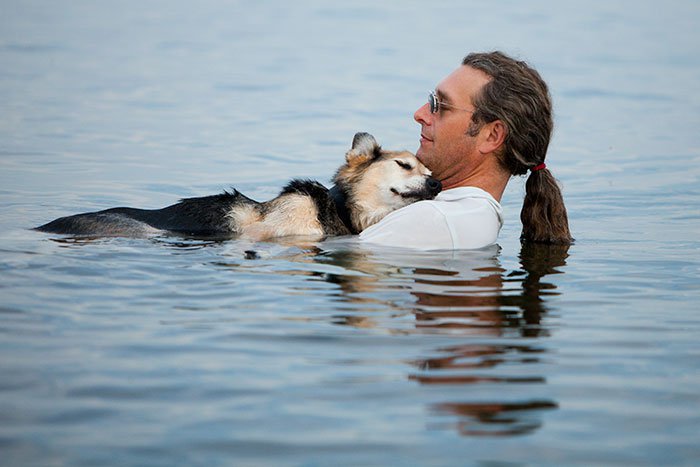 7. An officer asked protestors in Brazil to not “create episodes,” because it was his birthday. Then, a group of protestors surprised him with this: 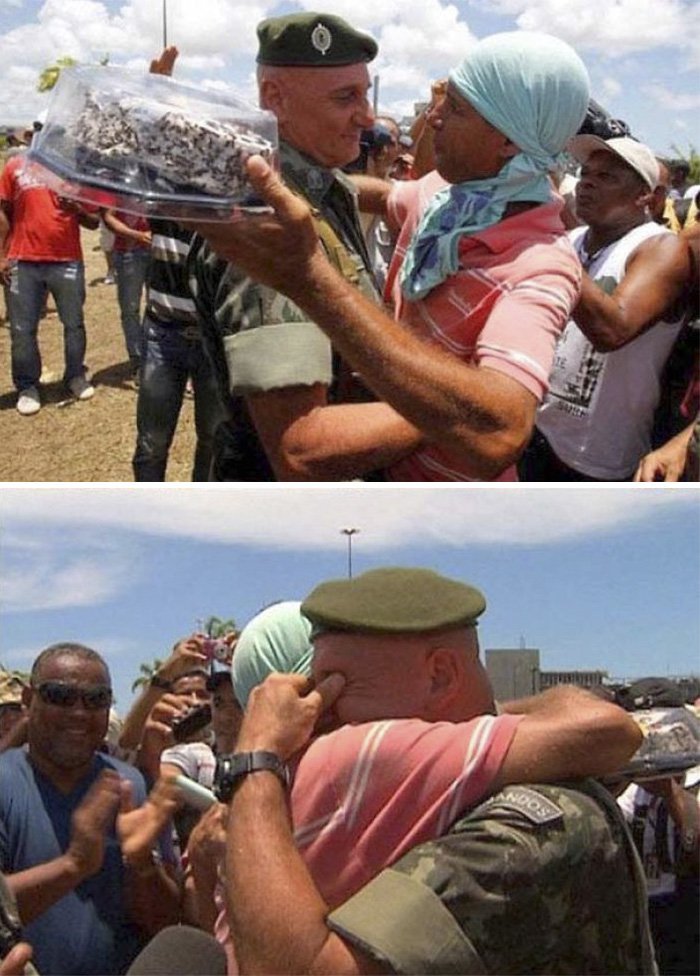 8. This Pakistani waiter fed a homeless person because he couldn’t use his own hands. 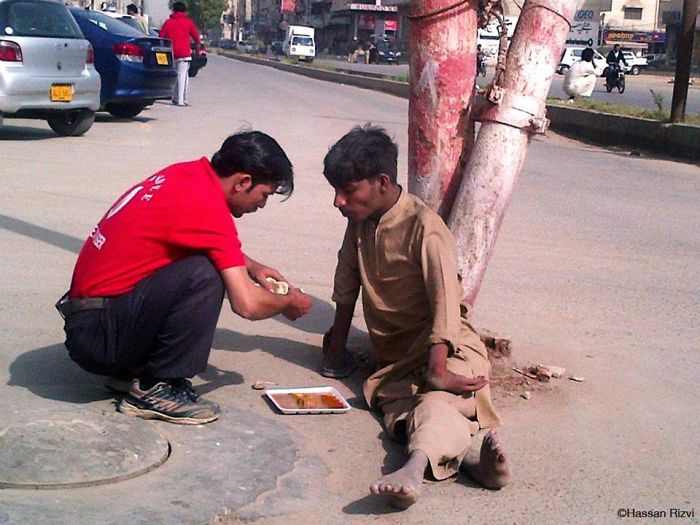 9. An employee at Wendy’s removed an umbrella from an outside table to walk an elderly man to his car in the rain. 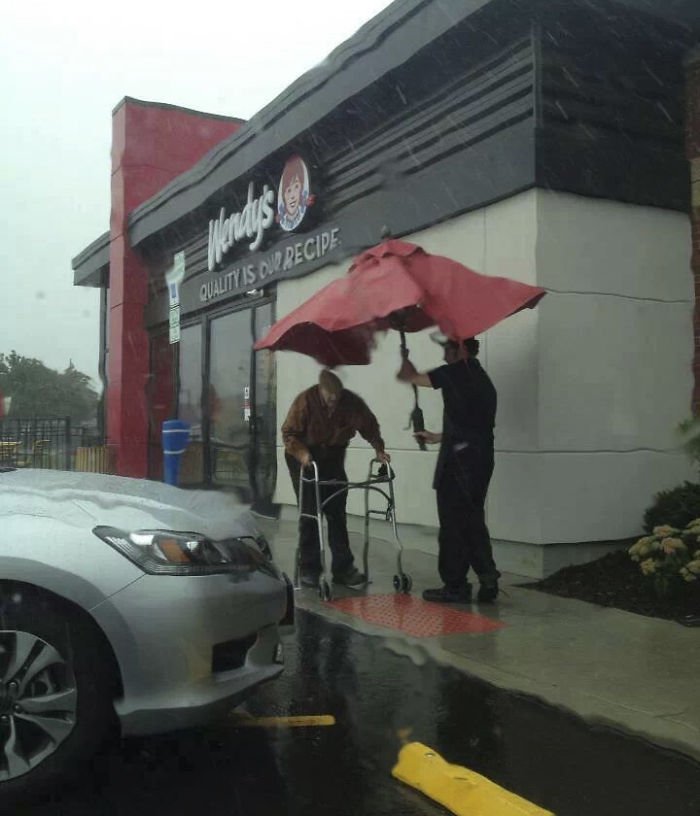 10. This Turkish bride and groom spent their wedding day serving food to 4,000 refugees. 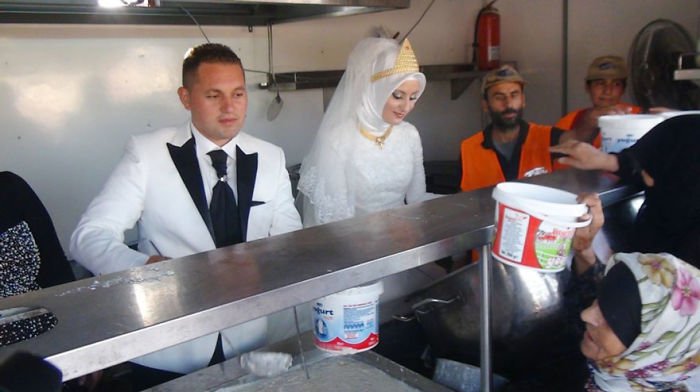 Over 577 civilians, mostly women and children, have been killed or wounded in the first half of 2018 by U.S. backed Saudi airstrikes and artillery attacks in Saada, Yemen. Sadaa,Yemen — The U.S. backed Saudi-led coalition’s bloody campaign of airstrikes in Yemen continues to claim civilian victims. Yemen`s northern province as Sadaa, declared a military zone by Read More…

The United States and its allies continue to cajole and threaten North Korea to negotiate an agreement that would relinquish its growing nuclear and ballistic-missile programs. The latest verbal prodding came from President Trump during his joint press conference with South Korean president Moon Jae-in. Trump urged Pyongyang to “come to the negotiating table,” and Read More…

Dan Harmon has deleted his Twitter account after a deeply disturbing film of him pretending to rape a baby surfaced online. (TFTP) Dan Harmon, creator of the popular Cartoon Network series Rick and Morty, deleted his Twitter account this week, after a disturbing sketch film that he recorded in 2009 surfaced online. The film was summarized Read More…

3 Replies to “10 More Beautiful Images That Remind You We Still Live In A Beautiful World, With Beautiful People”