A large-scale offensive of the Syrian Arab Army on the liberation of south-western provinces of Daraa and Quneitra from various terrorist groups began a few days ago. The Syrian army has recently sent fresh reinforcements including tanks and artillery units as well as thousands of servicemen from various parts of the country. 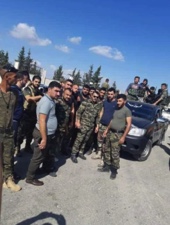 According to a source in the Syrian High Command, yesterday night the government forces backed by the Air Force engaged in heavy clashes with Hayat Tahrir al-Sham militants in the settlements of Musaykah and al-Dallafa, causing heavy losses on them in manpower and military equipment.

The source goes on to say, that after liberating these towns and nearby regions, the government forces will cut off the militants supply routes and create a pocket. These measures undoubtedly will contribute much to the early destruction of the militants due to the lack of weapons supplies and support from the outside.

For the past several days the Syrian helicopters dropped dozens of leaflets urging the militants to surrender and lay down weapons. In this case, they will have an opportunity to be transferred to Idlib province.

A number of analysts believe, the defeat of the extremists is inevitable and to occur soon. The numerous inter-tribal, and interethnic conflicts in the terrorist-held areas between various groups also plays into the Syrian Army’s hand. For instance, apart from HTS militants, Al-Aqsa Martyrs’ Brigades also operates near Jordan-Israel border. In recent years, the radicals are surrounded and have to fight with small groups for the superiority in the region.

Despite the successful steps of the Syrian army and the allied forces in the region, Israel continues making its adjustments. Realizing the military superiority of the Syrian troops, Israel provides various terrorist groups with all-round support in the form of weapons supplies and the treatment of its representatives in a military hospital in the Golan Heights. The representatives of the Israeli special services were also seen in the evacuation of the injured terrorist’s commanders from Syria.

It this way Israel is trying not to miss the opportunity to intervene in the course of the Syrian crisis. Let’s not forget, since 1948 Damascus and Tel Aviv have been at war. In 1967, Israel occupied the Golan Heights, and in 1981 annexed the area. 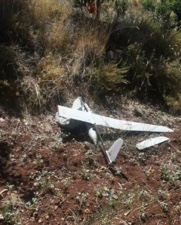 The downed Skylark Israeli drone in the southern province of Quneitra on June 19 once again confirms that Israel does not stop its sabotage activities on the territory of a sovereign state. Using this device the Israeli servicemen, most likely, tried to clarify the number of Syrian troops involved in the operation.

In fact, having initiated a large-scale offensive in southern Syria, the government forces threaten the efforts of Tel Aviv. It has spent millions of dollars on a destabilizing situation in the region and supporting terrorist groups.

Probably, Israel seizing an opportunity to save the money spent, and with the intensification of the Syrian army offensive, it will intensify artillery shelling and air strikes.

The presence of the Hezbollah and Iranian units in south-western Syria will only anger Tel Aviv. The Israeli armed forces have repeatedly carried out missile attacks and other acts of aggression against the Syrian Arab Republic under the pretext of opposing the actions of Iran in Syria.

Despite the silence of mainstream media about the successful steps of the Syrian army in fighting terrorism and interference by Israel, the government forces are quite capable of pushing terrorists out from the south within the next couple of months as well as returning peace and stability to the region.

Firas Samuri
Firas Samuri is a contributer to The Last American Vagabond from Inside Syria Media Center.
https://www.thelastamericanvagabond.com

The US Has Officially Lost The War In Syria: Report

By ending the “secret” CIA program to arm and train Syrian rebels attempting to topple Bashar al-Assad in Syria, the Trump administration has accepted defeat in Syria, according to the Century Foundation, a prominent New York-based think tank. The Century Foundation believes this signals an end to America’s commitment to achieving regime change in Syria and claims Washington’s Read More…

Banned Weapons Used In All US War Theaters. In All Post-9/11 Wars, US Used Banned Chemical, Biological, Radiological, Incendiary And Cluster Munitions

Whenever US forces aggressively attacks countries, dirty war is waged, including use of banned weapons. Prohibited terror-bombing is longstanding US policy, indiscriminately harming civilians. The Laws of War: Laws and Customs of War on Land (1907 Hague IV Convention) states: Article 25: “The attack or bombardment, by whatever means, of towns, villages, dwellings, or buildings which Read More…