Most of the remaining Russian forces operating in Syria, including the Tu-22M3 long-range bombers and Beriev A-50 AWACSs are returning to home just days after President Vladimir Putin surprised the world by announcing that Russian military forces would swiftly withdraw from Syria – a promise that elicited accusations of insincerity from the West.

The first contingent of Russian aircraft left on Tuesday, according to Russia Today.

A Russian military police battalion of the Southern Military District arrived aboard two cargo aircraft in the city of Makhachkala, in the North Caucasus Republic of Dagestan, according to the Defense Ministry.

The ministry published a video of warplanes departing Syria at dawn followed by military accompanied by footage of soldiers’ relatives greeting them in Russia. 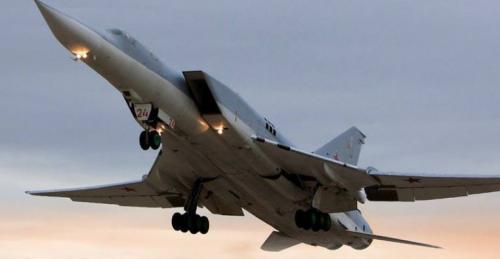 A Russian military police battalion was deployed to Syria in December 2016 to maintain security in de-escalation zones. The officers escorted more than 1,700 humanitarian convoys and ensured civilians’ security.

The first military aircraft to arrive back in Russia were the Tu-22M3 bombers and the Beriev A-50 airborne early warning and control aircraft. The long-range bombers landed at their home airbase in Russia’s Kaluga region after a brief interlude in North Ossetia.

“Flight crews successfully accomplished tasks on delivering strikes on terrorists’ objects in the Syrian Arab Republic,” the Defense Ministry said in a statement. It did not elaborate on how many Tu-22M3 aircraft arrived at the base.

The A-50 arrived in Russia’s Ivanovo. The pilots were greeted with accolades for a “successful task performance.”

A total of 25 aircraft, as well as Russian special forces, military police and sapper teams are preparing to leave Syria, where they have assisted Syrian government forces in the battle against the Islamic State (IS, formerly ISIS) terrorists since September 2015. The terrorists have been more or less vanquished – no longer holding any significant territory in Syria. On December 6, the Russian General Staff declared the liberation of Syria from IS, saying that “all terrorist units of ISIS” in the country had been destroyed.

After the withdrawal, Russia will continue to use Khmeimim Airbase and the Syrian port of Tartus, which provides technical support for the Russian Navy, and the Russian Reconciliation Center for Syria will keep working.

UPDATED: Israeli forces have violently boarded a ship, being followed by Consortium News, that was headed to Gaza bringing humanitarian aid. A survivor of the USS Liberty is now in Israeli custody. Israeli soldiers in international waters boarded the Al Awda ship headed to Gaza to deliver relief supplies on Sunday, detaining everyone on board, including a Read More…

Western media have described Leopoldo López, a politician who has a dark history of inciting violent protests, as the “Venezuelan Nelson Mandela.” But they have ignored the facts surrounding his recent arrest, as well as that of fellow opposition leader Antonio Ledezma. CARACAS, Venezuela — Just days after Venezuela’s controversial vote to form a constituent assembly Read More…

Welcome to The Daily Wrap Up, a concise show dedicated to bringing you the most relevant independent news, as we see it, from the last 24 hours (7/15/20). As always, take the information discussed in the video below and research it for yourself, and come to your own conclusions. Anyone telling you what the truth Read More…