Gracious acts of kindness without expecting anything in return resulted in the miraculous recovery of this man’s stomach cancer.

Brice Royer, best-known for creating the Gift Economy Facebook page over a year ago, wholeheartedly believes that “the more you give, the richer you are.”

He didn’t always have such an optimistic attitude, however.

Last year, his life took a drastic turn when he was diagnosed with a rare form of stomach cancer. Because loneliness and depression threatened to take his life before the illness, he decided to prescribe himself a remedy of performing an act of kindness every day without expecting anything in return – for an entire year.

Regardless of what happened to him, he knew that he was enriching other peoples’ lives. He also had a feeling that being charitable could improve his health condition. Believe it or not, it did.

On April 14, Royer visited his doctor so he could receive the results of an MRI. It had been eleven months since the good Samaritan started giving away donations to people in need and offering unconditional love. Imagine his delight, then, when he received the good news that his body was free of cancer.

“I’m now cancer free!! Thanks to all the love and kindness it finally paid off! No surgery, chemo or medication.”

Reportedly, his doctor said the tumor actually shrunk – and may not even be malignant. He called the MRI results “unexplainable” by Western science.

Many mind-body practitioners believe that emotions play a powerful role in the physical manifestation(s) of disease. Cancer is often thought to be a result of stored anger and resentment, but charity and forgiveness are believed to help stimulate healing. Perhaps that is one of the explanations for Brice’s spontaneous recovery.

In the past eleven months, Royer has done a lot to help others. Not only did he raise $25,000 to build a solar tiny home for a homeless single mom, he helped start a tiny village that would transition people toward jobs and permanent housing. In addition, he arranged for organic vegetables to be delivered every week to the women’s shelter where the former homeless woman lived with for more than a year with her little girl. 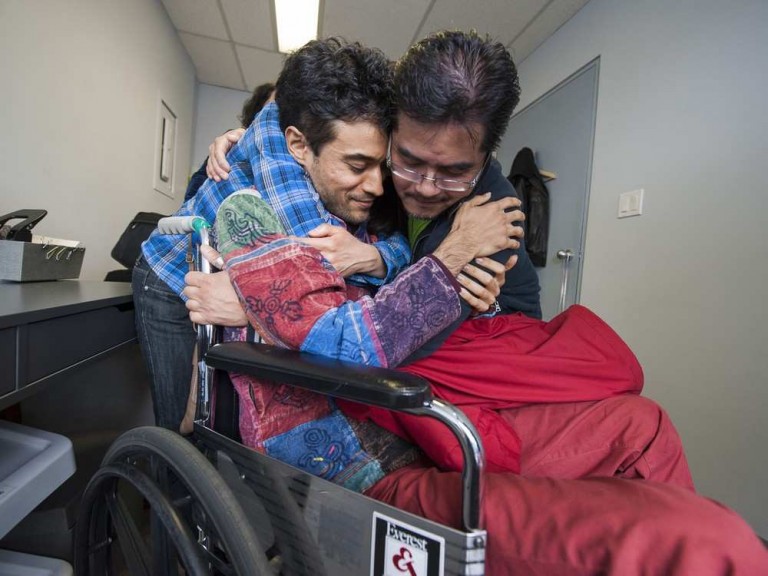 In an open letter, he relays all the scientific studies that have proven the healing power of love. He says:

“People who are mentally or physically ill have been inspired to do acts of kindness and to change the world. So just like them, I plan to continue doing random acts of kindness to heal myself and others.”

Undoubtedly, his example will inspire many people to believe that “giving is good medicine.”

After talking with his doctor (which you can viewed below), he stated:

“It gives me courage to keep doing what I’m doing. It encourages me to keep giving and I’m probably going to give even more.”

So, the next day, he celebrated by helping a friend pay for a car-related expense.

Scientists are quickly discovering health benefits associated with compounds found in cannabis plants, particularly the cannabinoids. CBD is one of the cannabinoids in cannabis. It’s non-pyschotropic meaning that it does not result in the euphoria that is seen with some other strains of cannabis. However, it is considered psychoactive in that it is able to Read More…

The scene is becoming familiar, even if the actors change from stage to stage: A political establishment is overturned by a wave of populist anger. Markets panic and a sell-off looks imminent. And then…things stabilize. The government changes, but things carry on. The latest version of this performance is taking place in Italy where Prime Read More…

The PCR Illusion, Masks Are Back For Everyone, Mandatory Injections Are Here & Coming To Your Door

Welcome to The Daily Wrap Up, a concise show dedicated to bringing you the most relevant independent news, as we see it, from the last 24 hours (7/27/21). As always, take the information discussed in the video below and research it for yourself, and come to your own conclusions. Anyone telling you what the truth Read More…