America’s foreign policy increasingly looks like the final scene from Scarface. After North Korea, Russia, China, Venezuela, Myanmar, Syria, Palestine and Iran, the latest country to be in the crosshairs of globalists is Pakistan. However, as usual, there’s more to the story than the propaganda. The real, unspoken reason behind the drama is America’s anti-China strategy, but let’s analyze the big picture.

The official talking points scapegoat Pakistan for terrorism in Afghanistan. The repeated mantra is that Taliban and the Haqqani network of terrorists sneak in from Pakistan and attack the US troops in Afghanistan. While there’s some truth to this, the bloviating experts ignore that 40% of Afghanistan is now under Taliban’s control.

17 years of U.S. presence, 2,300 dead and 20,000 wounded American soldiers, and $800 billion later … the Taliban are as powerful as they have ever been. In 2017 alone, the Taliban killed over 10,000 Afghan soldiers and police officers. In a country where 70% of adults are illiterate and more than a third of the population live in extreme poverty – living under $2 a day – it’s not hard to recruit fighters and suicide bombers.

Another overlooked fact: Afghanistan’s opium poppy production has quadrupled since the US invasion in 2002. In 2017, Afghanistan produced record 500 tons of export-quality heroin, amounting to 90% of global market. Afghan poppy farmers and Taliban made about $1.5 billion, although the street price of that heroin in the West translates to more than $100 billion. There are many global powers that benefit from this heroin trade, which is why nobody complains about it.

How does Pakistan fit into the picture? First, Pakistan is involved in the drug trade as the primary middleman (groups from Turkmenistan and Iran are other enablers).

As for Islamic fundamentalism and terrorism, it’s the U.S. that created the Frankenstein monsters in both Pakistan and Afghanistan during the 1980s. Even the now-demonized Haqqani network was created, trained and armed by the CIA in the 1980s. The CIA needed fanatical and cheap fighters for its proxy war against the USSR. Pakistan became the logistical center as well as the breeding ground for terrorists. Saudi-funded Islamic schools – Madrassas – were set up all over Pakistan, and the CIA even published children’s textbooks that were despicably filled with violence and hatred.

When the war was over, the US abruptly left the region and stopped its aid to Pakistan, which was also saddled with millions of Afghan refugees. America’s mad proxy warriors, the Mujahideen, morphed into Taliban (local fighters) and Al Qaeda (global fighters). Pakistan’s intelligence, ISI, also found terrorism to be a useful tool against India in Kashmir. Soon, even honest Pakistani politicians found that they couldn’t get elected without support from extremists.

However, if Pakistan is playing double games, so does the US. First, considering the history of CIA and drug trafficking, it’s not far-fetched to suspect that globalists are using Afghan heroin to fund off-the-book projects.

Second, many people, including Hamid Karzai – former Afghan President from 2011 to 2014 – have asserted that the US is bringing in and arming ISIS in Afghanistan. ISIS could be a Deep State tool to fight the Taliban and disrupt China’s Silk Road in Central Asia. (The truth about ISIS is revealed in my book, Syria – War of Deception).

Third, most importantly, the U.S. wants to stay in Afghanistan for geopolitical reasons – to have a footprint against China, Russia and Iran. Thus, it’s not in the best interest of the U.S. to have a peaceful, stable Afghanistan. As long as there’s chaos in Afghanistan, there’s a justification for U.S. military bases. It’s the classic Problem-Reaction-Solution paradigm.

Now we come to the real reason behind the latest US-Pakistan feud: Pakistan’s rapid move into China’s orbit. Under CPEC – China Pakistan Economic Corridor – China plans to spend $60 billion on various infrastructure projects in Pakistan. It has already built power plants and many highways; and an airport and a seaport in the city of Gwadar are under construction to transform the sleeping town into a vibrant trade hub. Pakistan also recently agreed to use Chinese Yuan instead of the U.S. dollar in bilateral trade.

Globalists find all these to be unsavory, but what crosses the red line is Pakistan providing China an access to the Indian Ocean. You see, America planned to contain China by controlling South China Sea and the chokepoint – Strait of Malacca – through which most Chinese imports and exports travel. In case of a US-China conflict, the US can easily disrupt China’s economy by blocking the sea route. 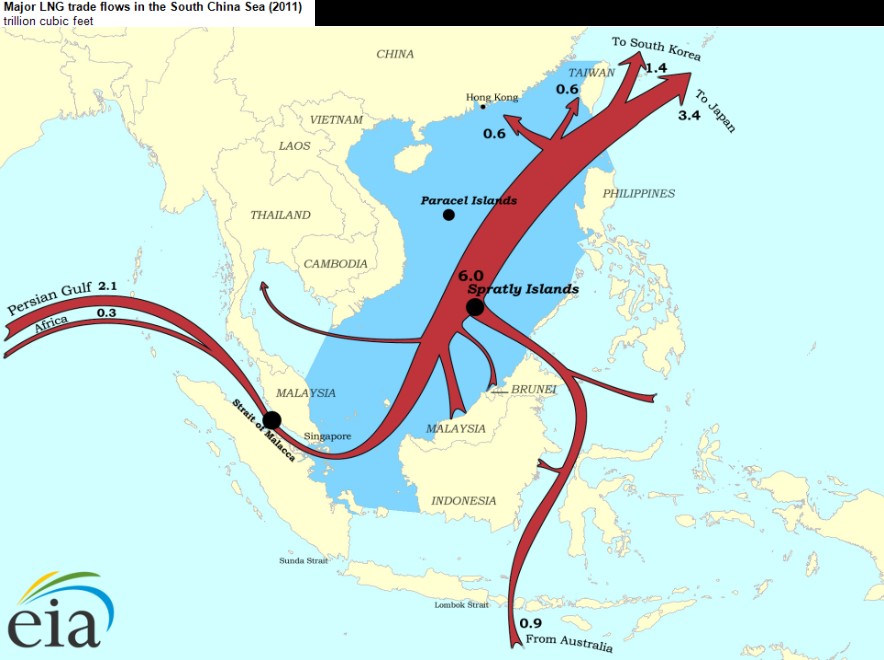 However, China is working on two escape routes: Pakistan and Myanmar. With pipelines, highways, railways and seaports, Chinese imports and exports to/from Europe and the Middle East can soon avoid the dreaded chokepoint. These shortcuts will also significantly reduce the shipping time. 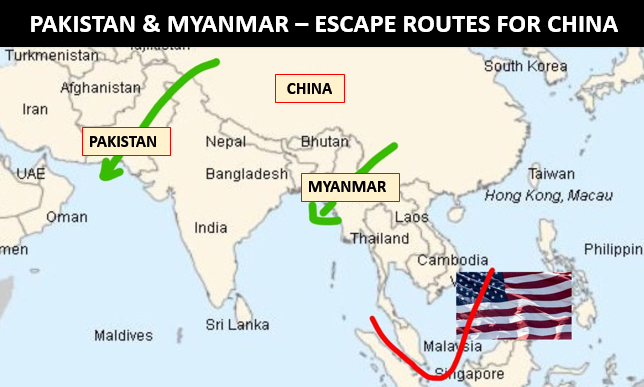 This is why both Myanmar and Pakistan have suddenly found themselves under fire from the West. The Rohingya crisis has a lot of links to Saudi Arabia and ISIS. Regarding Pakistan, globalists have been openly talking for a decade about carving up a new country called Balochistan that would grab land from Iran as well. India and the US are suspected of actively supporting Baloch separatists. And it’s no coincidence that Balochistan will include Gwadar, the strategic sea port that China is working on! 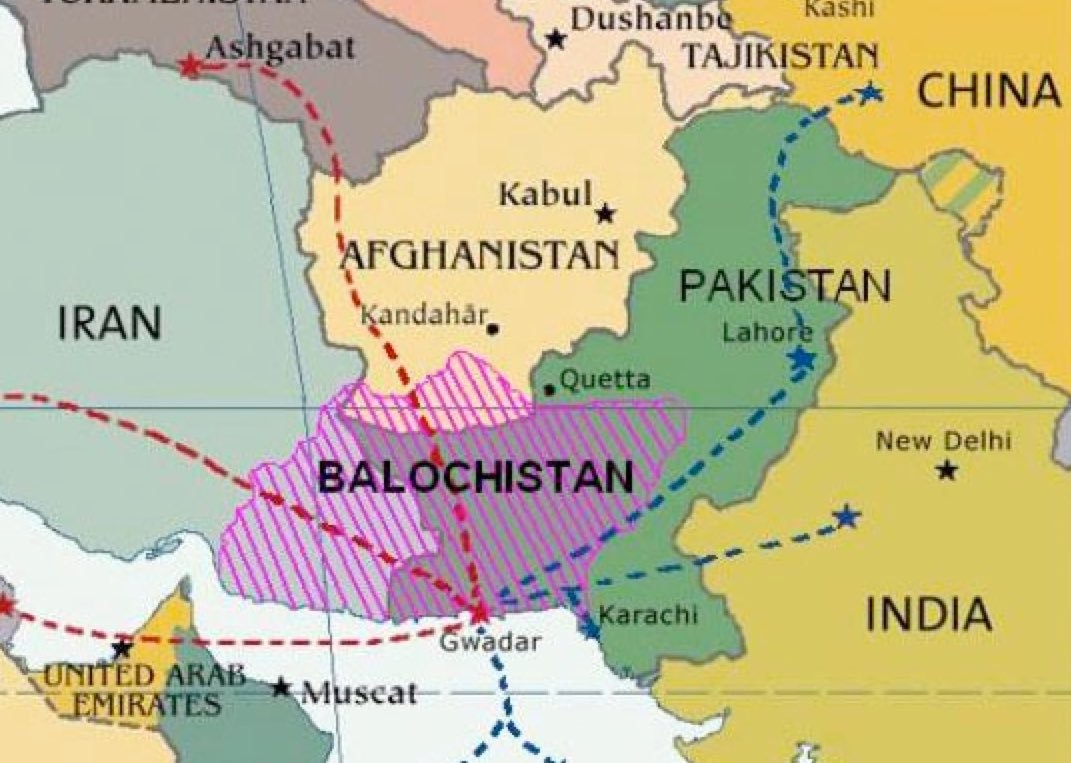 The alliances are now solidified in South Asia: US+India versus Pakistan+China. The US-Pakistan divorce will accelerate if China and Pakistan succeed in bringing Afghanistan into CPEC. Eventually, four countries – Russia, China, Pakistan and Iran – will try to push U.S. military out of Afghanistan.

Afghans have experienced only war, destruction, drugs and chaos by aligning themselves with the US. During the Soviet war, 1.5 million Afghans died and 5 million became refugees. Between 1970-1978, opium/heroin export was virtually non-existent in Afghanistan. However, by 1984, half of all heroin in the US originated from Afghanistan.

Another pernicious drug – of spiritual kind – is Wahhabism that was brought in the 1980s by the US and Saudi Arabia to replace the moderate Sufi Islam of Afghanistan.

When the war was over, the US left Afghanistan abruptly, catapulting the nation into a civil war. The next time the US showed up, it was with fire and fury after 9/11. Since 2001, America has only brought more instability and misery. Afghanistan is now so unsafe that when US officials such as Mattis and Tillerson visit, they come unannounced, fly in at night, and leave quickly.

The US claims to have spent more than $100 billion on Afghanistan’s reconstruction, but half the population doesn’t have access to clean water and 1 in 5 Afghan child dies before the age of two. The West gave a fake Nobel prize to Malala, while 80% of Afghan girls are illiterate. (Here’s an excellent article on how private military contractors have turned Afghanistan into a cesspool of bribes and corruption).

Compare this to the 1960s when the Soviet Union built dams (like this and this), highways (like Salang Highway, an engineering masterpiece), universities, apartments and hospitals in Afghanistan; and when Russian doctors, nurses and teachers were helping Afghans in remote rural areas. There was no Taliban or Haqqani or Islamic terrorism or opium; and Kabul was known as the Paris of Central Asia.

Similarly, Pakistan used to be a safe, moderate country that US Presidents Eisenhower and Nixon and First Lady Jackie Kennedy visited.

Pakistan and Afghanistan can reverse the mistakes of the last forty years and endeavor to create a new future of cooperation, peace and prosperity. Both countries need to embrace China’s Silk Road and gradually eradicate Wahhabism (and reclaim their tradition of tolerant Sufism). If Afghanistan is smart, it will also politely eject US military bases and adopt a neutral, non-aligned foreign policy. As for the US, it needs to give up on its Machiavellian obsession to rule every corner of the world and instead focus on influence through shared prosperity and growth.

Chris Kanthan is the author of a new book, Syria – War of Deception. It’s available in a condensed as well as a longer version. Chris lives in the San Francisco Bay Area, has traveled to 35 countries, and writes about world affairs, politics, economy and health. His other book is Deconstructing Monsanto.

Welcome to The Daily Wrap Up, a concise show dedicated to bringing you the most relevant independent news, as we see it, from the last 24 hours (3/16/21). As always, take the information discussed in the video below and research it for yourself, and come to your own conclusions. Anyone telling you what the truth Read More…

Welcome to The Daily Wrap Up, a concise show dedicated to bringing you the most relevant independent news, as we see it, from the last 24 hours (5/25/21). As always, take the information discussed in the video below and research it for yourself, and come to your own conclusions. Anyone telling you what the truth Read More…

How The Global Monetary Meltdown Will Unfold

As the Bank of Japan continues its de facto nationalisation of the Japanese economy, things do not look good for the Land of the__ Setting Sun. But as Japan-based economic analyst Marc Abela explains, the coming crisis may be our only opportunity for a real reset.