With every passing day, the Marijuana Movement and its renewal of personal freedom and constitutional focus is awakening the voice of the masses. This revival of founding American principles is scaring those financially invested in maintaining the country’s complacent and stagnant status quo. As many are beginning to see, a lot more is riding on this movement than the right to smoke weed. This entire issue is deeply rooted in refreshing and revitalizing the power behind the true governing body of this country, the 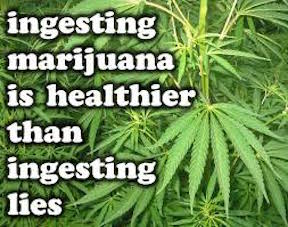 people. It is this simple fact that is causing the government to use every possible situation at its disposal to defame cannabis and all of its proven uses and benefits. Unfortunately, that includes using the extremely sensitive story of a young man and his death at the hand of a police officer.

The story of Michael Brown is widely known and surrounded by debate. The death of a human being, provoked or not, is always an unfortunate and sorrowful event. This particular issue centers around the use of deadly force and whether it was justified. When a blood test found traces of marijuana, but no other psychoactive substances in Brown’s blood, one would have thought that the issue of intoxication would be off the table. Especially when the level was lower than that of the outdated government comparison of “one joint.” However, that was not the case as the transcript shows in the testimony heard by the grand jury that rejected criminal charges against Darren Wilson, the Ferguson, Missouri police officer who shot and killed Brown on August 9. 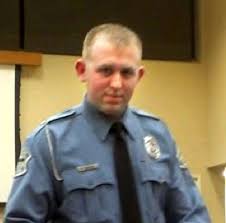 Wilson testified that the unarmed 18-year old had attacked him without provocation, punching him in the face and trying to grab his gun. He claimed that Brown had “the most intense aggressive face” and looked like “a demon” comparing him to Hulk Hogan. After firing two shots, one of which struck its target, Wilson left his car and continued on foot. Brown then decided to charge the officer. Wilson said Brown continued to charge him even after he was struck by five additional rounds, forcing Wilson to fire the final, fatal round into Brown’s head. Anyone charging a police officer runs the obvious risk of being shot. The idea that marijuana had any effect on this choice is unfounded. Although Wilson reportedly had the impression that Brown was on drugs the day of the deadly encounter, the subject was not broached during his testimony. That task fell to Assistant DA, Kathy Alizadeh and Sheila Whirley. who claimed that high doses of THC can cause “paranoia,” “hallucinations,” and “psychotic episodes.”

St. Louis County’s chief toxicologist, Christopher Long, emphasized that such reactions are rare. “You smoke a joint and you chill out, that’s generally what happens.” According to Long, Brown’s blood contained 12 nanograms of active THC per milliliter, which he said would not be unusual for a recreational user who had smoked pot within the previous two hours. A study in 1992, reported in the Journal of Analytical Toxicology, found that subjects who smoked one joint had concentrations above 100 nanograms per milliliter directly after ingestion. This is dramatically lower than Brown’s blood level that is being associated with actions usually attributed to drugs like PCP or cocaine. This however did not stop the effort to confuse the grand jury into seeing cannabis as the cause of all the violent behavior.

Alizadeh attempted to obscure the point by noting that Brown’s THC level was “over twice” the cutoff that Colorado and Washington chose for drugged driving after legalizing marijuana. This arbitrary limit is highly unrealistic, treating many regular users as impaired even when they’re not. The fact that Brown was over this limit does not mean that he was a danger to himself or others. The idea that one tenth of a joint would cause a person to forget themselves and charge a police officer openly firing in their direction is laughably ridiculous. This shows either, how little the District Attorney knows about cannabis, or that intentional misinformation is just part of the daily routine.

As more states continue to openly defy the Federal government’s continued denial of public opinion in regards to cannabis, these flaccid arguments will lose their effectiveness and the government will lose its scapegoat. The tide is coming, and on it rides the revival of the United States and the people’s ability to affect change within. Over the years many have built their empires on lying and deceiving the American people. These parasites directly contributed to the decline this nation has experienced in just about every category not wartime related. The day of reckoning is drawing near and those who chose personal gain over the growth of this county will be judged, not only by time’s revealing nature, but by the united voice of the true American people.

UK Knew Of Khashoggi Plot, US’ Unwavering Saudi Support & How The US Created The Migrant “Invasion”

Welcome to The Daily Wrap Up, a concise show dedicated to bringing you the most relevant independent news, as we see it, from the last 24 hours (10/31/18). As always, take the information discussed in the video below and research it for yourself, and come to your own conclusions. Anyone telling you what the truth Read More…

US Stays In Syria, Kurds Call On Israel To Attack Turkey & US Says Israel Has ‘Right’ To Attack Iran

Welcome to The Daily Wrap Up, a concise show dedicated to bringing you the most relevant independent news, as we see it, from the last 24 hours (10/21/19). As always, take the information discussed in the video below and research it for yourself, and come to your own conclusions. Anyone telling you what the truth Read More…

Welcome to The Daily Wrap Up, a concise show dedicated to bringing you the most relevant independent news, as we see it, from the last 24 hours (1/22/19). While everyone is falling yet again for their distraction de jure, that of the MAGA hat wearing kids and the native American protester, responding like a cat Read More…