Fighting in Myanmar began in what is known as the post-independence period of 1948, and continues to this day, in what is dubbed the world’s longest-running civil war. Violence in the region became increasingly brutal in August of 2017 as Myanmar’s military carried out acts of arson on Rohingya villages, mass-killings of the Rohingya people, and sexual violence targeting Rohingya women and girls. This violence forced hundreds of thousands to flee into Bangladesh to seek refuge.

Myanmar’s government forces have already been repeatedly condemned by the international community for committing war crimes against the Rohingya people and as time passes little is done to protect the Rohingya from the brutal actions carried out by their own government.

Despite international sanctions imposed on Myanmar for human rights violations, European companies are still dipping their hands into Myanmar’s lucrative oil and mineral deposits by setting up shell companies in tax havens like Panama and the British Virgin Islands. 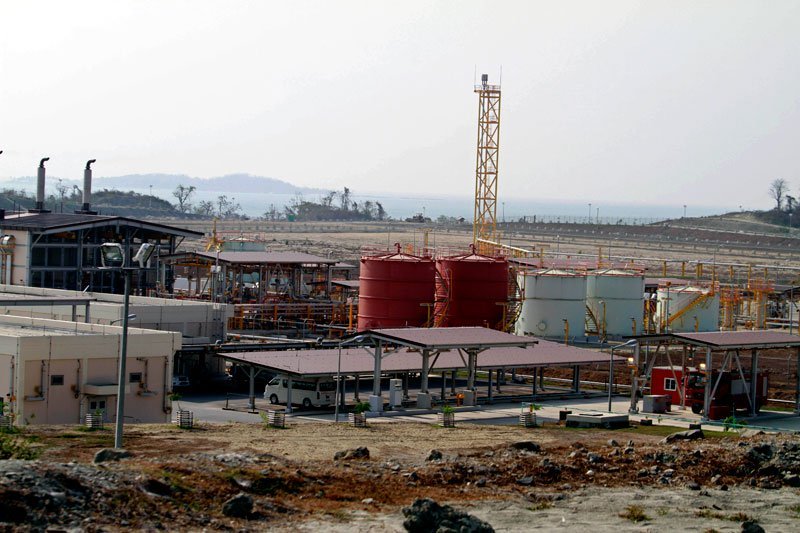 A clear example of these shell companies are fronts like Geopetrol and CIS Noble Oil. CIS Noble Oil’s only contact address is based in Baku the capital city of Azerbaijan and is not London based as it claims to be. Geopetrol is another company that was granted an offshore oil block by the government of Myanmar and is based the in the tax haven of Panama. 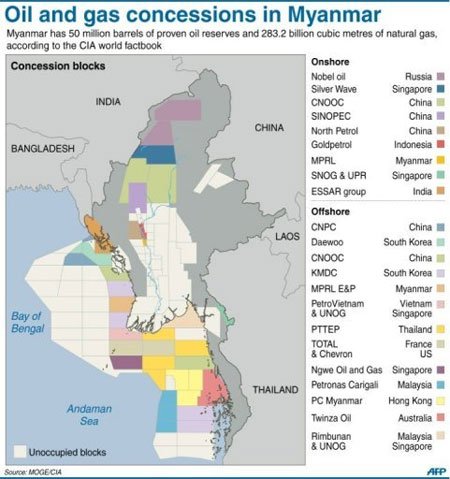 These offshore oil blocks are administered and controlled by the government of Myanmar. When a company wants to bid on an offshore oil block they have to partner with a domestic company within Myanmar according to the laws in Myanmar. Although oil is often fuel to regional profits it also fuels regional conflicts, but oil isn’t the only natural resource driving profits or violence in Myanmar the rare earth mineral jade is one of the main reasons for violence and unrest in Myanmar.

Jade jewels can sell from $1,000 up to $100,000 U.S. dollars or at $3,000 per ounce. The Jade trade in Myanmar, much like the oil, is controlled by the government of Myanmar which keeps most of the profits for themselves, and little wealth from the oil or jade profits trickle down to the people of Myanmar. 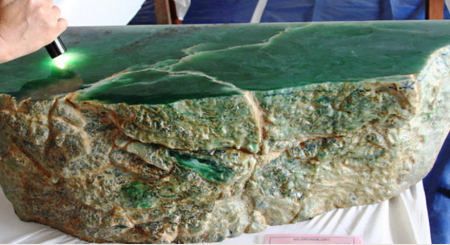 The conflict between ethnic armed groups and government forces in the northern state of Rakhine has led to the displacement of hundreds of thousands of Rohingya Muslims and widespread crimes against humanity including rape, forced labor, torture, and mass killings by government forces.

According to Global Witness, billions in jade are mined in Myanmar annually, and it is the generals in Myanmar’s military who control and profit from the Jade trade in Myanmar. The mountains in the northern state of Rakhine contain vast deposits of Jade and the displacement of hundreds of thousands Rohingya Muslims in Rakhine which paves the way for mining to begin in the cliffside villages of the Rakhine state. 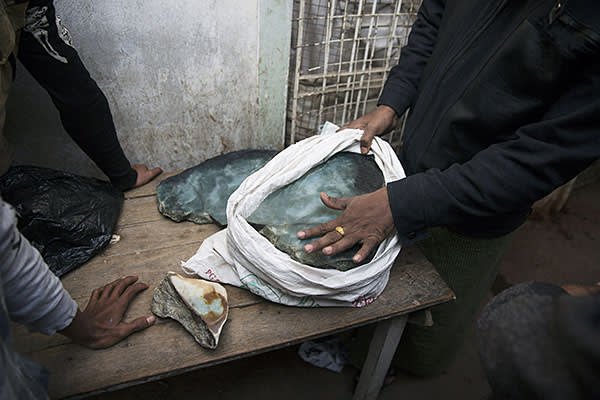 Jade profits in 2014 alone exceeded $31 billion or about 46 times what the government of Myanmar spent on health care for its citizens. Multiple media outlets have suspected that the Jade trade in Myanmar is the driving force behind the conflicts; clashes between armed ethnic groups and government forces are the result of powerful figures behind the scenes vying for a leg up in Myanmar’s Jade trade at the expense of the people of Myanmar, especially the Rohingya Muslims.

Multiple police outposts in Myanmar were allegedly attacked by armed ethnic groups which sparked heinous crackdowns by Myanmar’s government forces in which blatant acts of ethnic cleansing were carried out against the Rohingya. The Rohingya were targeted because of their religion in a country that is dominated by Buddhist and Christians. For decades the Rohingya have been treated as second-class citizens and recently have been denied the right to be citizens of Myanmar at birth. 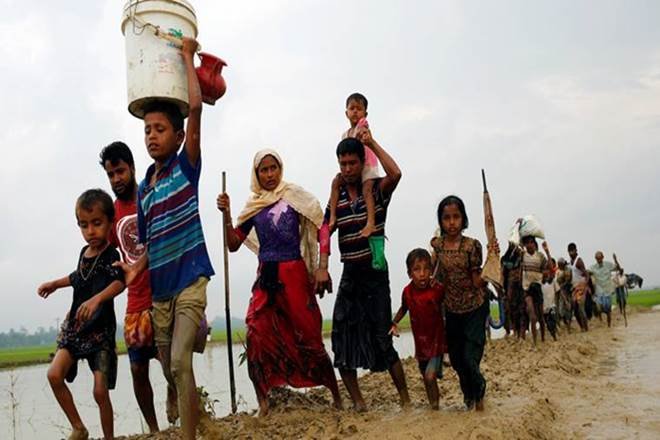 The international community cannot continue to sit idly by as war crimes are committed on daily basis and Rohingya women live with the fear of being raped, we cannot sit idly by as their places of worship are burned down or their homes are destroyed, we have to stand with the Rohingya’s and be their voice because theirs was taken long ago.

Welcome to The Daily Wrap Up, a concise show dedicated to bringing you the most relevant independent news, as we see it, from the last 24 hours. (Before checking out the YouTube version below, please consider checking us out on DTube first, as we attempt to being pulling away from YouTube and Google in general) (https://d.tube/#!/v/tlavagabond/wahgyldk) Read More…

Why is it, that in modern American politics, or rather the mediums on which the topics within are debated and discussed, it has essentially become acceptable, honorable even, to blatantly ignore the facts that do not fit one’s desired narrative in favor of that which aligns with their carefully cultivated world view? This is justified Read More…

It’s 2018, And Only One State In The US Has Outlawed Grown Men Marrying Little Girls

There is now a law in one state that bans child marriage, seeking to end a disgusting trend that has impacted children as young as 10 years old. (TFTP) When Americans think of pedophiles, they may think of an adult stalking and assaulting a child in an isolated case. But a form of pedophilia of Read More…