While the US didn’t directly order the airstrike against Syria’s T-4 airbase late Sunday night (Russia and the Syrian government had initially blamed the attack on the US), American officials reportedly confirmed to NBC News that the US had been informed of the impending strike by its ally, Israel.

Israel carried out the strikes against Syrian base, two U.S. officials tell @NBCNews, and the US was informed of the forthcoming strikes in advance. https://t.co/FKrc4V1ZM1

The pre-dawn attack was intended as retaliation for a poison gas attack on the last rebel stronghold near Damascus. That attack has been blamed (with no supporting evidence) on the Syrian regime.

Since 2012, Israel has launched more than 100 airstrikes on Syrian territory. Israel had previously struck the T-4 base in February after an Iranian drone purportedly violated Israeli airspace.

The T-4 base is near the Shayrat air base, which the US struck with nearly 60 tomahawk cruise missiles last year in response to another chemical attack that was blamed on the Syrian government (again, with no evidence).

President Trump threatened both “animal Assad” and Putin following the attack, saying there would be a “big price to pay” for masterminding the attack. 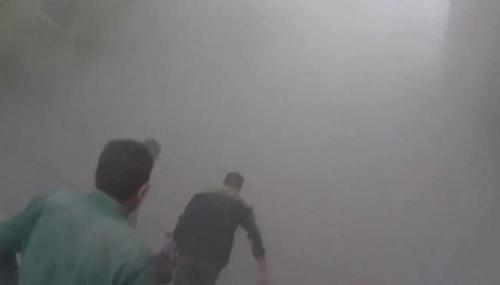 Trump is preparing to meet with senior military leaders and his new national security advisor – the infamously hawkish John Bolton – to discuss the administration’s Syria strategy.

Meanwhile, Assad’s government has denied any involvement in the chemical strike.

Russian Foreign Minister Sergey Lavrov called reports of the attack a “provocation.” The Russian military says it found no evidence of chemicals weapons used at the scene of the purported gas attack.

News that the US knew of – and there for tacitly approved of – the Israeli strikes will only serve to further strain relations between the US and Russia, which have officially deteriorated to their worst state since the Cold War.

And it also begs the question: How will Syria and Russia react?

South Korea Seeks Peace With North: Will US Sanction Seoul?

Are the neocons running circles around President Trump? His Secretary of State, Mike Pompeo, has opposed the president’s moves to open dialogue with North Korea from the get-go. Now he has managed to scuttle a visit to Pyongyang by showing Trump a letter from a North Korean official that is reported to be “belligerent.” That Read More…

As many as seven police officers have been shot, three of them fatally, in Baton Rouge and a manhunt is underway. According to multiple sources, the three Baton Rouge Police officers were shot around 9 am, though the gunman is still at large. SWAT has been deployed to the scene and roadways between Police Headquarters and I-12 are Read More…

Whales Beaching Themselves – No One Knows Why