Casino cities are some of the biggest holiday destinations in the world and it’s no surprise they’re so popular. Casinos offer 24 hours of fun, a chance to win huge amounts of money and of course, particularly in Las Vegas, the glitz and the glam of the casino lifestyle. Although various casino destinations are more luxurious than others, with Monaco and Macau two of the main luxury casino gambling destinations in the world, there’s nothing more enticing than the sights and sounds of a casino city. But despite this, there has been an increase in casino cities beginning to move online and some of their land based counterparts are even beginning to close. Let’s take a look at how and why casino cities are beginning to move online.

One of the biggest reasons for casinos moving online is the fact that casinos are simply expensive to run. With 24/7 lights, music, and a lot of electricity to run all of the slot machines and table games, as well as payroll costs casinos can quickly rack up a large bill, and when this is coupled with huge taxes sometimes it’s just not a viable option to remain a bricks and mortar casino. Even the world’s largest gambling destination, Macau, has previously experienced a huge slump and decline when it comes to their gross revenue and profits although they are now rejoicing that there has been a slight rise of 1% in August. 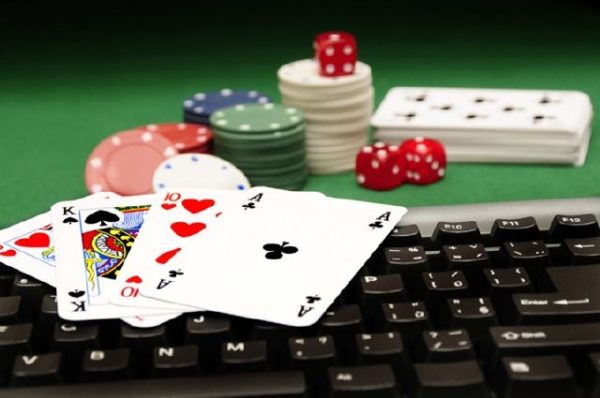 Casino cities are quickly beginning to adapt to the new age of technology and strong reliance on the internet from the current generations. This involves providing a similar, immersive experience online which has led the online casino industry to grow dramatically over the years. Along with making online gambling games accessible online, there has also been a growth in free information and guides, and related casino games such as the Ladbrokes Blackjack Memory Game which is allowing more people to get involved in what used to be a relatively niche industry. Opening up to larger audiences is a sure-fire way to generate profits and attract new people onto sites creating a knock on effect to casino cities. If they can attract more people and make more money online, then this is the sensible choice that casinos are beginning to make as the way people choose to gamble continues to change.

One of the ways that casinos are beginning to move online is through mobile. There has been an increasing demand in people wanting to play their favourite games when they want, where they want. This demand has spread from simple arcade and mobile gaming to online casino gambling on the go. The shocking truth about mobile gaming is that gamers are beginning to spend almost as much money playing on their phones as those who play on consoles and PCs. Some reports even suggest that freemium games (those where you don’t have to pay upfront but pay as you go for extras) work in a psychological capacity that causes players to spend more money than they would if they bought the game upfront, by purchasing lives and bonuses along the way.

Even though online gambling is illegal in the US, that doesn’t mean that online gambling games don’t exist in America – and you’ll find that many people spend a lot of money on them. CNBC reported that on Android, the highest average spend per buyer was on a virtual slots game known as Big Fish Casino, in which players would purchase extra credits, despite these not actually converting to real money. This means that all of the money that a player is putting into getting these credits is ultimately profit for the company.

When it was revealed in January that satirical news outlet, The Onion, had been purchased by Univision Communications (which is co-owned by one of Hillary Clinton’s biggest fans, top campaign donor, and pro-Israel fanatic, Haim Saban), it was if the world suddenly held its breath to see if the move would be the outlet’s downfall. Now, Read More…

The main purpose of gambling is to win money, though, in most cases the outcome is the contrary. More than often, gamblers lose all they’ve got just to feel the last excitement of playing. With the Internet coming to the equation, people are worried that online gambling would cause much more problems than the traditional Read More…

8 Years Ago, The World Lost a Legend — Watch George Carlin Explain How the System is Rigged

Eight years ago today, the world lost a great man. While the mainstream media will tell you that he was merely a comedian, this man gave the world so much more than laughter. He challenged the establishment paradigm and was unafraid to speak truth to power. In what can only be described as one of the Read More…