A very large refugee camp in Greece, the Idomeni Camp on the border with Macedonia, is being evacuated this week.

The migrants in the camp are being taken to specially designed facilities, and they must travel 50 miles south in order to get there. Riot police moved into the camp in order to begin evacuation, which paints a sinister picture for the refugees, but they promised that force will not be used in removing people from the camp.

Of those evacuated, at least 8,400 people were stranded at the site of the camp, and are currently unable to continue their journey. Most of the refugees left on buses, and children’s entertainers were even hired to wave to the passengers as they left on the buses in order to keep them from being scared. However, a police helicopter was seen circling overhead, and simply having riot police on the scene was enough to create an air of hostility, making it clear that leaving the camp was not optional. 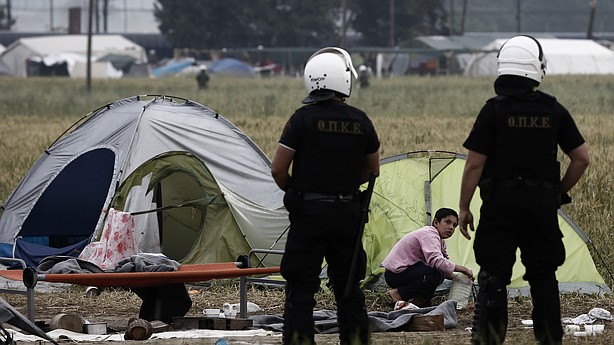 Only selected journalists were allowed on the scene, but it did not seem that Greece was in any way trying to hide the fact that refugees were being evacuated. Apparently many of the refugees had expected this, although they were still reluctant to leave what has become a temporary home. The camp was rough, without much food or many amenities, but most of the people in the camp were from Syria, Afghanistan, or Iraq, and are just happy to be somewhere without a constant threat of violence.

While this is surely stressful for the residents of the camp, they are being moved further into Greece for processing, rather than being turned away or forced back into their home countries. Hopefully, these individuals will be able to emerge from the refugee system and make better lives for themselves.

Addison Herron-Wheeler
Addison is a Managing Editor of Colorado for CULTURE Magazine, and a freelance music writer for Denver Westword. She is a published fiction author and has a self-published book for sale on women in heavy metal entitled Wicked Woman. Addison covers topics from cannabis law reform and heavy metal, to women's rights and social justice issues. She lives in Denver, Colorado.
https://www.thelastamericanvagabond.com

Cancer has become one of mankind’s greatest challenges. Despite years of research and virtually bottomless funding, the disease remains a mystery, the cure elusive. If there is any cause that is sure to generate profit, and stir people’s emotions, cancer is it. The quest for a cure has become a multi-billion dollar industry, a pursuit Read More…

US History Of Chemical Weapons Use & Complicity In War Crimes

The world is once again witnessing the height of U.S. hypocrisy as members of the U.S. State Department ratchet up anti-Russian and anti-Syrian rhetoric surrounding the use of chemical weapons in Syria and the UK. Ambassador Nikki Haley has warned Syria, Iran and Russia that they will be held accountable for their pre-determined use of chemical Read More…

Welcome to The Daily Wrap Up, a concise show dedicated to bringing you the most relevant independent news, as we see it, from the last 24 hours (5/24/21). As always, take the information discussed in the video below and research it for yourself, and come to your own conclusions. Anyone telling you what the truth Read More…