As James Evan Pilato and I reported on this week’s edition of New World Next Week, American workers participating in “workplace wellness programs” may have to submit to genetic screening or face tough penalties if a new bill making its way through Congress is passed.

The bill in question, H.R. 1313, is full of that self-referential legalese gobbledygook that makes legislation incomprehensible to non-specialists:

“(A) IN GENERAL.—Notwithstanding any other provision of law, workplace wellness programs and programs of health promotion or disease prevention offered by an employer in conjunction with an employer-sponsored health plan that meet the requirements set forth in subparagraph (B) shall be considered to be in compliance with[…]”

…You get the picture. Or maybe you don’t. That’s the point.

To accomplish this, the bill exempts these “wellness” programs from the Genetic Information Nondiscrimination Act (GINA) and the Americans with Disabilities Act (ADA). As the American Society of Human Genetics points out in their press release warning about the bill:

“A key component of ADA and GINA is that they prevent workers and their families from being coerced into sharing sensitive medical or genetic information with their employer. For GINA, genetic information encompasses not only employees’ genetic test results but also their family medical histories. H.R.1313 would effectively repeal these protections by allowing employers to ask employees invasive questions about their and their families’ health, including genetic tests they, their spouses, and their children may have undergone. GINA’s requirement that employees’ genetic information collected through a workplace wellness program only be shared with health care professionals would no longer apply.”

Judging from the response to this story (even in the establishment fake news media), people are not going to shrug this off as just another inconvenience of modern life. In recent years the Overton window has been opened wide enough for all manner of unthinkable intrusions on our privacy—from smart TVs that spy on you to cars that can be hacked, monitored and controlled from afar—to become mere background noise on the nightly news. 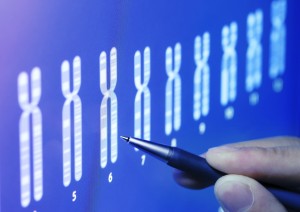 But our genetic code, it seems, is the final frontier of privacy. People still understand that handing over their genetic information to employers and nameless 3rd parties is a bad idea, even if they can’t quite put their finger on why they find it so creepy.

But for those versed in the dark and occulted history of the eugenics movement, this creepiness is not difficult to explain. Genetic screening of the “human livestock” has been the driving passion for generations of eugenicists, and now that it is within their reach, their plans for the “purification” of the gene pool can begin.

If the eugenicists have their way, “genocide” is about to become a reality in the most literal sense of that word.

As I’ve explained before in these pages, the pseudoscientific quackery of eugenics sprang from the rarefied world of 19th century England, where the gentlemen-scientists of the age were busy discovering the basic tenets of genetics. The ink was hardly dry on Darwin’s The Descent of Man when Francis Galton, a cousin from one of the other branches of the highly inbred Darwin family tree, coined the term “eugenics.”

Intrigued by his own study of how rich and successful people seemed to keep cropping up in rich and successful families (like, say, the Darwins or the Galtons), he hit upon the only possible explanation: Heredity! And with that preconception in his head he devoted much of his considerable energy for the rest of his life to trying to prove his theory correct, organizing societies, conferences, journals and laboratories devoted to the study of how the Galtons and their fellow travelers in the upper echelons of polite society managed to become so wealthy (and why they deserved it).

It wasn’t long before the pseudoscience of eugenics metastasized across the pond and reached the shores of the United States. Perhaps in living up to the national stereotypes, whereas English eugenics was always polite, tentative and careful, American eugenicists rushed into it headfirst, ramming through marriage laws and involuntarily sterilizing untold tens of thousands of people. This was the era of Buck v. Bell and other ignominies. 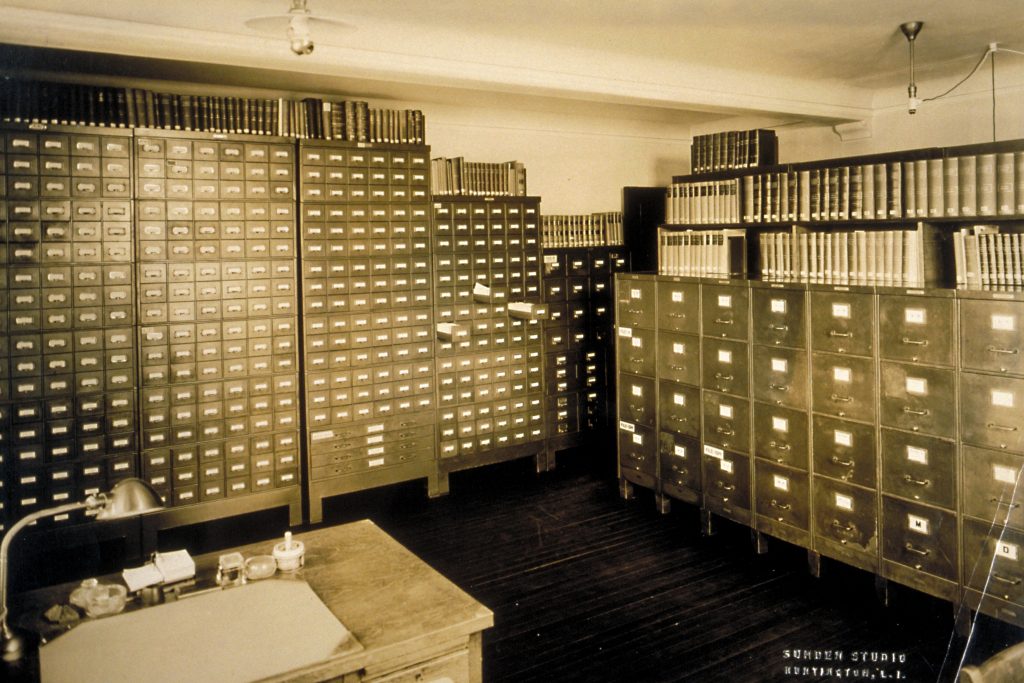 Archives of the Eugenics Record Office

One of the prime movers in those American eugenicist circles was Charles Davenport, a Harvard-trained zoologist who had grown up in a strict, puritanical family of New England Congregationalists. Davenport’s authoritarian father was obsessed with genealogy, tracing the family tree all the way back to his Anglo-Saxon forebears in 1086. When the younger Davenport discovered Galton’s writing while working at a biological laboratory on Long Island, he found his purpose in life. As he later told the American Breeders Association (ABA), which became an important ally in his eugenicist cause: “Society must protect itself; as it claims the right to deprive the murderer of his life, so also it may annihilate the hideous serpent of hopelessly vicious protoplasm.”

“Vicious protoplasm,” indeed. Who cares if they hadn’t yet discovered genes or chromosomes or DNA or the actual scientific mechanisms of heredity? Who cares that they had no proof whatsoever that intelligence or thrift or industriousness or other character traits were hereditary? They knew that this “protoplasm” was a vile scourge on humanity and had to be weeded out!

Devoting himself to the eugenic cause, Davenport spent years trying to organize an American eugenics laboratory and society to rival that of his English hero, Galton. Eventually, he found the perfect spot for his eugenics laboratory: Cold Spring Harbor. And he found exceptionally willing benefactors in the recently created Carnegie Institution, which funded his “Station for Experimental Evolution” and in Mary Harriman—wife of the recently deceased rail and banking magnate Edward Henry Harriman—who funded his “Eugenics Record Office” (ERO).

The ERO was to be the lynchpin of Davenport’s American eugenics system. As Edwin Black writes in “War Against the Weak: Eugenics and America’s Campaign to Create a Master Race:”

“The first step would be to establish the so-called Eugenics Record Office to quietly register the genetic backgrounds of all Americans, separating the defective strains from the desired lineages. Borrowing nomenclature and charting procedures from the world of animal breeding, these family trees would be called pedigrees. Where would ERO obtain the family details? ‘They lie hidden,’ Davenport told his ABA colleagues, ‘in records of our numerous charity organizations, our 42 institutions for the feebleminded, our 115 schools and homes for the deaf and blind, our 350 hospitals for the insane, our 1,200 refuge homes, our 1,300 prisons, our 1,500 hospitals and our 2,500 almshouses. Our great insurance companies and our college gymnasiums have tens of thousands of records of the characters of human bloodlines. These records should be studied, their hereditary data sifted out and properly recorded on cards, and [then] the cards sent to a central bureau for study…[of] the great strains of human protoplasm that are coursing through the country.”

A hundred years ago the eugenics-obsessed elite dreamed of constructing a giant library of genetic data, carefully culled from thousands of disparate sources scattered all across the nation. Only in this way could they begin the great work of sorting the entirety of the population into “acceptable” and “unacceptable” categories. But collecting, storing and recording that data was always going to be a huge, almost impossible task…

…until our present day and age, of course. Now that our genomes can be analyzed in record time and electronically recorded for prosperity, the Eugenics Record Office could now conceivably reside on a single computer server. All they need is for people to start providing the data. And along comes stories like this one, showing that the government is willing to bend or even break existing rules to allow companies to start collecting genetic data on their employees.

The critics, of course, will argue that it’s “just” screening. “Think of the diseases that can be detected and treated before they become a problem! Or avoided in the first place!” Proponents of this strawman, however, will pretend to be unable to see the difference between voluntary genetic screening undertaken of a person’s own volition and the government giving color of law cover for the penalization of those who don’t participate.

More to the point, just as politicians like to pretend that anti-missile systems are a purely “defensive” technology (when they are, in fact, essential to an offensive strategy), so too is genetic screening not some passive process, but a key step in creating the bioweapons of the future. The military, after all, has been documentably lusting after race-specific bioweapons since at least 1970, another science fiction sounding idea that isn’t science fiction.

The Apartheid South African government was known to possess weapons that target certain genotypes and Israel was developing its own variety by 1998. The American government, too, has put its own intentions to develop such a weapon into print. In September 2000 a neocon think-tank called Project for a New American Century released a policy paper, “Rebuilding America’s Defenses,” that contained the following chilling quotation: “advanced forms of biological warfare that can ‘target’ specific genotypes may transform biological warfare from the realm of terror to a politically useful tool.” Prominent PNAC members included former Vice President Dick Cheney, former Defense Secretary Donald Rumsfeld, arch-neocon Paul Wolfowitz, and Jeb Bush of the Bush crime family.

The creepiness of this type of genetic testing technology is that it opens up the very fabric of our DNA to the very same interests who have been on the record hoping to sterilize or euthanize vast numbers of us for decades. It sounds far-fetched to those who don’t know the history of eugenics, but when the puzzle pieces are connected and repositories like the Eugenics Record Office are put in their modern context, the implications are horrifying.

So who wants to participate in a company “wellness” program now?

GR Editor’s Note Lets be clear as to implications. When they ” shoot at children, they are doing so deliberately, under clear and specific orders.”  What this means is that the Netanyahu government ordered the killing of children.  The guidelines adopted by the IDF were approved at the highest levels of the Israeli government. We are Read More…

Environmental activists, in particular, those attempting to halt illegal logging for Big Beef, are being killed in alarming numbers, with 185 killings in 2015 — averaging three per week — a 60 percent increase over the previous year. Last year, a new report titled “On Dangerous Ground,” from London-based advocacy group, Global Witness, states, “was the Read More…

Welcome to The Daily Wrap Up, a concise show dedicated to bringing you the most relevant independent news, as we see it, from the last 24 hours (11/08/18). As history has made painfully clear, the US remains on the same course regardless of who they tell us was “voted” into that white house. The same Read More…