In a surprising moment of self-awareness, Wolfgang Münchau just published an editorial in the Financial Times comparing the gatekeepers of the “global liberal order” (the FT included) to Marie Antoinette and the House of Bourbon, blindly “let them eat cake”ing their way toward their own guillotine.

Münchau knows of what he speaks; as associate editor of the Financial Times he is in the unenviable position of acting as the spokesman for the banksters ensconced in the City of London. And in case you haven’t noticed, the banksters aren’t exactly the most popular people in the world right now. But don’t take my word for it, take his:

“Some revolutions could have been avoided if the old guard had only refrained from provocation. There is no proof of a ‘let them eat cake’ incident. But this is the kind of thing Marie Antoinette could have said. It rings true. The Bourbons were hard to beat as the quintessential out-of-touch establishment.

“They have competition now.

“Our global liberal democratic establishment is behaving in much the same way. At a time when Britain has voted to leave the EU, when Donald Trump has been elected US president, and Marine Le Pen is marching towards the Elysée Palace, we — the gatekeepers of the global liberal order — keep on doubling down.” 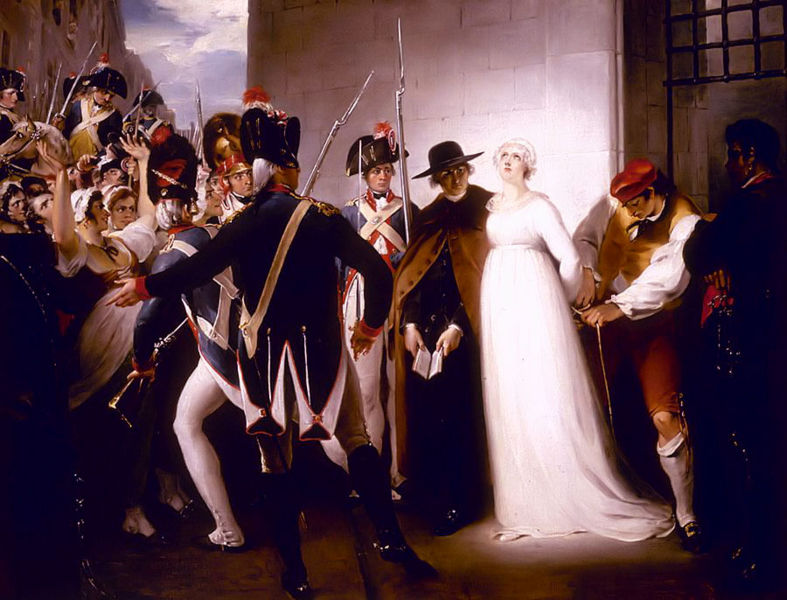 Now I think we all understand what is happening here: A demoralized and disoriented would-be ruling class, reeling from the fact that they are no longer able to control the narrative that shapes public perception of the world, is looking to re-legitimize themselves by re-connecting with the public.

The trick is old but effective. Admit wrongdoings and missteps. Acknowledge the anger the public is feeling. Adjust rhetoric as needed to reconnect the public with the goal of constructing the “global liberal order.” Rinse and repeat as necessary.

To give credit to Münchau, he is quite good at this trick and some of the one-liners from his editorial should be branded on the foreheads of all the slimy politicians and their bankster overlords. “Because of a tendency to exaggerate, macroeconomists are no longer considered experts on the macroeconomy.” You don’t say?

Still, the editorial comes embedded with the booby traps we would expect from a born-and-bred bankster mouthpiece. The problem, we are told, is “uncontrolled flows of people and capital” and “unequal income distribution.” Gee, I wonder how the ruling oligarchs propose to fix this problem? When your only tool is the hammer of government regulation and intervention, every problem looks like a nail with a little too much freedom. Just another thing for the loving-but-misguided politicians to regulate back into proper order, I suppose.

But keep in mind, the “global liberal order” will not collapse quietly, and for every “good cop” like Münchau wearing the velvet glove of fuzzy feel-good populist rhetoric there is a “bad cop” that is just waiting to expose the iron fist. 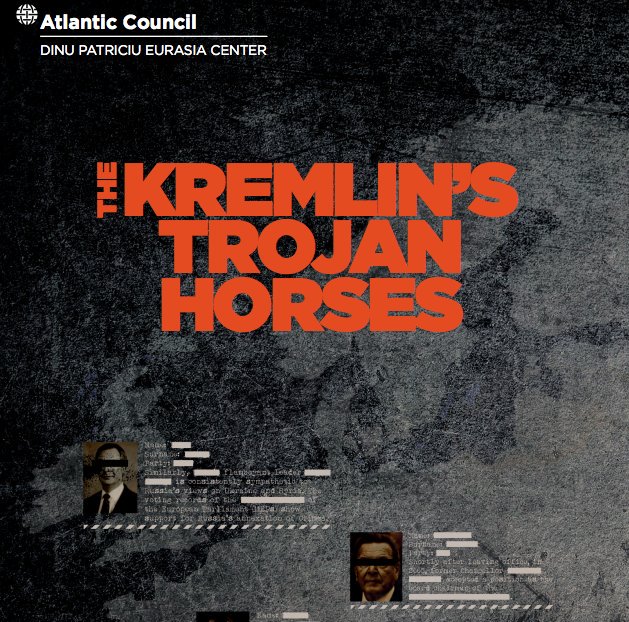 Like The Atlantic Council. They have just taken the cake in the unbelievable race-to-the-bottom of the neocon-led Cold War 2.0 push against “Russian propaganda” (aka anyone and everyone, including The Corbett Report, that doesn’t parrot the official global liberal order propaganda chapter and verse). Their contribution is a cartoonishly over-the-top piece of pants-wetting hysteria entitled “The Kremlin’s Trojan Horses.” This remarkable piece of neo-McCarthyist claptrap identifies every populist political movement in Europe is a secret agent of Russian influence on the continent, working in the interest of evil-arch-overlord-of-everything, Adolf Beelzebub Putin. The pamphlet not only points the finger of accusation at the usual suspects in the traditional far-right spaces (Le Pen’s National Front, PEGIDA, etc.) but also at Jeremy Corbyn’s Labor party and, bizarrely, former German chancellor Gerhard Schröder.

Combined with the recent attempt to demonize any and all alternative media on the internet as “fake news” and/or “Russian propaganda,” there can be no doubt that the very out-of-touch political elite that Münchau is writing about are not just stumbling toward their Marie Antoinette moment, but pole-vaulting toward it. Evidently they believe that heavy-handed censorship and another attempt to re-direct people back to the very establishment mouthpiece media that has recently set records for distrust among the public is going to get everyone back on their side again. They couldn’t be more wrong.

Yes, the global liberal order as envisioned by the banksters and their puppet politicians is collapsing. And yes, it is going to be messy, chaotic and violent. But you have to admit it will be entertaining to watch. Perhaps the people will have their cake and eat it too, after all.

Iran Admits ‘Unintentionally’ Shooting Down 737, But It Seems There Might Be More To This Story

Welcome to The Daily Wrap Up, a concise show dedicated to bringing you the most relevant independent news, as we see it, from the last 24 hours (1/11/19). As always, take the information discussed in the video below and research it for yourself, and come to your own conclusions. Anyone telling you what the truth Read More…

Welcome to The Daily Wrap Up, a concise show dedicated to bringing you the most relevant independent news, as we see it, from the last 24 hours (8/17/20). As always, take the information discussed in the video below and research it for yourself, and come to your own conclusions. Anyone telling you what the truth Read More…

Unconcerned About Trump’s Militarization Of Police? This Database Shows Why You Should Be

This database can show you exactly what kind of military hardware your local PD is stockpiling and proves why the 1033 program is a terrible idea. (TFTP) Washington, DC — This week the Trump administration announced that they were lifting an Obama administration ban on certain military grade weapons being sold to state and local Read More…