Since the air war against the so-called Islamic State kicked off in August 2014, the United States has spent just under $11 billion financing it. According to the most recent Pentagon figures, Statista’a Niall McCarthy reports that the bill for the campaign hit $10.99 billion as of December 31, 2016. On a daily basis, the cost of operations against the terrorist group averages $12.5 million. Since 2014, the cost of flying operations has reached $4.4 billion while $2.4 billion of munitions have been expended against ISIS targets.

As of January 27, U.S. and coalition warplanes had flown 136,067 sorties to degrade and destroy the terrorist organization. 17,734 strikes had been carried out by the middle of last week with 10,948 occurring in Iraq and 6,785 happening in Syria. 31,900 targets had been reported damaged or destroyed by late September of last year including 164 tanks, 388 humvees and 8,638 fighting positions. A military official told CNN in early December that as many as 50,000 ISIS fighters are believed to have been killed since military operations began in 2014.

Related Reading: Hero Congresswoman Exposes Truth on CNN After Secret Visit to Syria, ‘There Are No Moderate Rebels’ 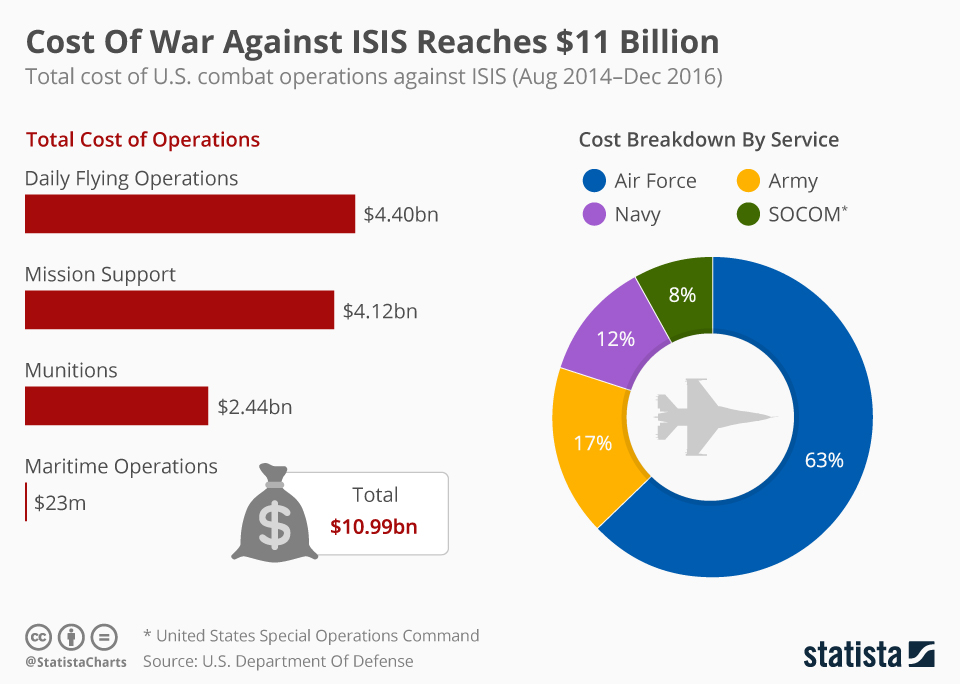 In other words, the United States has spent on average $220,000 per dead ISIS fighter in the ‘war on terror’… so far.

Palestinian Authority (PA) President, Mahmoud Abbas, announced in January, that Palestinian legislative and presidential elections will take place later this year. Since this announcement, questions have been raised as to whether the election will end up doing more harm than good, with Western interference and rejection of the results likely to take place, as well Read More…

Welcome to The Daily Wrap Up, a concise show dedicated to bringing you the most relevant independent news, as we see it, from the last 24 hours (6/6/18). It simply baffles me how so many can allow themselves to forget, or maybe simply choose to ignore, all that we have discovered about past actions of Read More…