Trying to STEAL two big elections in Florida! We are watching closely!

Update: Broward County has reportedly approved recounts in four Florida races, according to CNN, while the Florida Secretary of State Ken Detzner has ordered them in tight races for Senate, Governor and Attorney General Commissioner, and has ordered a statewide machine recount.

As a noon deadline on Saturday to submit the election results approached, former GOP Rep. Ron DeSantis led Tallahassee Mayor Andrew Gillum by less than 0.5%, which would require a machine recount.

In the race for Senate, Gov. Rick Scott’s lead over Democratic incumbent Bill Nelson had shrunk to less than 0.25 percent – which would require a hand recount of all ballots unable to be tabulated by machine.

After a Florida Judge ordered Broward County Supervisor of Elections Brenda Snipes to allow for the immediate inspection of tens of thousands of ballots suddenly found after Democrat Sen. Bill Nelson lost to Republican Gov. Rick Scott, Snipes failed to abide by a 7 PM deadline set at the emergency hearing. Instead, workers were filmed by Rep. Matt Gaetz (R-FL) shuffling boxes into a truck, before he was forcibly removed by a police officer.

BREAKING: I took this video as the riot police removed me from where trucks were secretly loading stuff in/out of Broward Supervisors office. All this while they are violating constitutional rights & a court order! #BrowardCounty pic.twitter.com/DbxyKRde4f

Andrew Pollack recorded this video today at the Broward County Supervisor of Elections Office where ballots are being counted.

What is being shipped in or out of the facility? Why? pic.twitter.com/lMvHRyQBRT

The scene was reminiscent of election night, when Broward County election officials were seen shuffling mystery boxes into a rented truck.

Caught On Video: Concerned citizen sees ballots being transported in private vehicles & transferred to rented truck on Election night. This violates all chain of custody requirements for paper ballots. Were the ballots destroyed & replaced by set of fake ballots? Investigate now! pic.twitter.com/GUPZnz7Gny

Gaetz vowed earlier to hold Snipes in contempt for missing the 7PM deadline.

The court was asked to intervene in a tight race for US Senate between Democratic incumbent Sen. Bill Nelson and Republican Gov. Rick Scott, after tens of thousands of ballots mysteriously appeared in Broward County, and another 15,000 in Palm Beach.

Lawyers for Snipes have argued that such a quick response would interfere with the count, while Rep. Bill Nelson has accused Republicans of trying to deny him a seat which he believes he will keep once all the votes are counted. 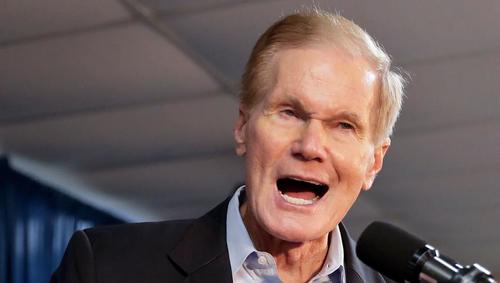 Republicans have conversely accused Democrats of trying to steal the election.

You mean they are just now finding votes in Florida and Georgia – but the Election was on Tuesday? Let’s blame the Russians and demand an immediate apology from President Putin!

You mean they are just now finding votes in Florida and Georgia – but the Election was on Tuesday? Let’s blame the Russians and demand an immediate apology from President Putin!

Who is Brenda Snipes?

Snipes has a sordid history in her 15-years on the job. In May 2018 a judge ruled that she violated federal and state laws by destroying ballots in a 2016 Congressional race in Tim Canova’s bid to unseat Rep. Debbie Wasserman Schultz in the Democratic primary race.

In August, 2018 a Judge ordered Snipes to stop opening mail-in ballots in secret.

In 2016, Snipes’ office “accidentally” posted the results of an election 30 minutes before polls closed at 7 p.m., which was blamed on a private contractor. 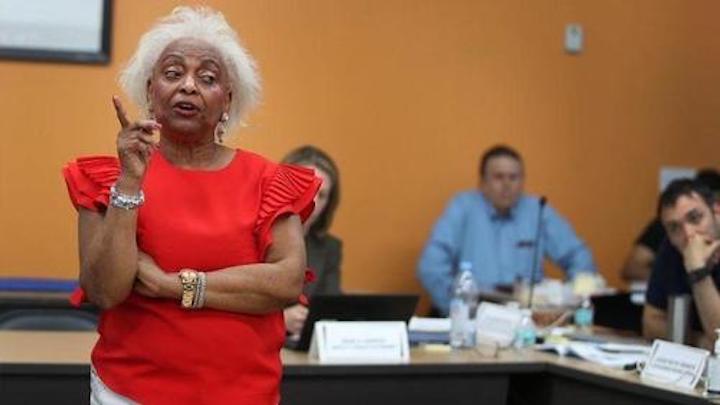 5. She was sued for leaving amendments off of ballots https://t.co/j2MPXjBVYV

6. Snipes claimed she didn’t have money to notify voters when their absentee ballot expired https://t.co/koT5Msifb6

Snipes is being backed by Bernie Sanders – who was admonished by Tim Canova for supporting the woman who destroyed ballots in his bid to unseat Wasserman Schultz.

We’re talking about Brenda Snipes who has been dishonest in the destruction of our ballots & counting votes outside the canvassing board? Both are illegal and anti-Demicratic! https://t.co/ofEzFgFT2L

Rep. Gaetz, meanwhile, is being called a racist for trying to figure out what exactly is going on in Broward County.

Now everyone who doesn’t want voter fraud is a racist. Guys, this race-baiting strategy failed in the elections. Give it up already. https://t.co/OpI0VwPDUl

Pentagon officials are reporting that they are hiking the US military “footpriint” as well as “combat power” in southern Syria in recent days, sending more troops into the area with a specific eye toward fighting against the Shi’ite militias that are trying to advance, hoping to connect Syrian government territory to the Iraqi border. Shi’ite Read More…

Police Union: Cop Was Trying to Shoot Autistic Man, Not His Caregiver — And It Was Heroic

An as-yet unnamed North Miami Police officer who shot a behavioral therapist attempting to calm a distressed autistic man who was carrying a toy truck, was apparently aiming for that autistic patient, a union official said Thursday. How, exactly, this new information should quell public outrage over the already wholly unjustified shooting remains to be explained. Charles Read More…

In a bold move, President Trump condemned the violent, oppressive behavior and policies of the U.S. and its allies while speaking at the U.N. this week. He described the decline of “a wealthy country, with a rich history and culture, into an economically depleted rogue state whose chief exports are violence, bloodshed, and chaos.” His description accurately Read More…