Yeah. So am I. So in the spirit of spicing things up for this post-holiday hangover season, let’s kick the year off with a bunch of outrageous predictions that probably won’t come true . . . but might at least get us thinking in the right direction.

1. A grand jury will unravel the 9/11 plot and deliver justice for that crime. 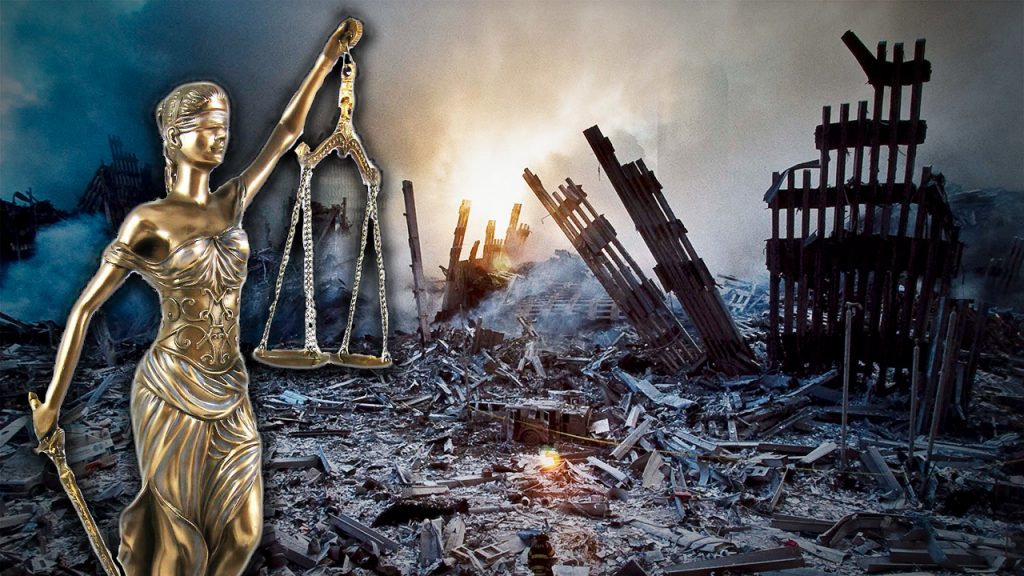 As Corbett Report listeners are already well aware, last year the Lawyers’ Committee for 9/11 Inquiry filed a petition requesting the U.S. Attorney in the Southern District of New York to convene a special grand jury to investigate the unprosecuted federal crimes relating to the destruction of three World Trade Center Towers on September 11, 2001. And as viewers of New World Next Week are also aware, the U.S. Attorney responded to the Lawyers’ Committee on November 7th of last year in a letter claiming that he “will comply with the provisions of 18 U.S.C. § 3332 as they relate to your submissions.”

So we all know what that means, right? Of course! It means that the government is going to investigate itself, find itself guilty for the crime of the false flag event that was 9/11, and deliver justice for the victims. Duh.

All those who, in the past, have been known to mutter “conspiracy theorist” under their breath and roll their eyes when someone attempts to question the official, government-approved conspiracy theory of 9/11 will, of course, be thoroughly ashamed of their past ways and will seek to mend fences with their savvier, conspiracy-realist brethren. United at last, the whole world will watch as the gaggle of neocons that committed the crimes do the orange jumpsuit perp walk, and all of the Congress critters on both sides of the aisle who have maintained the cover-up will be marching with them.

Or, you know, some hacker group will release a bunch of secret documents that blow the case wide open. Whichever comes first.

2. The Korean War will end (because they want it). 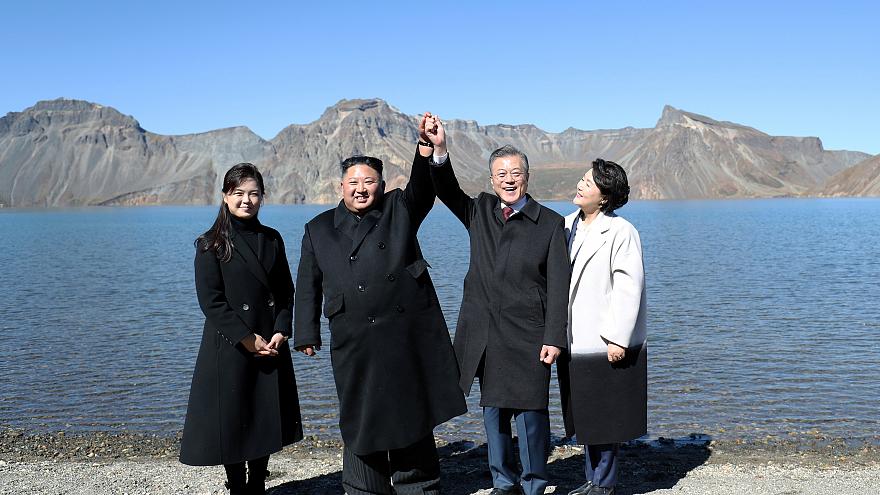 Much has been made of this in the lamestream media, of course, especially coming on the heels of what was characterized as a “conciliatory message” from Kim to Trump just last week.

Does this mean that the North Koreans want to see that the Trump administration (which has already pulled out of agreements without cause) will actually live up to its end of the bargain before completely disarming itself? Gasp! The nerve!

But what you might not have read is that a second, more important narrative is emerging from Pyongyang. You see, at this point Kim (and everyone else, really) knows that the biggest strides toward peace in the past year have come not from any NK/US haggling but from the growing ties between North and South Korea. As Jason Ditz over at Antiwar.com observes:

One thing North Korea is being a bit more direct on is wanting more summits between Kim and South Korea’s President Moon Jae-in. South Korea’s Blue House has confirmed that Kim has told them he wants multiple high-level meetings to work toward denuclearization.

For Kim, working with South Korea has been a lot more productive than working with the US. Though he and Trump got along well enough, the US has refused any sanctions relief following the effort, and has actually escalated US sanctions and threats against the north even as Trump praises them for advances toward meeting US demands.

So, who knows? We just may see an end to the nuclear death match on the Korean peninsula in 2019 after all. And for once, the end of that conflict won’t be dictated by Uncle Sam or the ChiComs or any outside power, but the Koreans themselves. Wouldn’t that make a nice change?

But wait, that’s not the only hopeful anti-war message for the New Year . . .

Yes, it seems like Uncle Sam is finally getting ready to do the previously unthinkable: Pull out of Syria!

. . . Or so they’re saying. These things have a habit of changing on a dime (did somebody say chemical false flag?). But since we’re in prediction mode, let’s go all out and say that the US will actually withdraw its forces from Syria this year in spite of all the weeping and gnashing of teeth coming from the demons in the neocon/neolib foreign policy establishment.

No, no, no. Let’s go even further. Not only will the US pull out of Syria this year, but then, incredibly . . . nothing will happen. That’s right! The world will not end. The end of the previous “international rules-based order” that the policy wonks love to talk about (because “New World Order” doesn’t fly well these days) will not result in death and destruction and Apocalypse and cats marrying dogs or whatever Kissinger and his ilk are braying about these days.

And then, realizing that they’ve been fed a bunch of malarkey about militarism keeping the world in check, the American public will be emboldened to push for further military withdrawals. The troops will be coming home from Korea, obviously (see prediction 3). And why are they still in Germany? And Japan? And . . . well, you get the idea. Pretty soon the US military will be back to defending the borders of the United States instead of policing the world.

Of course, there will be some consequences to all of this. Like the collapse of the military-industrial (not to mention the information-industrial) complex. And with the collapse of that behemoth, a number of other parasitical economic and industrial powers will come tumbling down, too. But don’t worry! That’s just the start of the 2019 economic reckoning!

4. The everything bubble will burst . . . but the real economy will survive just fine. 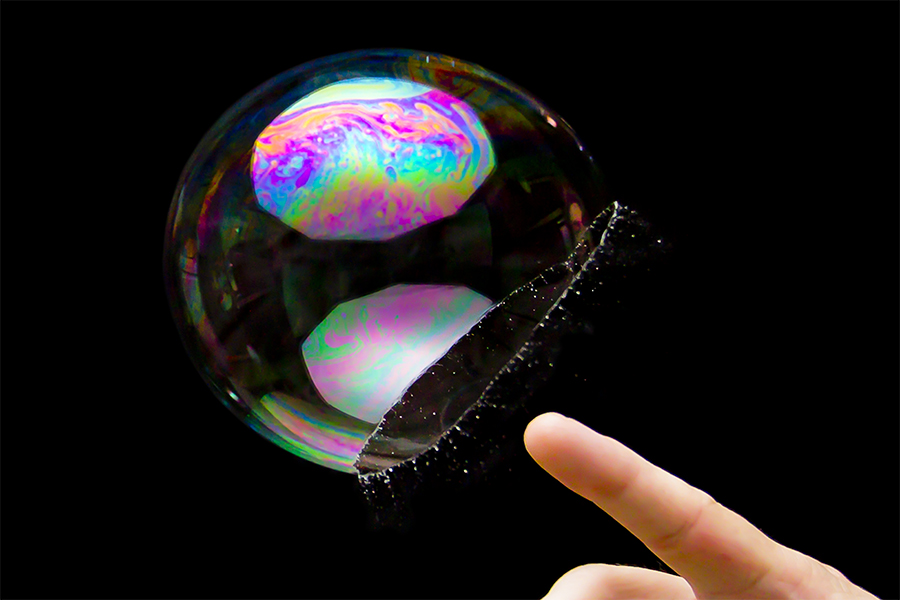 There are those out there who look at the crazy, topsy-turvy, up-and-down market gyrations of December 2018 with dread, fearing that they are a harbinger of economic meltdown.

There are those out there who look at the crazy, topsy-turvy, up-and-down market gyrations of December 2018 with elation, thinking that they might be able to play the futures markets in just the right way to make money from the volatility.

And then there are the Corbett Reporteers.

You already know that the markets are a sham. You’re well aware that the phony-baloney Dow and S&P and Nasdaq and Nikkei and all the rest are manipulated six ways from Sunday and that in our upside-down bankster-created reality inversion bubble, none of this paper “wealth” is even worth the paper it’s printed on.

So why, then, should we fret and worry about the reassertion of reality in these fake markets? Of course, no one wants the real suffering that will come from a collapse of our current economic system, but that’s precisely why we’ve been looking at ways to prepare yourself for what’s coming, from complementary currencies and community currencies to community organizations, guerilla gardening, peer-to-peer economy, freedom cells, and many more ideas besides.

Just imagine what will happen when people all around the world—buoyed by the knowledge that they are the real cornerstones of the economy and not the banksters and industrialists who puppeteer the present system—get the chance to demonstrate the power of these ideas to a public reeling from a market collapse. What if people were not suckered in by the political puppets promising “New World Orders” on the back of the chaos they created but instead were shown real, functioning, people-powered communities of freedom-minded individuals working together to lift each other up and shun the banksters altogether?

Now stop imagining that, because it’s going to happen this year! (So you better get prepared!)

5. The hot new social media trend will be talking! In person! To real people! 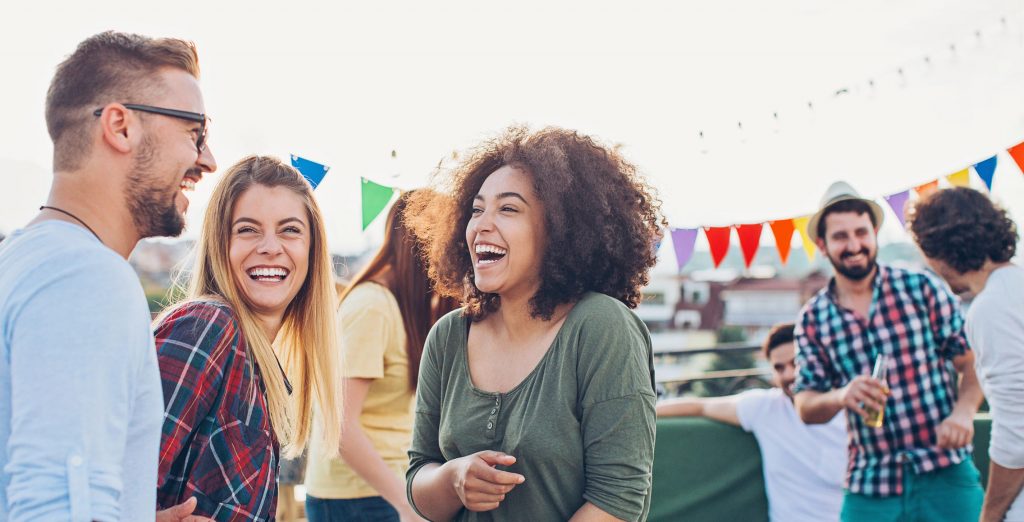 Hey kids, want to get in front of the year’s next hot tech trend? Well, listen up, because I have a scoop for you!

No, it’s not the latest iWidget or the next-gen Google Gadget or any other piece of whizzbang technological tricksterism. It’s not a hot new killer app or a ridiculously addictive  video game, either. No, it’s much simpler than that: talking.

Yes, talking. But hear me out. There’s a catch.

Talking without using those little black mirrors we all carry around in our pocket. Not texting. Not tweeting. Not insta-ing or snap chatting or emailing or youtubing or any other form of electronic communication that passes for “talking” these days. Actual, real-life, face-to-face talking.

Remember before the internet, when people actually went out and talked and interacted with their friends and other human beings? Well, there’s an entire generation of children growing up today who don’t. And they’ll never have that experience if current trends continue (although, ironically enough, they can get a taste of what that world was like on YouTube).

But this year those craze Gen-Zers are going to start the craziest trend yet. Social interaction! Yup, the cool kid in 7th grade is going to look at his smartphone-addicted parents and teachers and other “authority” figures and rebel in that time-honored tradition of teenagers everywhere. So how do you rebel against the current establishment? By ditching the electronic surveillance device you’re carrying around at all times, of course!

Led by the Gen-Z trend, Apple and Twitter and Amazon and all their FAANG friends will see sales plummet this year. Instead, people will enjoy phone-free meet-ups in meatspace and discover that the people around them aren’t at all the NPC or literal Hitler caricatures that social media has convinced us they are.

“Human beings have always tried to make sense of the world around them. In modern times we often look to science to give us explanations for the way things are. Way back, in the distant past, our ancestors probably would have turned to the spirits and what we would now call magic as a source Read More…

The Components of Alchemy and the Philosopher’s Stone

Today, alchemy is an idea that has been pigeon-holed into either fantasy fiction or mad scientist craze (often both at the same time), and like any of the ancient sciences of the Mysteries, alchemy as an idea is shelved by most people before even being considered. Also like the collection of ancient sciences (astrology, numerology, Tarot, Read More…

The initially amicable, then increasingly more controversial, contentious and, finally, rancorous relationship between President Donald Trump and FBI Director James Comey has just concluded with the utterance of two of Trump’s favorite words: ‘You’re fired.” According to a statement issued by the White House, the firing of Comey comes at the recommendation of both Deputy Read More…