“Do you think this was all accomplished on his own? …he had to have some help at some point,” said Sheriff Joseph Lombardo.

Las Vegas, NV — (TFTP) As online trolls shout down everyone who questions the official narrative on the tragic shooting in Las Vegas, massive revelations from the lead investigators in the case have come out confirming what many have suspected. In a press conference, Sheriff Joseph Lombardo of the Las Vegas Metropolitan Police mentioned that Stephen Paddock likely had an accomplice and help. Authorities also admitted the killer left a note and stated they were looking for a woman seen with Paddock prior to the shooting.

According to the most recent information released by police, they claim Paddock fully intended to get away with the shooting. However, they claim that plan backfired and instead he left a note and killed himself.

“He was doing everything possible to see how he could escape at this point,” Lombardo said.

As TFTP has reported, Paddock, according to authorities, had set up multiple cameras all over the suite, both inside and out, including the peephole, and filmed the entire thing. After the photos of inside the suite were leaked online, one of them sent internet sleuths into a tizzy as it showed a pen and a paper on a table, left under an object to make sure it was found. 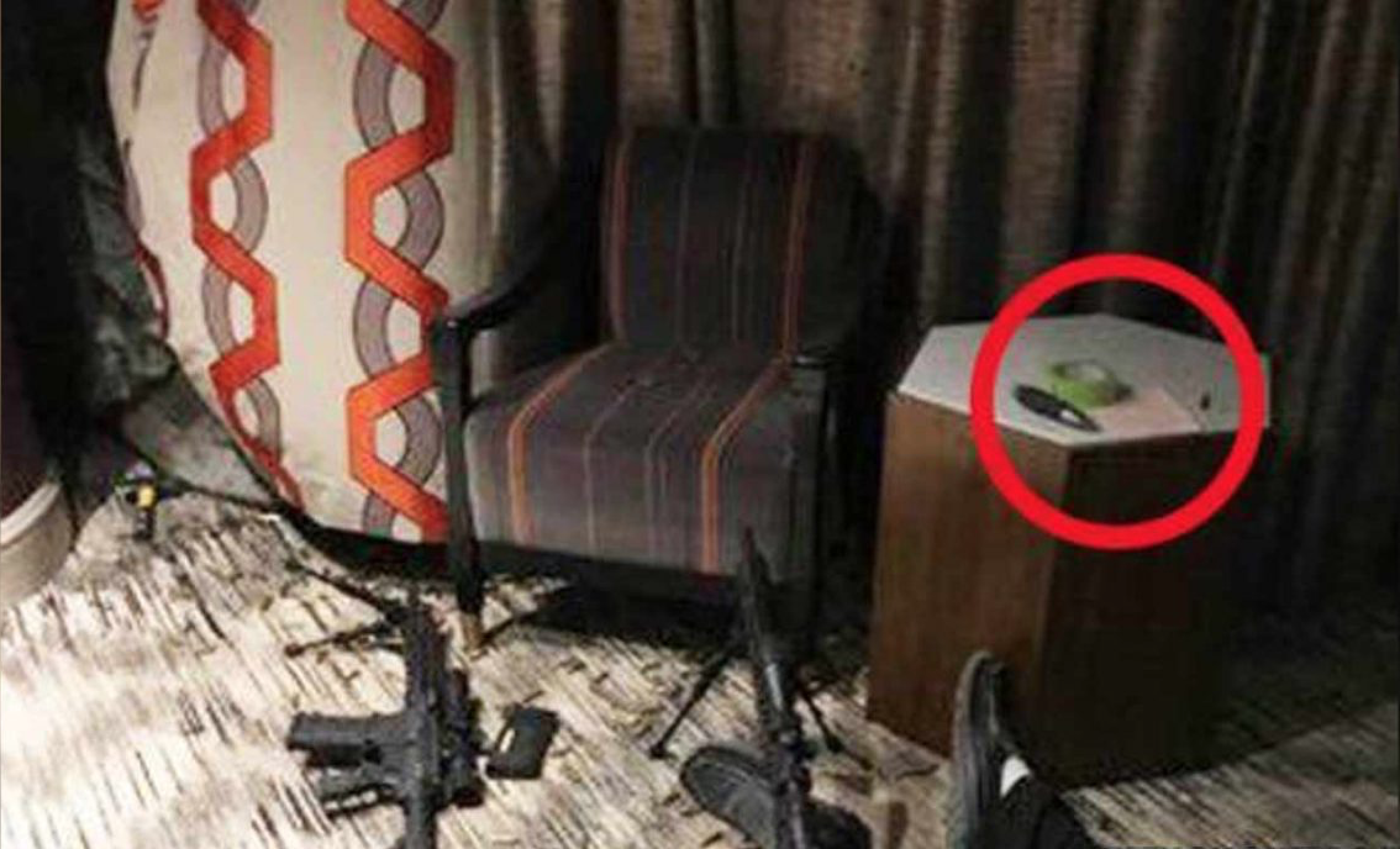 Authorities have since admitted the presence of the letter, but said it was not a suicide note. In true untransparent fashion, however, they have remained tight-lipped on the contents of that letter.

As TFTP has reported, many people described the presence of multiple shooters, including the man who stayed in the room directly next to Paddock’s suite. TFTP has also questioned how it was possible to get hundreds of pounds of ammunition and guns into the suite with no one seeing it and on his own. Sheriff Lombardo mentioned possible answers to these questions.

“What we know is Paddock is a man who spent decades acquiring guns and ammo, and living a secret life,” Lombardo said. “Anything that would indicate this individual trigger point, which would cause him to inflict this harm, we’re not there yet.”

Investigators said something may have happened to Paddock between October last year and September this year that compelled him to purchase more weapons and ultimately lead to the massacre, according to CNN. Paddock bought 33 firearms, mostly rifles, during that 13-month period, authorities said.

“Look at this. You look at the weapon obtaining the different amounts of tannerite available, do you think this was all accomplished on his own, face value?”

“You got to make the assumption he had to have help at some point, and we want to ensure that’s the answer. Maybe he’s a super guy, superhero–not a hero, super–I won’t use the word. Maybe he’s super — that was working out this out on his own, but it will be hard for me to believe that.”

“Here’s the reason why, put one and one–two and two together, another residence in Reno with firearms, okay, electronics and everything else associated with larger amounts of ammo, a place in Mesquite, we know he had a girlfriend. Do you think this is all self-facing individual without talking to somebody, it was sequestered amongst himself. Come on focus folks these type of investigations have been occurring in the last few years and we have to investigate that.”

As TFTP previously reported, caught on video after the shooting was an eyewitness report given to a local NBC affiliate in which a woman was described to have warned of the attack. The eyewitness claims to have seen a woman push her way to the first row of the concert roughly 45 minutes before the shooting began and levy threats indicating that everyone would soon be dead.

“So there was a lady who pushed her way forward into the first row and she started messing with another lady. She told us we were all going to die tonight – it was about forty-five minutes before the shots were fired,” the witness states.

Now, several law enforcement officials told NBC News that investigators are trying to identify a mystery woman seen with Stephen Paddock in the days before the Las Vegas massacre. They don’t know if she has any connection to the attack, but they would like to speak with her as they build a timeline of Paddock’s last days, the officials said.

Could this be the same woman who warned concert goers?

Below is the entire press conference.

Before US Troops Protected Poppies In Afghanistan, There Was No Opioid Epidemic In America

While the United States controls more than 90 percent of the world’s opium supply in Afghanistan, the rate of Americans who are addicted to heroin and who have died from drug overdoses has skyrocketed. (TFTP) The Afghanistan War is the longest in United States history, and despite initial claims that the goal of the invasion Read More…

WikiLeaks has published what it claims is the largest ever release of confidential documents on the CIA. It includes more than 8,000 documents as part of ‘Vault 7’, a series of leaks on the agency, which have allegedly emerged from the CIA’s Center For Cyber Intelligence in Langley, and which can be seen on the org Read More…

Welcome to The Daily Wrap Up, a concise show dedicated to bringing you the most relevant independent news, as we see it, from the last 24 hours (4/18/21). As always, take the information discussed in the video below and research it for yourself, and come to your own conclusions. Anyone telling you what the truth Read More…