Does ‘America first’ really mean ‘Europe first’ in the preparation for war with Russia?

At the expense of the American taxpayer, the Trump administration wants to restore the Cold War-era footprint in Europe through massive investments in military infrastructure to deter “Russian aggression” and reinforce allies.

It is odd that the administration wants to spend massive amounts of money on infrastructure projects in Europe, but has yet to fix America’s crippling D- infrastructure. Somehow, the priorities of this administration of ‘America first’ have been lost through the alignment with the military-industrial-complex and Washington’s warmongers.

The Trump administration asked for $828 million in 2019 to expand and upgrade military infrastructure projects throughout Europe as part of a continuous fearmongering campaign against Russia to allocate more money to defense. Nearly half of that construction funding would go towards U.S. Air Force projects.

The request for additional funding would more than double the military’s infrastructure projects under the European Deterrence Initiative (EDI), from the 2018 request, when just a few years ago, the Pentagon was scaling back its Cold War-era footprint in Europe.

The Air Force would spend roughly $368.6 million to pre-position equipment and $363.8 million for military construction projects. While the spending is almost equal to what was expensed in fiscal 2018, it is a huge jump from 2017, when the Air Force was only allotted $31.2 million in pre-positioning funds and $85.4 million for military construction.

What is the reasoning behind the increased military infrastructure spending in Europe?

Well, it is the idea if Russia invaded a NATO ally — the U.S. Air Force will have the tools to instantly respond to the threat, supported by upgraded airfields to reload munitions, higher capacity refueling stations, and more engineering bays to service damaged aircraft.

Areas of focus include Air Force assets in NATO countries, like Germany and the United Kingdom, and countries in Central and Eastern Europe.

Defense News notes that the Trump administration is not planning on constructing new airbases in former Soviet bloc countries, but it is upgrading existing infrastructure to ensure its fifth-generation fighter jets, drones, and other aircraft are adequately prepared for the next round of hybrid wars.

“It makes it easier to reinforce [allies] in a crisis,” said Mark Cancian, a retired Marine Corps officer and senior international security adviser with the Center for Strategic and International Studies.

“The munitions, the taxiways and refueling points makes it much easier to move in there in an emergency,” Cancian added.

During congressional testimony in March, U.S. European Command chief Gen. Curtis Scaparrotti confirmed the plans of a rapid military infrastructure program in Europe. He told U.S. lawmakers that the FY’18 and FY’19 budget requests would “enable the rapid reception of fourth- and fifth-generation fighters, close-air support, bombers and air mobility aircraft in a contingency.” 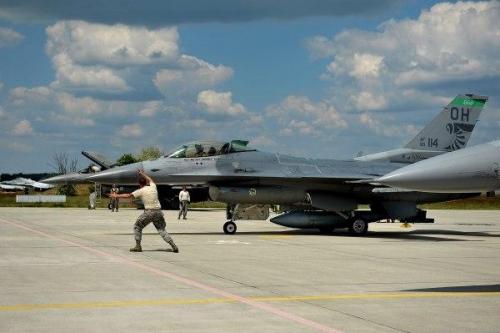 At Kecskemet Air Base, in Hungary, the administration wanted $56 million in 2018 to upgrade fuel storage, airstrip construction, and other improvements to support the McDonnell Douglas F-15 Eagle and Lockheed C-5 Galaxy aircraft.

At the Malacky Air Base, in Slovakia, the FY’19 budget asks for a large munitions storage facility, where FY’18 budget asked for tactical fighter aircraft parking for the Fairchild Republic A-10 Thunderbolt II and McDonnell Douglas F-15 Eagle. Piecing together the puzzle, the new munitions storage facility could store laser-guided bombs and missiles.

“And while those airfield improvements may appear mundane, the ability to operate in such a distributed fashion across Europe gives the U.S. Air Force real capability, both as a deterrent and in a potential conflict,” he told Defense News.

“That’s not sexy stuff, but for an airman, there’s nothing more exciting than an airfield that is actually capable of generating high-volume combat operations with fuel and weapons and those kinds of things,” Gorenc said.

He added, “And I can assure you there’s so much work to be done in those areas, that have to be done, that have been facilitated by that extra funding. It’s really exciting.”

Amid the threats of a Russian invasion of Europe, the U.S. Air Force is preparing to repel Russian forces, provide adequate air support to NATO allies, and attempt to seize the militarized Russian enclave Kaliningrad.

Last week, we reported that new satellite images show Russia may have significantly modernized a nuclear weapons storage bunker and security system at a secret facility in Kaliningrad. 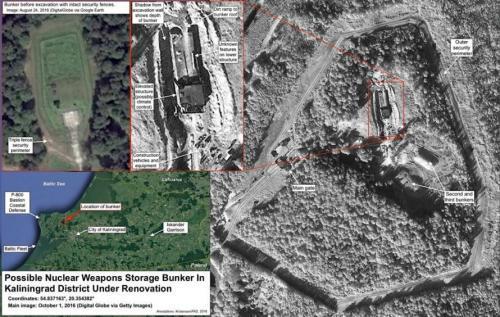 Not too long ago, Moscow deployed the nuclear-capable Iskander missiles to the region. So, it would make sense that Moscow is creating a nuclear umbrella around Kaliningrad to deter NATO from an invasion. 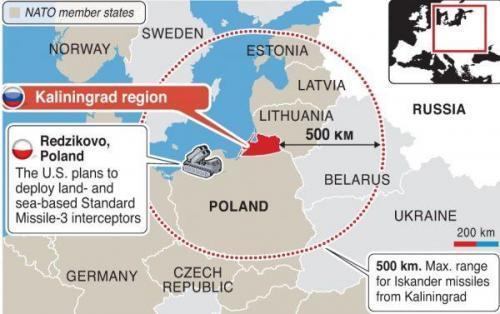 What you see is a realization that you can’t defend Eastern Europe from Western Europe,” Cancian said. “If all your forces are in Germany and in an emergency, you try to rush them east, it’s just going to take too long. Just doing the paperwork [from Germany to Poland] takes a week. It’s clearly better to have your forces in Eastern Europe to start with.”

War is coming, just follow the taxpayers’ money to Europe.

Here’s How To Honor The Fallen This Memorial Day: By Exposing The Warmongering Lies Of Govt

Displaying flags and placing flowers on the graves of military members might be two of the more traditional Memorial Day methods of showing tribute to those who have fallen in battle; but perhaps a new tradition must be initiated — one that would constitute the highest form of respect. It’s time, beginning with Memorial Day Read More…

Pentagon Admits to Using Domestic Drones to Spy on Americans

The topic of drone use is a very new subject and it is one surrounded by controversy in this country, and it is not hard to see why. According to reports released by The Intercept, the clandestine strikes being executed by the current administration, at a rate ten times the previous President, have unintended casualties 90% of Read More…

After nearly two decades, it should be perfectly clear to Americans that the U.S. government has no interest in getting to the bottom of the 9/11 false flag. Whatever potential remains for the truth to be set free will largely be determined by the activists, journalists, and researchers who make up the 9/11 Truth movement. Read More…