There are many afflictions from which one can suffer at a young age, but none cause a parent to feel as helpless as West Syndrome. A child that suffers from, what is called Infantile Spasms (IS) or West Syndrome, is often developmentally delayed later in life and commonly develops autism if the ailment continues at a young age. Babies with infantile spasms commonly stop developing and lose skills that were already mastered, such as sitting, rolling over, or speaking. To make this syndrome all the more heartbreaking, when the seizures are finally stopped, and if the spasms were not controlled or stopped early enough, many children later develop other kinds of epilepsy. About one-fifth of children who have had infantile spasms will develop Lennox-Gastaut syndrome.

Young Josie Mathes is already at the point where her ailment is affecting her ability to move.

“She can’t sit on her own, she’s not crawling, we don’t do solids very well. So essentially we still have a baby when we should be in the toddler stage, ya know?” Josie’s mother Stacie Mathes told The Tennessean

Of the two leading medications that were prescribed, one didn’t work, and the other could potentially cause her to go blind. Sabril is the name of the leading drug prescribed to combat IS and is strongly associated with irreversible retina damage in children with prolonged use. Many commonly prescribed pharmaceuticals have a large number of adverse 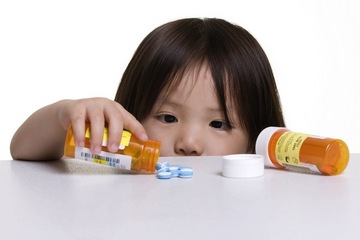 side-effects with surprisingly low success rates when considering what’s at stake. With nowhere else to turn, the Mathes family made the decision to look into the option that many parents in their position have claimed to be the cure to such illnesses: Cannabis Oil.

“There’s not a lot of enjoyment here. Between the seizures and medications, she’s inhibited. I guess essentially she’s doped up. And that’s the hardest part,” Mathes said.

Cannabis oil use recently became legal in Tennessee largely due to Rep. Jeremy Faison and his mission to change the law to make the oil immediately available to those in need. The bill he was sponsoring was designed to change the state’s definition of the word “marijuana” to exclude cannabis oils with low to zero THC and high medical value, essentially rendering the oils no longer illegal to possess or obtain from states where it is readily available. It is still a mystery to many suffering parents why something as useful and non-psychoactive as CBD oil would be restricted, and in many places, completely illegal.

“This is not a medical marijuana bill. This cannabis oil has less than 0.9 percent THC. This has nothing to do with that,” Rep. Jeremy Faison,said

Before the passage of the new bill, the Matheses had considered obtaining cannabis oil in Colorado from which they already had access, and were even considering leaving their beloved state of Tennessee. Breaking the law for only a chance to heal their child would be a difficult choice for any parent. It was especially difficult for this family due to the fact that Mr. Mathes is a police officer.

“We know the law, but at the same time, she’s suffering and it’s not always feasible to up and move to Colorado,” Mathes said.

This caused an obvious conflict of interest. It was interesting to see that a police officer that might have been arresting another for making the same decision a year ago, was now seeing that this issue is not as black and white as many Federal officials try to make it seem. Another development that seemed to be an even larger conflict of interest was what the District Attorney had told the family. Mr. Mathes told The Tennessean that the DA assured him,

’If they were ever charged with a crime related to their use of the oil, “he would not prosecute us.”’

This statement surely upset many other families struggling through similar afflictions without the preferential treatment. For example, during this time Angela Brown was facing Federal charges for treating her son’s traumatic brain 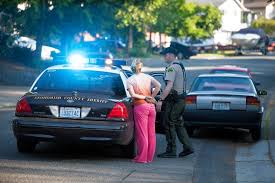 injury, which was causing debilitating seizures, with non-psychoactive CBD oil. Before the oil was taken away by Federal agents, she had successfully stopped the seizures when nothing else prescribed had worked. The seizures returned when the oil was taken away. It would seem that the staunch position that is taken by government officials on the issue of medical legalization only applies to those who are not part of the club. As far as The Last American Vagabond can tell, the Matheses chose to abide by the law, but many families would do just about anything to have that choice.

To that statement, every suffering family can agree. It is always refreshing to hear a police officer speak aloud a different stance than that of the anti-cannabis Federal government. It shows that even those in official positions see the validity of these new medical avenues, but most likely choose to stay in line for their job’s sake. It is unfortunate that it took the suffering of this police officer’s child to cause his change of heart, but none the less, The Last American Vagabond will fight for his right to heal his child however he sees fit.

Joining me today is Vanessa Beeley, one of the few remaining journalists who still regularly puts herself in harm’s way in order to get to the truth that is so often suppressed. She just recently returned from Syria and has some incredible insights into what is taking place in Idlib, and how the guise of Read More…

What You Are Not Being Told About the Afghanistan War

October 7, 2016 marks the 15th anniversary of the invasion and occupation of Afghanistan by US-led NATO forces. 15 years since the bombs began raining down on the country. 15 years of drone strikes and civilian massacres, detainees and prison torture, insurgency and bombings, warlords and druglords and CIA kickbacks. 15 years of death. 15 Read More…

7 Reasons Why We Do Not Need a President

“It is a well-known fact that those people who must want to rule people are, ipso facto, those least suited to do it. Anyone who is capable of getting themselves made President should on no account be allowed to do the job.” ~Douglas Adams No single human being should ever be allowed as much power Read More…