The 95,000 acre Woolsey fire which has coated Southern California with an apocalyptic orange glow may have released a toxic stew of radioactive particles and toxic chemicals into the air, after scorching the land on closed-down government weapons testing facility in Simi Hills known to be heavily contaminated from decades of experiments.

Commencing operation in 1947 for Rockwell’s Rocketdyne Division, a government contractor for the Atomic Energy Commission (AEC), the Santa Susana Field Lab (SSFL) has a checkered safety record, to put it lightly. In addition to several nuclear accidents – including the worst nuclear meltdown in US history, toxic materials have accumulated on-site from years of dumping, just miles from thousands of residents. 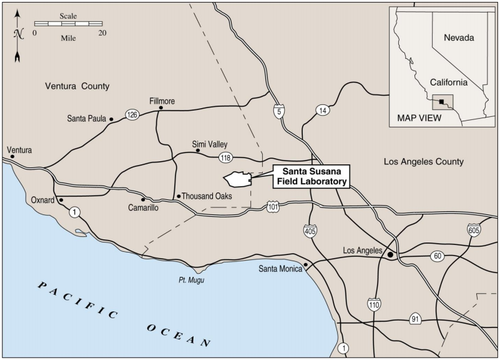 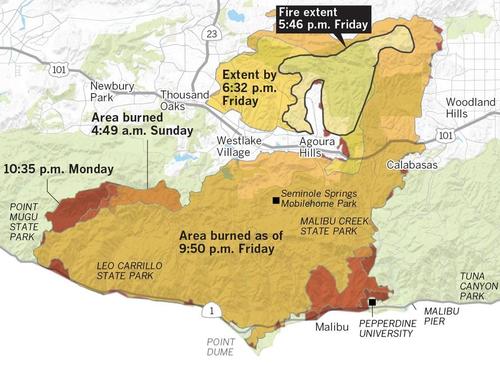 It was the site of several nuclear accidents, including the worst nuclear meltdown in US history when, in 1959, facility operators intentionally vented nuclear material from the site’s “Sodium Reactor Experiment” to prevent it from overheating and exploding. By the time the leaks were closed, the site had released 459 times more radiation than was leaked during the better-known 1979 meltdown at Three Mile Island.

The lab property, now owned by airplane manufacturer Boeing, stretches for 2,800 acres in the Simi Hills, and remains contaminated with toxic materials. Thousands of people live within two miles of the site, and roughly half a million live within 10 miles, according to an investigation by NBC 4 Los Angeles. -Quartz

California officials with the state’s Department of Toxic Substances Control said that as of Friday, November 9, an area of the SSFL site which was scorched by the Woolsey fire posed no danger, stating “Our scientists and toxicologists have reviewed information about the fire’s location and do not believe the fire has caused any releases of hazardous materials that would pose a risk to people exposed to the smoke.”

A group of concerned physicians begs to differ.

According to Robert Dodge – a physician and president of Physicians for Social Responsibility Los Angeles, highly toxic materials embedded in SSFL’s soil and vegetation may have been spewed into the air by the Woolsey fire.

“We know what substances are on the site and how hazardous they are. We’re talking about incredibly dangerous radionuclides and toxic chemicals such a trichloroethylene, perchlorate, dioxins and heavy metals,” said Dodge, adding: “These toxic materials are in SSFL’s soil and vegetation, and when it burns and becomes airborne in smoke and ash, there is real possibility of heightened exposure for area residents.”

Weighing in with satellite imagery tells a similarly two-sided story. These images show that the fires did spread to the compound, but they didn’t take down structures. With near-infrared imagery, dense vegetation appears red while burn scars from the Woolsey fire contrast as dark brown. 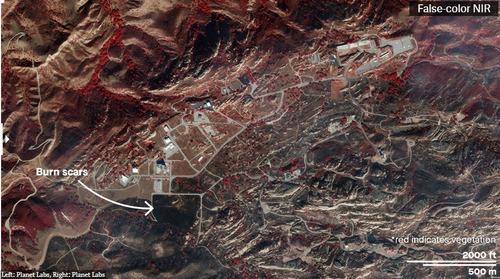 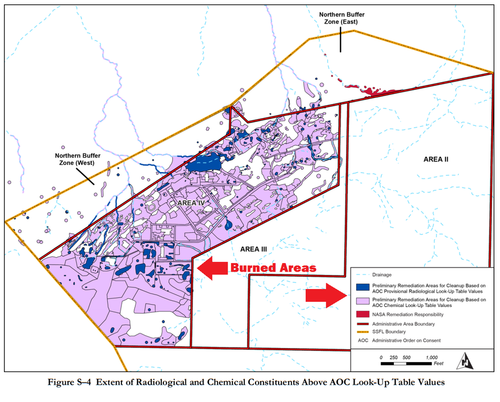 Dodge’s group has also criticized the California Department of Toxic Substances Control – pointing out that the state-run agency is currently under a state-mandated independent review to investigate its handling of toxic cleanups.

According to a Draft environmental statement from the Energy department, Santa Susana Field Laboratory and its adjoining Northern Buffer Zone has never been fully cleaned up.

A 1998 article of Los Angeles Magazine details horrific cancers and other conditions which have afflicted those living near, and working at the site.

“Children growing up near the site swam and fished in streams and played in the dry wash. And one day, Garner rode his red J.C. Higgins bike he got for Christmas through effluent flowing from the lab.

Garner, now 44, lives in Simi Valley. An ironworker, he’s done contract jobs at the lab over the years. In October 1996, he was diagnosed with lymphoma. His wife Leslie had her uterus removed because of cervical cancers. His father – like Garner an ironworker employed occasionally at the lab – has skin cancer and heart problems and is near death. His sister Vickie, 46, has heart and thyroid problems. On one side of a single block of Ramara Avenue in Woodland Hills, five miles from the plant, cancer has been diagnosed in 9 out of 10 houses.” –Los Angeles Magazine

Meanwhile, here’s where the potentially toxic plume of smoke traveled as of November 9: 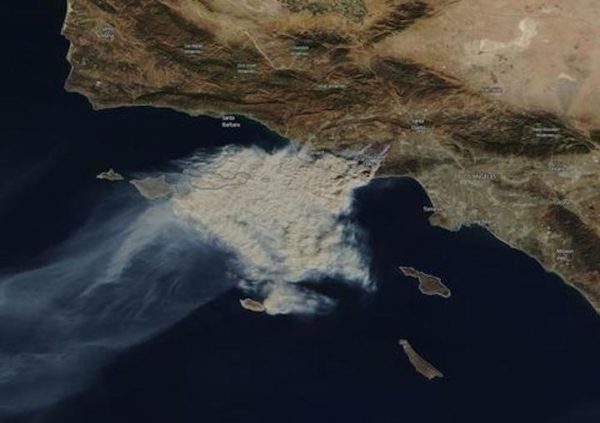 Here is a look at the Woolsey Fire in California as seen from the GOES-16 Weather Satellite this afternoon. #WoolseyFire #cawx pic.twitter.com/EM1WJ5kxiJ

The Trump administration has ended its weeks-long silence on the disappearance of the Saudi Arabian Washington Post journalist Jamal Khashoggi. Following a briefing from Secretary of State Pompeo who has just returned from a visit to Riyadh and Ankara, the president has said that contrary to some hopeful speculation that had emerged early on after his disappearance, Khashoggi does indeed appear Read More…

The Surveillance State has created an apparatus whose implications are staggering. It’s a different world now. And sometimes it takes a writer of fiction to flesh out the larger landscape. Brad Thor’s novel, Black List, posits the existence of a monster corporation, ATS, which stands alongside the NSA in collecting information on every move we Read More…

Welcome to The Daily Wrap Up, a concise show dedicated to bringing you the most relevant independent news, as we see it, from the last 24 hours (5/29/20). As always, take the information discussed in the video below and research it for yourself, and come to your own conclusions. Anyone telling you what the truth Read More…