“If you take any fixation a person has, you are looking at a funeral ceremony for his own creative power. Suppose he’s fixated on money. Dig far enough into that, and you’ll find a brilliant artist who has innovative ideas about making money. It seems impossible, but it’s there. I’ve seen it many times. But you have to open up the whole area, not just a little bit. What you end up with is the blueprint for the formation of a problem. Where does a problem come from? It comes from deciding that your own creative approach to something is too radical. Then you try ‘the normal way’, and that doesn’t work for you. So it’s a problem now. You try to solve the problem and wrestle it to the ground. You can’t. You become fixated on the problem. That’s what happens to people. And to put the cherry on the cake, these people tell you they’re not creative. You can meditate for a thousand years and you won’t solve that. So we come to the question: why do people give up on their own creative power?”

This is a quote taken from a quote that researcher John Rappoport took from a conversation over dinner with a hypnotherapist named Jack True.

Rappoport posted to his website an article, entitled, “The Matrix Revealed: revelations of a hypnotherapist,” which is some commentary on research he conducted during the writing of his behemoth research novel, The Matrix Revealed(which obviously has nothing to do with the film series, and coins the name for the unhealthy and entrapping social conventions that we are all caught in).

The article as well poignantly elaborates:

“Jack was determined to find ways to show people how their own approach to reality was merging with the Matrix. He never tired of explaining his insights based on clinical experience. Jack once told me a person had to be stimulated to pry open his own passive inclinations, in order to discover hidden energies and power. He was all about providing that stimulation, in the form of innovative and sometimes shocking ideas about reality and perception.” 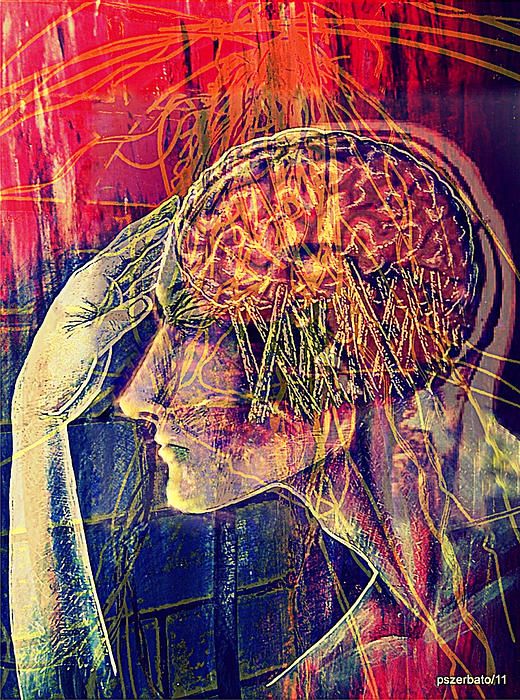 While Rappoport’s article, in no uncertain terms, also serves as a sort of detailed and well-deserved info-mercial of his book and loads of researched material(which is highly recommended by The Last American Vagabond), it more importantly begs the question that too many people are not prepared to ask, let alone answer. The question is pretty simply, “What am I lying to myself about?”

Everyone does it a little bit. On a certain level, it is an entirely healthy coping mechanism, like becoming immune to a poison over time by building a tolerance to it through a hormetic reaction. This level of “lying” on a fundamental level is dictated by the “lag” or “buffering” (to use internet colloquialism) that is required to process the communication between different states of consciousness—i.e. Conscious/Waking; Unconscious/ Dreaming; Subconscious/ Deep Sleep; and Consciousness, which is the Absolute that transcends and stems to all three levels, or the soul. While some people give them slightly different terms, or tag on an extra stage or two (as there are many varying states of consciousness within all these) all traditional esoteric philosophy settles on these four modular states of the self or “Microcosm.”

When there are miscommunications, blockages, or neuroses(whatever term one may choose) between these channels of interaction of the different levels of consciousness, the “buffering” increases and can increase exponentially if unchecked. This “buffering” is the act of psychological fixation, something that PTSD can be defined with, which occurs when information from the ambient environment has presented itself to an individual that is entirely incapable of processing the information, due to their original predispositions of poor communication within themselves.

Trying to pinpoint where these discrepancies of the mind originated is not a fruitless endeavor, but it is ultimately pointless. Studying the past is needed to not repeat it, but beyond this notion, the past is a prison—and the present moment is the only raw material that a person has to work with in order to build a future. What matters in the case of neurosis, PTSD, OCD, or even thick-headness with political or religion ideologies, is not trying to figure out what went wrong in the past, but what steps are needed to make sure these impractical thoughts do not impede the future. As any person can attest to, the present moment is a train in motion, and the pitfalls of the inner mind can tie a person to the tracks like a damsel in distress quite quickly. The truly horrifying thing about it all is that there is nothing to pull oneself up with other than ones own bootstraps—this idea of mental buffering conditions and psychological neurosis is, in no uncertain terms, the burden of proof that karma requires.

Karma should not be understood simply as “bad deeds that someone is paying for,” because it is important to remember that the bad deeds ultimately stem from these inadequacies of mental-framework to begin with. What this analysis is left with is a confusing feedback loop(similar to Socrates’ Theory of Recollection) that scarcely has a beginning, and really only has a trajectory. Karma is not punishment—it is inertia, or the momentum that is gained every time a person strengthens the neural pathways conducive to avoidance, denial, and unhealthy coping mechanisms. Lent from the term in physics, inertia cannot simply be cut off and ended with the flick of a switch either. Like this train on the tracks, it must be guided by the properly educated conductor to guide it to the next station safely. Everything must be taken one step at a time.

People like Jon Rappoport, and altruistic hypnotherapists are great ways to ignite this fire of innovation within people—for there are so many people out there who have been deadened for so long to the feel of their own karmic patterns, that they scarcely remember when they ever had a choice. However, once a person is given that karmic gift—the spark of the flame of recollection—the burden lay squarely on the individual’s shoulders to learn how to skillfully play the cards with which they have been dealt.

Today we saw a major drop in the cryptocurrency market, and simply by looking at the coordinated timing of the different government statements and releases, it becomes clear that this was a concerted effort to bring down the market. Now whether that was to be able to slide in and scoop up all the currency Read More…

The US Biden administration has launched its second round of airstrikes on Syria this year, also bombarding Iraq, in a move which it defends as forwarding the aims of peace and stability. Yet it only seems like the strikes have worked to escalate tensions with the two countries and Iran. This Monday morning the US Read More…

The US-led coalition says it targeted a top Islamic State terrorist commander who was involved in the beheading of a US officer and posed an “imminent threat.” Local media, however, claim the airstrike hit Syrian Army positions. “Coalition forces conducted precision strikes against a senior ISIS [Islamic State, IS] member, Abu al Umarayn, and several Read More…