Today, at the U.S. headquarters in New York City, a record 171 countries showed up to sign the Paris Climate Agreement, which was reached just four months ago. Many are calling this an unprecedented move for both international politics and climate legislation. UN Secretary-General Ban Ki-moon was quoted as saying,

“Paris will shape the lives of all future generations in a profound way – it is their future that is at stake. Today we are signing a new covenant for the future.”

The agreement aims to keep global temperatures “well below” 2 °C and “to pursue efforts to limit the temperature increase to 1.5 °C above pre-industrial levels.” The deal only goes into effect if at least 55 countries representing at least 55% of global emissions of carbon dioxide sign and ratify the pact, indicating that they agree to be bound by the rules. 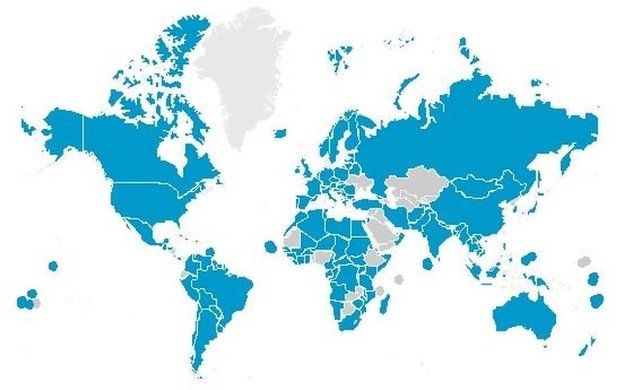 While this is quite a big move that can have massive ramifications for the future vision of the world, there is much work left to be done for this agreement to become law, as well as some highly questionable motives/omissions that have many in the alternative media questioning the real reason behind it all.

For the deal to become law, it must first be approved by the government of each country, which means parliaments, congresses, or other bodies of law, will have to ratify the set of agreements at the national level. So for now, the deal is nothing more than a voluntary handshake agreement. There is no teeth or enforcement mechanism to it as of yet, but the hope for lawmakers is that soon there will be ways to punish countries for not abiding by the rules.

Due to a subtle clause in the treaty prohibiting any new president from removing the U.S. from the agreement for at least four years, President Obama is very keen on ratifying the deal before he leaves office as part of his legacy. This is especially worrisome at the moment for Obama for fear that a Republican like Trump will not be as committed to the cause.

The European Union also has many hurdles to climb, as they have to reach agreements within Europe about how much each country will be allowed to emit. Undoubtedly, this will take some time to hash out, especially as money gets more involved and pocket books become affected. China has also said it would “finalize domestic procedures” to ratify the Paris Agreement before the G20 summit in China in September.

It’s safe to say that there will be quite the mad rush to get everything passed and ratified if they are to reach an agreement by the desired time of 2017 or 2018 at the latest. However, despite the obvious need to address the growing problems in the environment (especially when the world has entered the 6th mass extinction) there are many issues that are either being omitted from discussion or being used for nefarious purposes in order to gain more power for an already élite class.

One of the major areas in which people are being deceived is climate change itself; the climate science is still highly debatable. That’s not to say that there is nothing wrong with the environment because clearly there is, but the science and agenda behind solving it are highly suspect to say the least. Another major factor is that the ones pushing climate change, and the science behind it, are the very same élite people that have been conning the American people for years. Can they really be trusted now?

Another major issue is that by having a large international agreement as such, it sets up the world to bring about a type of global governance system, which should really concern anyone who has actually taken the time to understand the New World Order Agenda. In the most basic terms, it’s a subtle way of setting international standards, which supersede domestic laws.

As part of this international governance system, they plan on setting up international tribunals for world courts, which essentially are unelected leaders who arbitrate for international disputes. It also allows corporations to sue governments, which can be extremely dangerous, depending upon the specific case. That’s not to imply that governments shouldn’t be held accountable, but if a state or country wants to pass a law and that law does not meet the international standards, then that state or country is subject to being sued by a corporation for not meeting the international requirements. Do we really want a world where everything is under the same rule of law and people cannot affect their local legal or political systems?

The other major issue is the plan of carbon tax permits as the solution to the problem. This is only a cleverly disguised massive money-making scheme, with big banks like Goldman Sachs ready to capitalize on this multi-trillion dollar market. This also doesn’t take into account the globalization structure in general, which has the world shipping products all over the world, when in fact, they could be produced at home very easily. This would go a long way in reducing the so-called “carbon footprint,” yet this isn’t on the table because obviously it would hurt the pocketbooks of big business and government.

At the end of the day, it seems that much of the Paris Agreements on climate change have little to do with saving the Earth, and a lot more to do with lining the pocket books of the fat cats, while doing very little good. Some good might indeed come from this agreement, yet this seems to be the total wrong approach and does not seem really centered around the environment. There is plenty of time and it remains to be seen what will come of this, but it’s important that people pay attention and do the proper research on the subject. An educated public cannot be duped and therefore cannot be controlled. A open-minded free-thinking population with compassion in their hearts is the only thing that will inevitably save this Earth. One love for all of nature.

This is an excerpt of The Daily Wrap Up 3/16/21 & 3/18/21 As always, take the information discussed in the video below and research it for yourself, and come to your own conclusions. Anyone telling you what the truth is, or claiming they have the answer, is likely leading you astray, for one reason or Read More…

“Be The Change You Wish To See In The World” — Misattributed, Misused, And Obscenely Underappreciated

Name a quote by Mahatma Gandhi. Odds are the first thing that jumps into your mind is the famous, “Be the change you wish to see in the world.” It’s a good quote. It’s pithy enough to fit on a bumper sticker, and it resonates deeply with something inside us all which tells us that Read More…

With Hillary Clinton continuing her run of days without a press conference, the nation is growing increasingly concerned as day after day more headlines – from even the mainstream media – cast shadows over her actions as Secretary of State. With more records reported to be released tomorrow, AP reports another nail in the coffin Read More…

One Reply to “Paris Climate Deal Reached: Remains To Be Seen What Will Come Of It”