In episode 3, Keith and Tim examine what is commonly referred to as neoconservatism, which is an ideology that has come to dominate the politics of the Republican Party for the last couple decades, particularly during the George W. Bush presidency. Unbeknownst to many conservatives is the historical foundation upon which neoconservatism was built, specifically how its roots can be traced back to communism and in particular Trotskyism. What makes this so interesting is that many conservatives see themselves as being rabidly outspoken against communism, yet the truth is that many of the leaders they’re voting into power to represent the Republican Party are in fact ideologues with communist roots.

As mentioned in the previous episode, neoliberalism is the economic engine driving globalism. Similarly, neoconservatism is the muscle enforcing globalism around the world. Without brute force to backup these globalists’ policies, many nations would resist them and not conform to the western consensus. The neocons flex their muscles most notably by interventionist wars, such as in Iraq and Afghanistan while George W. Bush was president. These imperialist endeavors are often justified by claiming that they are spreading “freedom/democracy,” defending their ally Israel, fighting a holy war against Islam, and most notably, that America is exceptional and it’s our duty to take care of the entire world. At their core, the neocons are interested world domination with America as the undisputed leader. 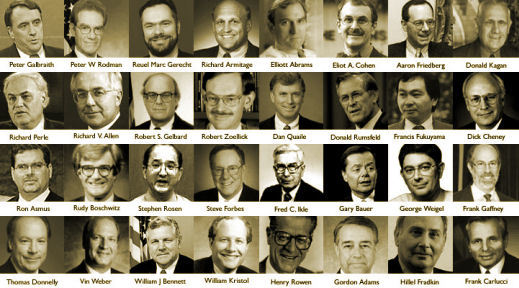 Unfortunately, if one takes a step back and looks at the foreign policy of the U.S. government over the last few decades, it’s pretty clear that the neocons have implemented disastrous, if not treasonous policies that go against the will of the American people. This idea that America should be the policemen of the world and that every nation needs to cater to our interests or risk invasion is a barbaric and misguided way of viewing the world that needs to be stomped out if peace is to be achieved amongst nations. It also must be understood that this radical war against Islam being waged by the neocons will go nowhere until they address the people within the U.S. government who are actively funding, arming, and training the Islamic rebels they claim to be fighting against, who in turn fight the proxy wars on behalf of the U.S.

To break away from such a toxic system, that has resulted in millions of civilian deaths around the world, it’s paramount that people begin to learn how this system functions; specifically the who, what, where, when, and why behind the neoconservative ideology. Once people begin to identify the core of the ideology and how it all works, then they can begin the necessary process of uprooting it and ultimately replacing it with something much better. The goal of this podcast is simply to aid in the process of understanding the problem, because here at The Last American Vagabond, we know that a better world is attainable if we keep seeking out the truth and building on those enhanced understandings.

Customs And Border Protection Clarifies: You Have No Rights While Traveling

The government is like a poorly trained dog. If you let one bad behavior go, it just escalates until they bite. The government has been searching electronics like cell phones and laptops at the border since early in the Bush administration. But because the 9/11 attacks were fresh, and because the practice was not widespread, Read More…

Unraveling Political Theory: What Is Anarchism?

To understand the world of politics and change it for the better, it’s paramount that people begin to study political theory and the ways in which it has manifest throughout history up into the present day. By bringing light to the origins of political and philosophical thought, the present day becomes all the more explainable Read More…

Welcome to The Daily Wrap Up, a concise show dedicated to bringing you the most relevant independent news, as we see it, from the last 24 hours (8/9/18). So many bad things are happening around the world, and few of them at the hands of the people we are told to irrationally hate. In fact, Read More…