The tide has shifted. The American people are bravely and collectively venturing into uncertain waters. An unprecedented twenty-three states and the District of Columbia have passed laws in direct contradiction with Federal decree in regards to cannabis. This movement is not happening for personal gain or power, but for the good of the people. Americans are beginning to see the immense contrast between, what is in the best interest of the nation, and what is actually happening. For the first time, the masses are beginning to see that the fate of the country cannot be left in the hands of men who’s actions have 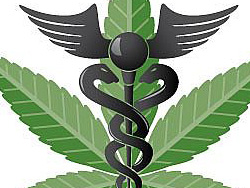 proven that they care only for personal interests. When the latest study shows that almost half of Americans will be diagnosed with cancer at some point in their lives, and herbs that have been proven to cure cancer are branded illegal due to a mixture of greed and deliberate ignorance, the people are not only within their rights to circumvent the Federal government but are bound by the constitution to do so. It would be cruel and even immoral to not act when innocent people are dying everyday, while the answer is purposefully hidden from their desperate hands. Within this need for action the current movement has arisen.

This movement has been revolving around the legalization of marijuana and industrial hemp since its beginning. It is a topic that is more important to the future of this country than the average American understands. However, it is just the foothold of a much larger crusade; one fighting for American’s constitutional rights. The need for cannabis in the medical industry gave the people the rallying point that was needed to begin a campaign of awareness towards all constitutional injustices. This fight is indeed for the medical use of marijuana, as well as its recreational use, but more so for the overall freedom of choice each American has a right to, in his or her own home.

In a time where the government has never been more omnipotent, the people have found their voice again. Citizens of this country are starting to see that they are being oppressed, and it is cast in a light that makes that oppression appear to be some sort of parental supervision for individual safety. The average American is slowly losing constitutional rights, and has been convinced over the years that this is progress. Convinced that this is “America moving forward” into a new, safe and controlled future, without the Constitution. 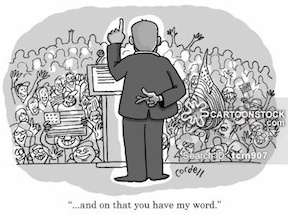 The government’s history of lies and corruption has long been known to those who have read a book, or done the smallest amount of research, and it has only gotten easier to recognize and spread in this age of electronic interconnectivity. Unfortunately there are those who still refuse to see the lion in their midst. It is the path of the righteous to guide those unwilling to see the truth, to the light. It is once again time for the people to rise up and fight for their rights, that are disappearing with every passing day. This does not have to mean violence. This means peaceful revolution; a stance on the moral high ground of the constitution and the support of the American people. The government continues to raid peaceful dispensaries trying to intimidate those less fortunate in the way of intelligence. However, the movement is only made stronger by these obvious acts of desperation intended to scare the American people into their place. It seems the current powers that be have forgotten the true place of the American people: When any form of government becomes destructive of these ends [life, liberty, and the pursuit of happiness] it becomes the right of the people to alter or abolish it. – The Declaration of Independence

Is the U.S. Military Planning to Take Over America?

The U.S. military is making plans to take over America by 2030. No, this is not another conspiracy theory. Although it easily could be. Nor is it a Hollywood political thriller. Although it certainly has all the makings of a good thriller. No, this is the real deal, coming at us straight from the horse’s Read More…

SHOCK REPORT: Anti-Terrorism Spending in US 50,000 Times More than Any Other Cause of Death

The 2016 presidential election, in keeping with the American tradition of a two-party dictatorship, is looking to be a choice between a modern-day fascist and a thoroughly corrupt, lying war monger. As mainstream media cheers on the failure of democracy, the candidates go on telling us how they will spend the money that is taken Read More…