As reported overnight, the anonymous source of documents alleging Emmanuel Macron’s involvement with an operating agreement for a Limited Liability Company (LLC) in the Caribbean island of Nevis returned to release several high quality images of the purported documents along with promises to release even more documents and identify account locations and the extent of the assets Macron is supposedly hiding from regulatory authorities.

The leaker noted that Macron’s assets were not located in the Bahamas as was reported by some media outlets, but in the Cayman Islands, another known hotspot for tax evasion. They further stated that they were taking measures to conceal their identity because they are located in the European Union and did not wish to be arrested. The leaker also explained that they were one of a small group of individuals working online with a source in the Cayman Islands to expose the leaked information. They claimed that they were in possession of SWIFTNet logs dating back for several months, and would soon not only know where Mr. Macron’s alleged accounts are located but also the “extent of the money he is hiding from [France’s] government.”

Then, earlier today, this is precisely what happened when 4chan released several gigabytes of email archives and files related to Macron. It was enough to attract Wikileaks’ attention.

Alleged multi-GB team Macron email archives. Could be a 4chan practical joke. We are examining https://t.co/wLemQiYHT2

Update: #MacronLeaks contains many tens of thousands emails, photos, attachments up to April 24, 2017–around 9Gb in total

The hacker released the thousands of alleged Macron emails and documents on an anonymous pastebin location:

Two smaller files with no ZIP/RAR

Then on Friday evening, Macron’s political party said its computer systems were hacked, after “thousands of emails and electronic documents purporting to come from the campaign were posted anonymously on the internet Friday evening.”  According to the WSJ, the files had been obtained several weeks ago from the personal and work email accounts of party officials, according to a statement from Mr. Macron’s party, En Marche!, or On the Move. The file dump comes less than two days before the final round of France’s presidential race, which pits Mr. Macron against far-right nationalist Marine Le Pen.

“The En Marche! Movement has been the victim of a massive and coordinated hack this evening which has given rise to the diffusion on social media of various internal information,” the statement said.

The party said that the cache “includes both authentic and falsified documents with the goal of sowing doubt and disinformation,” which is another way of stating that anything that is potentially damaging will be claimed to the fake, while the innocuous documents are “authentic.”

Here is full statement from Macron campaign. It says authentic docs have been mixed up with fake ones, “to sew doubt and disinformation.” pic.twitter.com/nhVckpd32p

As Reuters adds, an interior ministry official declined to comment, citing French rules which forbid any commentary liable to influence an election, and which took effect at midnight French time on Friday. Comments about the email dump began to appear on Friday evening just hours before the official ban on campaigning began. The ban is due to stay in place until the last polling stations close on Sunday at 8 p.m.

Already accusations have emerged that this is a hacking similar to what occurred with Hillary Clinton, when over 30,000 emails by John Podesta were leaked, exposing the “dirty laundry” of Clinton’s campaign, a hack she has subsequently claimed cost her the presidency. Naturally, the Kremlin has already been implicated as being behind the hack. 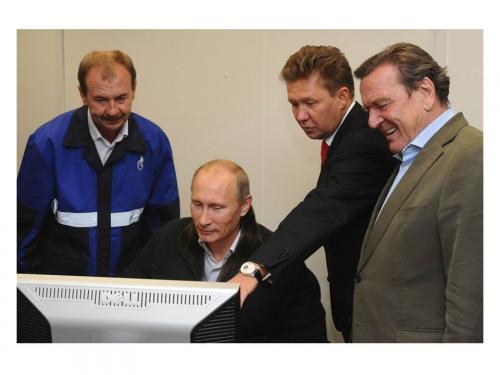 Could tonight’s hack have a similar impact on Macron? In a tweet, Wikileaks asks “who benefits?” and notes that the “Timing of alleged dump is too late to hit vote but will surely be used to boost hostility to Russia & intelligence spending.”

Who benefits? Timing of alleged dump is too late to hit vote but will surely be used to boost hostility to Russia & intelligence spending.

Why #MacronLeaks will not change French election. Macron has a 13 point advantage and French media pre-poll blackout has already started. pic.twitter.com/lwAme93gNL

Perhaps Wikileaks is right, although it likely depends on what documents are disclosed inside the hack. Should it be confirmed that Macron indeed lied, as hackers have previously alleged, about an offshore account and engaging in tax evasion, his chances of winning could be deeply impacted. We will present any of the more notable documents we uncover.

Nations The World Over Disapprove Of US Foreign Policy, Except For Israel

You don’t need a Pew poll to know which way the world thinks. But it is useful. Last week, the United Nations General Assembly voted overwhelmingly to condemn the US embargo against Cuba. A total of 189 member-nations said Cuba did not deserve this embargo, which began in 1961 and has continued unabated to this day. Only Read More…

Lobbied Into Submission: Politicians Are Paid To Ignore & MSM Is Paid To Distract

Welcome to The Daily Wrap Up, a concise show dedicated to bringing you the most relevant independent news, as we see it, from the last 24 hours (3/21/18). The recent story that has been pulling attention away from other government atrocities and wrong-doings (as is usually plan) is the news that reveals … Bombshell… Facebook has Read More…

A federal appeals court has blocked an attempt by the Trump Administration to move an unidentified detainee out of the U.S. On Monday, the U.S. Court of Appeals for the D.C. Circuit blocked the Trump administration from transferring an unidentified United States citizen, accused of fighting for the Islamic State in Syria, to another country. Read More…