Editor’s Note: As The Last American Vagabond has been cautioning since the addition of new information in the Seth Rich murder investigation — other than the facts established by independent media when this story first broke following the mislabeling of Seth’s murder as a ‘botched robbery’ by the DC police in 2016 — many are choosing to simply overlook the fact that the new information is all based, yet again, on an anonymous source that cannot be verified. In stunningly hypocritical fashion, we see staunch Democrats, who blindly buy the “Russian hacking narrative” with zero evidence save for “anonymous sources,” who lash out at anyone spreading the Seth Rich story as perpetuators of “fake news” without even a hint of irony. Conversely, we see staunch Republicans who ceaselessly demonize the other side for spreading ‘Russian hacking nonsense’ yet are all too happy to buy into the Seth Rich story hinging on the same anonymous source material, simply because it suits their narrative. THIS is the reality of modern “mainstream news(propaganda)” as well as modern politics, and we must hold ourselves to a higher standard. The long-winded point being: this redacted FBI memo, which reportedly shows an “on-paper” connection to WikiLeaks, is yet again coming from a source that cannot be verified; a supposed ‘source within the FBI’ that will not be revealed. Which does not mean it is indeed fake, but simply means that no one, especially news organizations, should be reporting this as if it is proof of anything. Yet, TLAV feels quite strongly, based only on the original data, that the Seth Rich case is very real, and of paramount importance. So this memo is worthy of discussion most definitely, but we should not allow ourselves to be pulled into this slanderous world of half-truths, but hold steadfast to what we can prove.

WikiLeaks has released a tweet claiming this “FBI memo” is an “exceedingly poor quality fabrication.”

This doc is an exceedingly [deliberately?] poor quality fabrication as is indicated by the header and other elements https://t.co/OatE7AziEV

Murdered DNC staffer Seth Rich has long been suspected of being the source who leaked thousands of Democratic National Committee emails to online whistleblower organization WikiLeaks. Even WikiLeaks founder Julian Assange alluded to the possibility that Rich was killed for what he knew.

And while the Democratic Party has made every effort to discredit any connection between Rich’s murder and WikiLeaks, going so far as to target anyone who makes mention of it with character assassination or censorship, the following document from the Federal Bureau of Investigation confirms at least part of the story.

According to Borderland Alternative Media, who obtained a heavily redacted memo from an anonymous FBI source, the document sheds more light into the Seth Rich murder investigation, noting that he did, in fact, have DNC emails on his computer. And though it is unclear what connection the FBI made with the DNC or WikiLeaks, both are mentioned in the memo.

In a heavily redacted memo, released to me by a source within the FBI, we see Seth Rich’s name. The Email states that the laptop contained DNC and Wikileaks information.

What that code means is name of person being looked into. “SCR” Seth Conrad Rich. Location “DC” with “408” documents. Any FBI Memo, if it’s a target of an investigation will show a code that can be used by journalists to request a FOIA. So FOIA experts can use that code and obtain a less redacted version.

Because of the heavy redaction, it is unclear what connection, if any, has been established by the FBI between Rich, the DNC and WikiLeaks, because it only contains partial information.:

Custody of Laptop was… [REDACTED]

Here is the full redacted memo: 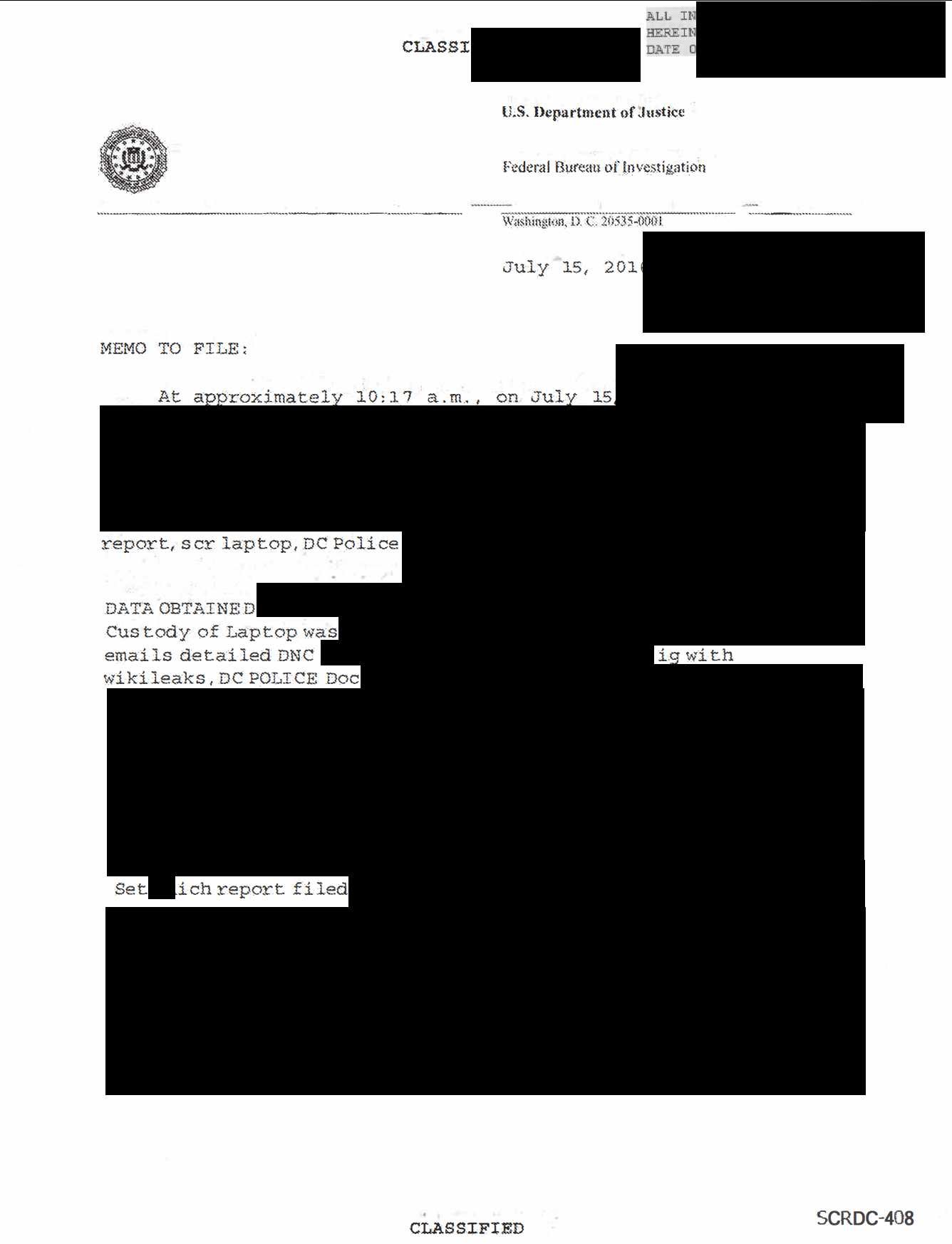 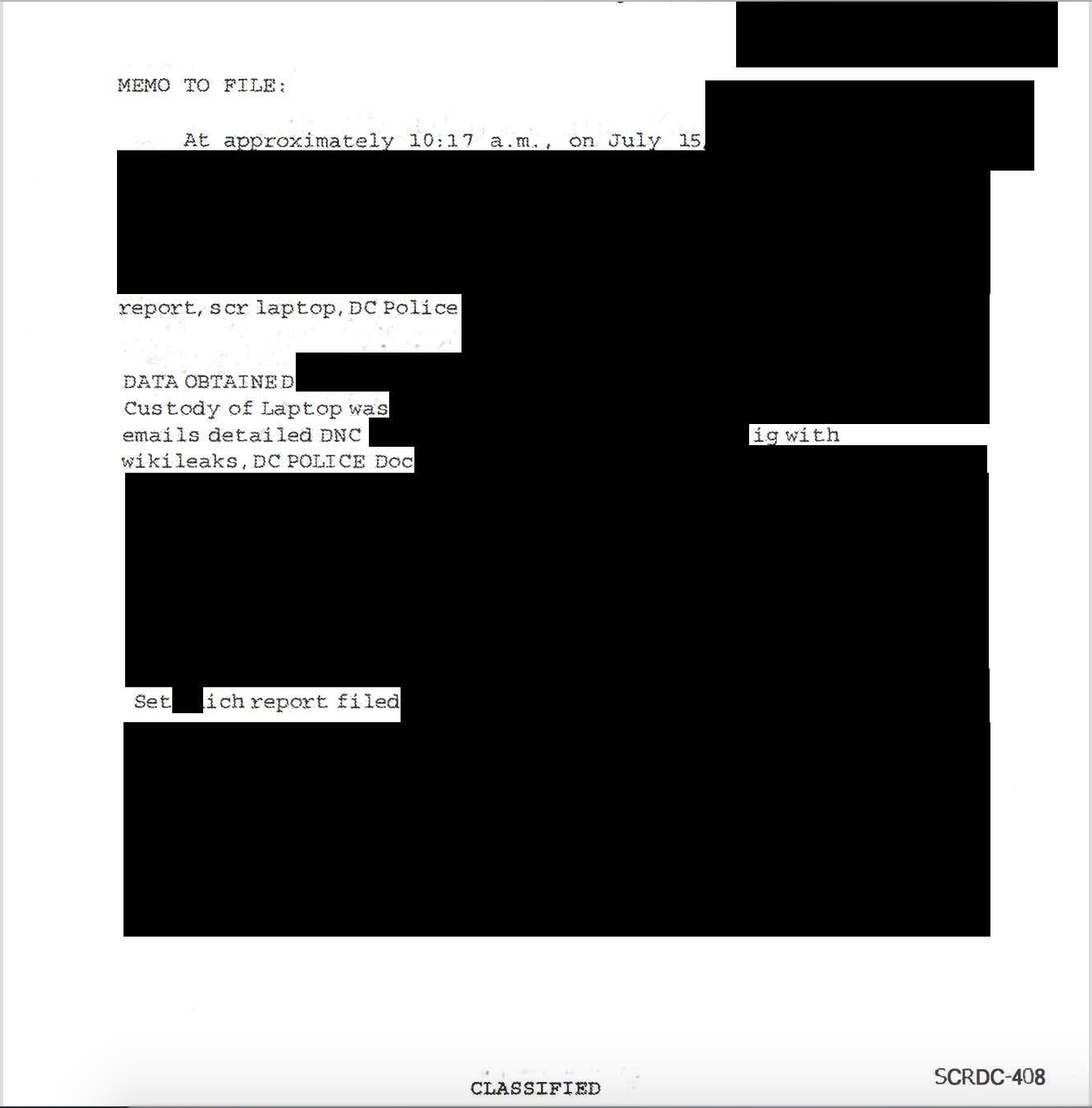 Scientists Demonstrate What Meditation Does To Your Gut & Your Brain

An interview first aired in 2013, conducted by private investigator and independent media researcher/broadcaster, Ed Opperman of the Vegas-based Opperman Report, interviewed retired New York detective James Rothstein, who worked a career in Human Trafficking and Vice-related crimes, a field of investigation that quickly led him directly to the underbelly of the New York City cultist underground. Read More…

Welcome to The Daily Wrap Up, a concise show dedicated to bringing you the most relevant independent news, as we see it, from the last 24 hours (3/28/19). As always, take the information discussed in the video below and research it for yourself, and come to your own conclusions. Anyone telling you what the truth Read More…